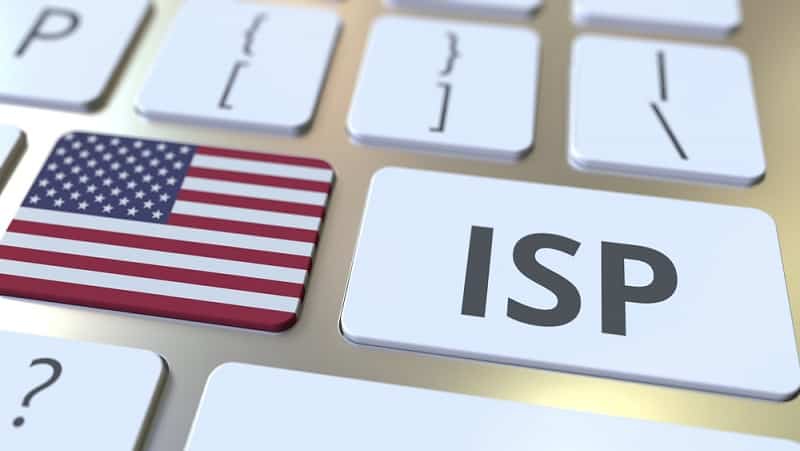 Those of us who live between “sea to shining sea” know that our choice of Internet service providers (ISPs) in the United States is relatively limited, given our country’s population and expanse of area. Too many urban areas have ISP duopolies—a choice between either an MSO (“the cable company”) or a telco (“the telephone company”).

This lack of meaningful ISP competition has, of course, proved detrimental to consumers. According to the Council of Better Business Bureaus (CBBB), Internet service complaints surpass those of other industries. In 2019, BroadbandNow reported that overall broadband industry customer satisfaction is 48.3%. Multiple system operator (MSO) Comcast rebranded to Xfinity in 2010 after years of customer complaints. Cable One became Sparklight in 2019.

Also, ISPs inevitably buy out their competitors. While corporate acquisitions mean greater economies of scale for ISPs, consumers often pay higher subscription rates for service after these mergers. On top of bad service and high rates, users receive slower data speeds than their counterparts in other nations. To be fair, the nation’s relatively slow aggregate data speeds are partially due to the prevalence of thinly populated areas in flyover country.

The line between telco and MSO has blurred in recent years. AT&T has long been synonymous with “the telephone company.” But in search of revenue and market share, traditional telcos like AT&T and Verizon (the successor to GTE) now have attributes of an MSO. They deliver mobile and fixed wireless services and provide video content. AT&T owns DirecTV and Big Red has Verizon Digital Media Services.

Take a look at reviews.org’s video on “The Best Internet Service Provider for YOU.”

How Do ISPs Deliver the Internet?

So you want to surf the web? Americans have eight technologies from which to choose. Few locations, however, have all eight options available.

Dialup and satellite Internet are well-nigh available universally. Forget T1s; a T1 delivers but 1.5 Mbps and telco loop charges are prohibitively expensive. Fiber availability is limited. DOCSIS and DSL are available throughout major urban areas as well as in some rural locales, many of which also have fixed wireless options. Some 93% of the nation can access mobile 4G LTE.

Prices for each technology wildly vary, even by region. Those who have more options generally pay lower prices for their service than those limited to two or three choices. You can safely presume that dialup costs the least while fiber costs the most. Heavy data users will find mobile 4G LTE pricey, too.

The number of ISPs in the U.S. is constantly in flux as providers continually merge and acquire competitors. One source estimates that in 2002, 7,000 ISPs served North America (including Canada). The latest figures from BroadbandNow find only 2,681 American providers, categorized as follows:

Readers will note that this number far surpasses 2,681. Many providers, like AT&T and Verizon, offer various ways for subscribers to access the Internet.

How do we know there are 2,681 American ISPs? BroadbandNow compiled providers’ Form 477 information, filed biannually with the FCC, which lists basic data such as subscriber base, coverage area, Universal Service Fund (USF) contributions, etc.

As of late 2019, American consumers can choose between just two sat ISPs: HughesNet or Viasat. They provide Internet service to all 50 states, D.C. and territories such as Puerto Rico, Guam and the U.S. Virgin Islands. While they offer nationwide service, both sat ISPS have isolated “dead” pockets—mostly in the western U.S—where their signal is unavailable.

Officially, HughesNet provides “true” broadband speed (as recognized by the FCC) of 25 Mbps. Viasat claims to offer data speeds as high as 100 Mbps but realistically, expect only 12 to 30 Mbps in most locations.

Readers note: subscriber numbers for the four major MNOs include “hosted providers” such as MVNOs. Many MVNOs use a combination of two or more MNOs for their virtual networks and MNOs include these MVNO subscribers as part of their overall customer base.

The only other major American MNO (i.e., a “facilities-based service provider”) is U.S. Cellular. With towers in 23 states, it has but 5 million customers as of March 2019. Several regional MNOs serve rural Americans; many of these carriers have a presence in only one state. Moreover, some only offer 3G connectivity. See the list below:

America’s 4G network includes both LTE and so-called LTE Advanced. As of late 2019, 5G was just beginning its rollout, and only from Verizon and AT&T. T-Mobile announced its 5G rollout will begin on 6 December 2019.

MSOs, of course, are traditionally known as cable TV providers, companies granted exclusive franchises from municipalities or townships to provide TV programming with a much wider variety of choices than conventional over-the-air (OTA) TV stations. Once American OTA TV went digital in 2009, the number of OTA channel choices virtually quadrupled as stations began adding “substations” on their digital airwaves.

This development, as well as “Over The Top” (cord cutting) video streaming from providers such as NetFlix, Roku, YouTube, etc., finds MSOs struggling to retain their customer base. Bundling cable TV (and now IPTV), Internet and phone services were once exclusively the purview of MSOs. Now heavy hitters such as AT&T (with DirecTV and U-verse) and Verizon (Fios) offer the same service bundles over DSL and for those lucky few, fiber.

Yet conventional MSOs have two aces in the hole; the coaxial cable and Data Over Cable Service Interface Specification (DOCSIS). With fiber backbones moving closer to subscribers’ doorsteps, some MSOS now offer DOCSIS 3.1 technology with broadband speeds that rival that of fiber. These are essentially hybrid fiber networks, with coax spanning “the last mile” from backbone to customer interface. The same coax delivers both DOCSIS 3.0 and 3.1.

Speaking of Google Fiber (not a conventional MSO), one readily sees how relatively few Americans have access to residential fiber to the home (FTTH) technology. While some of the companies above—AT&T, Comcast, Charter, Verizon, Cox, Altice, Frontier, Cable One, CenturyLink, TDS Telecom, Windstream and Cincinnati Bell—have customers accessing the Internet via fiber, these numbers are dwarfed by comparison to their total subscriber base.

When crunching state-by-state (including PR and D.C.) numbers BroadbandNow uses, it appears that 105.4 million Americans have potential fiber access—or over 32% of the nation’s population. Incredibly, the state of Iowa leads the U.S. with 193 fiber providers serving 29% of the state’s population. Not so incredibly, a densely populated small state such as Rhode Island (with 25 providers) offers the greatest percentage of coverage (84.2%) to their residents.

The largest fiber providers in the U.S. are:

Dialup ISPs from the last millennium are legacy providers of Internet services over POTS. Some familiar names are still in business but their subscriber numbers are far diminished from 20-25 years ago. Still, as of 2013, 9.4 million Americans relied on dialup to access the Internet—some 3% of the U.S. population. In 2015, AOL still had 2.1 million subscribers.

While interminably slow at 56 kbps (0.056 Mbps), dialup is available virtually everywhere and is relatively secure. But in the context of speed, dialup isn’t that cheap. What’s worse, many web pages today are designed to load over broadband Internet connections. Thus, many requested web pages won’t load because downloads timeout. And, of course, dialup Internet monopolizes a phone line, preventing incoming or outgoing calls while the service is in use.

While so-called “accelerators” are available, their utility is limited to compressing data such as HTML, Javascript, JPEGs, GIFs, text and email. Streaming video and audio files, secure web pages (note most pages are secure nowadays) and media files with music and images cannot be compressed. These accelerated speeds can be equivalent to wireless 3G.

According to Internet Advisor, 124 providers currently provide dialup web access in the U.S. Virtually all of them serve subscribers in one or two states. Most dialup web access services are provided by ILECs serving territorial customers. For example, Oklahoma Western Telephone Company (aka Phoenix Communications) Internet dialup access serves 29,000+ subscribers.

Fixed wireless Internet service providers (WISPs) were once mostly mom-and-pop companies serving the hinterland with legacy DSL-like data speeds. In the last few years, thanks to upgraded infrastructure, connection speeds have greatly improved. Behemoths like AT&T and Verizon have muscled into this long-underserved market, delivering fixed LTE to homes and small businesses.

At last count, some 1,583 WISPs were found across America, some offering speeds of 1 Gbps. Others, conversely, may deliver as little as 3-6 Mbps or even less. On the whole, if rural subscribers can corral between 25-50 Mbps, they can consider themselves fortunate.

Digital Subscriber Line service is strictly a telco offering, originating in the late-1980s and marketed to subscribers frustrated by slow dialup and ISDN speeds. It’s fast becoming obsolete, superseded by other, faster technologies such as VDSL and DOCSIS. It’s still found in country hamlets beyond the reach of a cable company but here, customers are now turning to faster fixed wireless LTE.

Some 886 providers ply DSL services. They include traditional LECs such as AT&T and Verizon, ILECs (Nucla Naturita Telephone Cooperative of Colorado, for example) and competitive local exchange carriers (CLECs) such as Raw Bandwidth Communications of California, which also owns dialup provider Copper.

Consumer Internet usage should determine how one accesses the web. Data-heavy applications such as video streaming more or less demand Internet technologies beyond dialup, legacy DSL and primitive fixed wireless products. But be prepared to pay for true broadband in flyover country where users are only too happy to pay whatever price it takes to watch OTT content that doesn’t buffer.