In the short span of 20-something years, Americans who once shared a POTS landline with a home phone and computer now use dedicated high speed Internet access and, in many cases, no home POTS at all. The dialup internet service providers (ISPs) of yesteryear have all but disappeared. Remember AOL? The once mighty company had millions of subscribers – in 1997 half of all American homes with internet access used AOL –  and the money to acquire Time-Warner. Bought out by Verizon in mid-2015, AOL at the time of the merger only had 2 million dial-up users remaining. The company now focuses on digital advertising and media content.

What is an ISP?

Wikipedia defines an ISP as “an organization that provides services for accessing the Internet.” Among the services they may provide in addition to Internet access and transit are web and email hosting and domain name registration. ISPs connect to their users via many diverse technologies: fiber to the home (FTTH), television cable (CATV) and wireless Ethernet (Wi-Fi). Other options include Integrated Services Digital Network (ISDN),  Asymmetric digital subscriber line (ADSL) and satellite internet access. The biggest pipelines are Asynchronous Transfer Mode (ATM) and Synchronous Optical Networking (SONET).

The various types of Internet connections for consumers and businesses

Today broadband is the preferred choice around the world for Internet access. Akamai’s most recent State of the Internet finds that download speeds across the U.S. average about 15.3 Mbps, an increase from 14.2 Mbps in 2015. Much of these gains are reflected from the launches of gigabit internet services from companies such as Cox in Tucson, AZ, Metronet in Illinois, Lumos Network in Virginia, Comcast in the midwest and southeast U.S., Ting in Idaho and NTS Communications in Louisiana. For Q4 2015, Akamai claims the state of Delaware had the fastest average peak connection speed (APCS) with 88 Mbps. Second was the District of Columbia at 82 Mbps followed by Massachusetts at 81 Mbps.

Ookla (the people behind speedtest.net) reports that for the first time in 2016, download speeds in the U.S. average more than 50 Mbps. On the other hand, almost 40% of rural Americans don’t have access to the FCC’s definition of “broadband” (25 Mbps) services. Overall, the fastest Internet speeds are up by 42% compared to 2015. Note that Ookla only gauges the top 10% of each ISP’s up and down speeds and thus this metric does not render a comprehensive measurement of U.S. Internet speeds in toto.

Mobile speeds have improved as well. The maximum average download speed on the 4G networks of the Big 4 wireless carriers (AT&T, Sprint, T-Mobile and Verizon) is 132 Mbps with Verizon leading at 160.5 Mbps. Overall, the four carriers average 22.8 Mbps down nationwide; again, Verizon leads with 27.8 Mbps.

Note that the term “broadband” is defined by the Federal Communications Commission (FCC) of the U.S. federal government as “any connection with a download speed of at least 25 Mbps and an upload speed of at least 3 Mbps.” Also be aware, as mentioned above, that there is difference between connection speed (Internet bandwidth) and download speed. While connection speed is usually expressed in Kbps or Mbps (bits), download speed is generally measured in KBps (bytes). The difference lies in the fact that data is delivered in packets or synchronized payload envelopes (SPEs) of bytes (8 bits). These SPEs have data known as message headers (sender and receiver addresses, etc.), transparent to the end user and discarded once reaching its final destination. So out of any 8 bits an end user receives, one or two won’t be used for the information seen on an end user’s device screen.

Most Americans either rely on the local telco or cable company for Internet access. In fact, Zach Epstein of bgr.com claims that “almost one third of U.S. households have no choice for broadband service” and 67% have two options or less even though the World Bank notes that as of 2014 over 87% of Americans use the Internet. These statistics indicate that most of the U.S. is at the mercy of a duopoly, typically a cable TV provider and the local telco. As a result, consumers suffer from
* lack of speed
* inadequate infrastructure
* unreasonable cost
* often indifferent service

To get an idea of how advertised broadband speed differs from actual speed in the U.S., go to the federal government’s national broadband map and see how your area compares with other regions. For those who want to measure their Internet speed connection, visit the Speed Test website. This site connects your computer to a nearby server. Since proximity ensures optimal bandwidth for testing, a user can gauge connection speed for downloading or uploading files.

All well and good, the reader might say. But how do these increases in connection speed affect download speeds of what really matters, like streaming services such as Netflix? Glad you asked. Using the Netflix ISP Speed Index metric, which measures prime time Netflix performance across the network of a specific ISP, Netflix ranks Verizon FiOs first, Bright House second and Optimum third. See the chart below.

Why YMMV with Internet Speed

While ISPs can and do tout speeds that occur only under ideal conditions, factors beyond their control can slow down connections:

* Distance matters. City dwellers tend to be closer to an ISP’s hardware than those who reside in the boondocks. Hence city folks usually have faster connections.

* A congested network slows down Internet traffic. Remember you’re sharing (or in many cases, competing for) an Internet connection with your neighbors. Should you, for example, have hardcore gamers or constant BitTorrent users nearby, your connection will suffer.

* Busy hours? typically between 6 pm and midnight? usually have slower speeds since more people tend to use the shared connection during this interval.

* “Throttling,” or the slowdown of traffic by the ISP, may occur once a preset amount of data has been downloaded during a month.

* Servers and routes play large roles in Internet speed. Traffic between continents goes through a variety of servers and carriers, all of which could have any number of hardware components like add/drop multiplexers, regenerators, etc. All it takes is one chokepoint to slow speeds.

* Regarding chokepoints, one common bottleneck is a user’s Network Interface Controller (NIC). If this adapter can’t deliver a fast connection, the user can’t take advantage of the ISP’s maximum connection speed. A computer’s OS and disk read/write speed are potential speed bumps as well.

Below is a comparison of the connection speeds/packages offered by the largest cable providers and telcos in the U.S. as measured by number of subscribers according to Leichtman Research Group. As noted above, not all carriers (or their high speed products) have universal coverage across the totality of the nation. Speed and availability can be limited due to existing franchise agreements, adequacy of infrastructure and tariff limitations. Speeds and packages change as providers upgrade their networks. 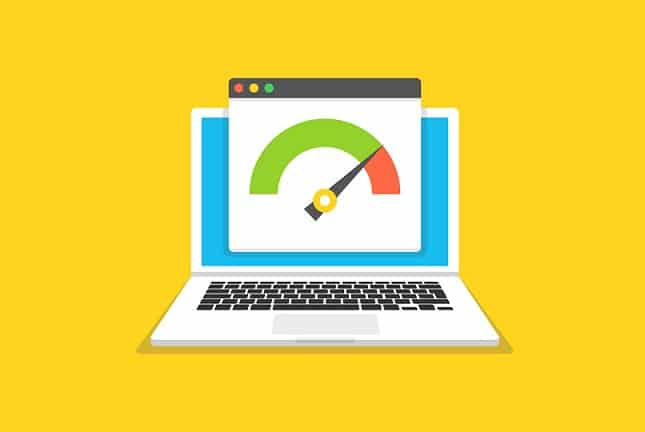