What Is a Good Internet Speed?

What is a good Internet speed? The answer: it depends on how one uses the web. Someone who needs only to check email, browse web pages and hang out at social media sites doesn’t need smoking-fast data speeds. For households that stream video on HD TV or 4K UHD TV—especially those with multiple devices—data speeds that meet the FCC’s definition of broadband (25 Mbps down) may not be good enough.

Too, a good Internet speed for a legacy technology like DSL or early generation fixed wireless isn’t a good data speed for fiber or DOCSIS 3.1. In today’s installment of the IAG, we specify a “good” Internet speed based on a survey of the various technologies people use to access the Internet.

Before we delve into details, let’s watch reviews.org’s Craig Hanks tell us how fast 100 Mbps is: https://www.youtube.com/watch?v=jm0uOdPDxgQ

Extensively used to access the Internet in the 1990s, dialup steadily lost ground to faster technologies such as DSL and DOCSIS as the new millennium wore on. In 2008, according to a Pew Research Center study, only 10% of adults in the U.S. used dialup. By 2010, dialup Internet users in America fell to 6% and just 3% by 2013.

Since plain ol’ telephone service (POTS) was built for voice traffic, POTS bandwidth is limited to voice frequencies between 300 to 3,300 Hz or bandwidth of 3,000 Hz. These low frequencies can carry only a limited amount of data. Think about how much data your home WiFi transmits using frequencies of 2.4 GHz or 5 GHz.

The max speed of dialup is 56 Kbps; 40 Kbps is more the norm. Dialup ISPs such as NetZero, TurboUSA and EarthLink increase perceived speeds by compressing data, increasing web page text throughput to approximately 1,000 Kbps and GIFs/JPEGs/PNGs to 300 Kbps. The downside of lossy compression is reduced image quality.

Should you want to download videos over dialup for later viewing, plan ahead. A two-hour movie data file of 700 MB requires 213 hours (almost 9 days) to download. In other words, fuggedaboutit. Your dialup ISP will drop or terminate the connection before the download is complete.

We mentioned (and dismissed) these telco data circuits in previous IAG forays. While they offer SLA reliability, 20th-century T-carrier technology is far too expensive for the data speeds it delivers.

But T-carrier service is essentially a telco offering to businesses, not residents. According to business.org, in 2017 the cost of a T3 connection was a minimum of $3,000 per month. This cost doesn’t include upfront construction costs, connection fees and other tariff charges telcos hit customers with. Cost and availability are reasons enough for web users to look elsewhere for Internet access.

Data over Cable Service Interface Specification (DOCSIS) first appeared in March 1997 and is one of the most popular ways to access the Internet. D3 and now D3.1 combine affordable cost and fast data speeds over coaxial cable to hundreds of millions of Americans. Virtually every home built since the late 1970s has multiple rooms wired with coax, originally used to connect TVs to cable operator programming. These outlets accommodate Internet access, too.

Good Internet speed over today’s DOCSIS is pretty much any speed you want. Specifications for D3 top out at 1.2 Gbps down and 200 Mbps up while D3.1 provide a max of 10 Gbps down and 1 Gbps up. (D3.1 Full Duplex, now rebranded as D4, is 10 Gbps up and down.) While cable service subscribers shouldn’t expect to receive speeds close to maximum capabilities, DOCSIS is still really fast.

Currently, Spectrum offers 100 Mbps down and 10 Mbps up for $45/month promo rate with modem included and no data cap. (Regular price is $70/month.) For most Americans, this too is affordable and offers sufficient data speeds for multiple devices.

DOCSIS isn’t perfect; data rates slow over the DOCSIS data pipe as more subscribers share the same bandwidth. But based on speeds and price, DOCSIS is the best choice for most Americans to access the web, at least until fiber comes to your doorstep.

In North America, consumers have two choices for satellite ISP: HughesNet or Viasat. HughesNet provides a maximum of 25 Mbps down and 3 Mbps up. Viasat claims to offer download speeds of 100 Mbps but most areas typically receive speeds of either 12 Mbps or 30 Mbps down.

Thus, a “good” Internet speed for satellite would be the HughesNet baseline of 25 Mbps, which coincidentally just happens to match the FCC definition of broadband. Again, like DOCSIS, speeds slow as more subscribers tap into the data pipe. We’ll leave alone for now what a “good” latency interval would be.

Fiber to the Home (FTTH) delivers to consumers the fastest data speeds available. Lightwave technology surpasses speeds of all other Internet access technologies because, well, it uses light and not copper wire or radio waves. Fiber is the latest “Keeping up with the Jones” technology trend, like having the chillest Samsung Galaxy or Apple iOS mobile device. Truth is, most consumers don’t need gig data speeds at home.

While hundreds of fiber ISP providers serve Americans, their service areas, unfortunately, are geographically limited. Data speeds vary; most fiber ISPs have packages offering speeds between 100 Mbps to 1,000 (1 Gbps) full-duplex. Some providers, like Google Fiber, offer 100 Mbps for $50/month in Austin while 1 Gig speeds are only $20 more a month. Needless to say, these prices are more than competitive with most DOCSIS providers.

As with DOCSIS, a “good” Internet speed for fiber is pretty much what you want it to be. Most anyone would jump for joy to have 100 Mbps full-duplex at home—particularly gamers and those who spend hours online in video conferencing.

Becoming more prevalent (and faster) in recent years, fixed LTE is a serious option for those in the hinterland beyond the reach of FTTH, HFC, DOCSIS or DSL networks. Depending upon location, users can enjoy speeds as fast as 50 Mbps down, on a par with the fastest mobile LTE speeds provided by Verizon. On the other hand, older WISPs may offer speeds that mirror those of legacy DSL.

With these caveats in mind, declaring a “good” Internet speed for fixed wireless depends upon one’s location, choice of providers and Internet access options. Many rural Americans can choose only between satellite, dialup and fixed wireless for web access. If latency and data caps are a consideration, 3 to 5 Mbps from a WISP may be the best choice. Remember those ridiculously puny data thresholds HughesNet and Viasat impose on subscribers.

A pricey but viable alternative to wired home Internet connectivity is the personal mobile device. As with satellite ISPs, mobile providers impose ludicrously shallow data thresholds on subscribers—many basic service tiers constrain users to only 2 GB data per month before throttling them down to dialup speeds. This is good enough for talk and text but not much else.

Also, U.S.-based MNOs have a well-deserved reputation for charging among the world’s highest prices for relatively slow LTE speeds. This is partly due to the sheer number of mobile devices—just about every American has one. With so many users competing for limited bandwidth, data speeds slow. If one opts to exclusively access the web via mobile LTE, expect to pay hundreds of dollars monthly for the same amount of data an MSO or telco allots to its customers.

So, what is a “good” Internet speed for 4G LTE? Expect faster speeds if you use your device in an urban area—say, at least 20 Mbps. Smaller burgs might receive 10 Mbps on a 4G network. For rural areas—those served by 3G wireless networks—you’re lucky if you get 3 Mbps.

Digital Subscriber Line has long been a whipping boy for telcos that fail to deliver speeds and connectivity subscribers routinely expect with DOCSIS.

Patented in 1988, so-called “xDSL” (a term summarizing various DSL technologies) speeds have improved over the past 30+ years, all while still relying on the same twisted-pair copper wire in use since the 19th-century. These include symmetrical (SDSL, viz, full-duplex), asymmetrical (ADSL), Very high bit-rate digital subscriber line (VDSL) and many other variants, most with unacceptably slow speeds by today’s expectations.

xDSL technologies with the data speeds consumers want are:

Take these purported speeds with a grain of salt. Distance from the originating CO’s DSLAM (unless the signal is repeated in route) to the subscriber greatly affects signal and data quality. After about 18,000 feet, a DSL signal attenuates to the point where data is no longer transmitted. Thus, subscribers closer to the CO receive faster, higher quality data than those at the end of the line.

Moreover, telco sales reps usually don’t inform consumers about the technical standards of the various xDSL technologies. While this omission is understandable since most people aren’t knowledgeable about xDSL particulars, it can also mean that consumers overpay for a service they don’t receive.

While 20 years ago these speeds were considered “broadband,” they just don’t cut it with today’s video streaming. This is “hamlet” DSL, territories where cable DOCSIS has yet to venture. And again, distance from the CO matters. A basic ADSL subscriber will not receive 8 Mbps down speeds if located three or four miles from the DSLAM.

While urbanites may have access to VDSL, rural web users will usually have to settle for one of the ADSL technologies. Unless a DSLAM is across the lane from the farmhouse, consider fixed LTE wireless if data speeds matter.

We haven’t dealt with 5G in today’s foray; it’s still in the initial stages of rollout in America. But those who’ve read previous IAG articles on 5G remember our objections to the technology, particularly with its emphasis in the U.S. on MMW. It certainly won’t be a “replacement” product for wired broadband in rural areas.

And, since 5G standards have yet to be finalized, who knows what a “good” 5G Internet speed is? For certain, a “good” 5G speed will depend upon the frequencies it uses. In other words, sub-6 GHz 5G will have slower data speeds than 5G MMW. 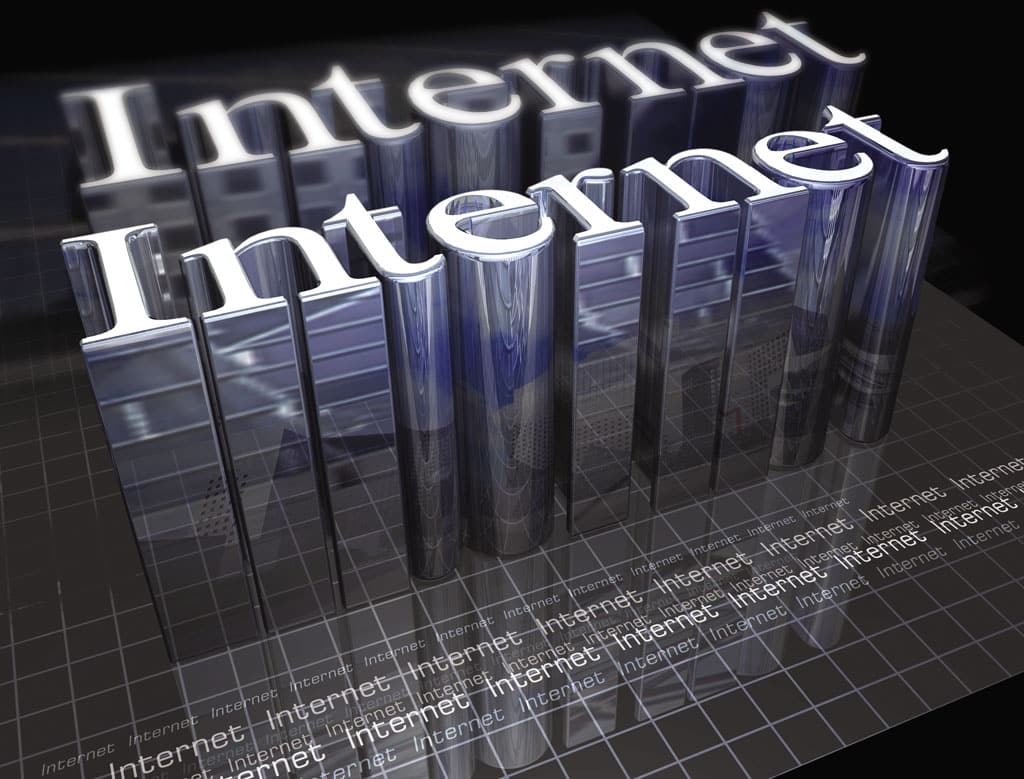