You probably use WiFi every day. No doubt you know WiFi is transmitted via radio waves. But how is WiFi different from OTA TV and broadcasts and radar? When comparing 2.4 GHz and 5 GHz WiFi—the two WiFi bands most used in North America—you’ll see each has both pros and cons. Your WiFi needs will determine which radio frequency best serves your wireless devices.

A trademark registered by the Wi-Fi Alliance trade association, Wi-Fi® is a family of standards manufacturers use to certify their wireless products for WiFi interoperability. WiFi standards are overseen by the Institute of Electrical and Electronics Engineers (IEEE).

Note that the Wi-Fi Alliance and the IEEE are separate organizations. As the VCE Guide states, the IEEE is “responsible for the standards that apply to wireless networks” while the Wi-Fi Alliance is an agency “that regulates compliance with… radio frequency and transmission power-level regulations and standards on a global basis.”

The table below depicts data speeds for WiFi 1—WiFi 6:

Note that WiFi 5 and WiFi 6 speeds above are based on a single data stream.

ISM and Consumer WiFi Use

Upon viewing the table above, readers may well wonder: Are other WiFi frequencies available besides 2.4 GHz and 5 GHz? Yes and no. The “1-6 GHz” bands refer to unlicensed frequencies reserved for industrial, scientific and medical (ISM) use. For example, microwave ovens operate at the 2.4 GHz frequency. Hence, its use interferes with 802.11b/g/n/ax and Bluetooth WiFi devices.

The explosion of IoT device usage such as wireless doorbells, surveillance cameras, etc., means that non-ISM applications now compete for connectivity on increasingly-crowded bandwidths, especially at the 2.4 GHz frequency. Huawei global VP Daisy Zhu says, ” The U.S. has a problem with spectrum.” No kidding.

In the U.S., TV and radio stations broadcast at radio frequencies far below that used for WiFi.

DFS checks for channel availability, looking for the presence of radar signals which, depending upon region, may take up to 10 minutes. If none are detected, the channel is denoted as “Available.” If radar is detected (“In-Service Monitoring”), DFS requires the network to wait up to 30 minutes before trying the channel again for WiFi usage.

Fortunately, not all 5 GHz channels are subject to DFS restrictions. But this is why, when booting up a WLAN network, users have immediate access to 2.4 GHz while 5 GHz availability is delayed.

Of course, it’s firmly established in radio propagation that path loss increases as frequency increases. The same holds with materials. The “attenuation value” of 2.4 GHz differs greatly from that of 5 GHz. Ibwave.com found (unsurprisingly) that 5 GHz has roughly double the transmission loss compared to 2.4 GHz when permeating 40-year old concrete.

This value of attenuation loss applies to other materials as well. Refer to the table below (adapted from ibwave.com):

However, attenuation rates increase and diverge for conventional glass and exponentially so for low-emissivity (Low-e) glass, which greatly reduces UV and IR—and radio wave—permeation.

The range limitations of 5 GHz WiFi has led to the emergence of mesh networking and extender kits. These systems reach a home’s WiFi dead zones, places where 2.4 GHz might have previously reached but 5 GHz can’t.

As alluded to above, the chief drawback to 2.4 GHz is its susceptibility to radio interference. If you use an 802.11g laptop, your computer competes with IoT devices, Bluetooth, microwave ovens, etc. for 2.4 GHz bandwidth.

Conversely, 5 GHz has 25 non-overlapping 20 MHz-wide channels. Those who lust for even more data speed can bond channels to create wider data paths of 40 MHz or 80 MHz. But in doing so, one reduces the number of 5 GHz data paths. In densely populated areas—viz, apartment complexes or office buildings— bonding 5 GHz channels can result in the same congestion frequently seen with 2.4 GHz.

So, when comparing 2.4 GHz and 5 GHz WiFi, which frequency should you use?

The answer depends on your home’s needs. Most homes today need both bands (and a dual-band router); the bigger one’s family, the more devices are in use.

Homes with lots of IoT devices in particular need to reserve 2.4 GHz bandwidth for these devices while utilizing 5 GHz for their data-hungry devices and applications like video streaming and gaming. However, if your WiFi needs are simple—say you rely on just one desktop PC at home and don’t stream data to a UHD or HD TV—you’ll do just fine with 802.11g and an ISP’s budget-friendly speed tier. 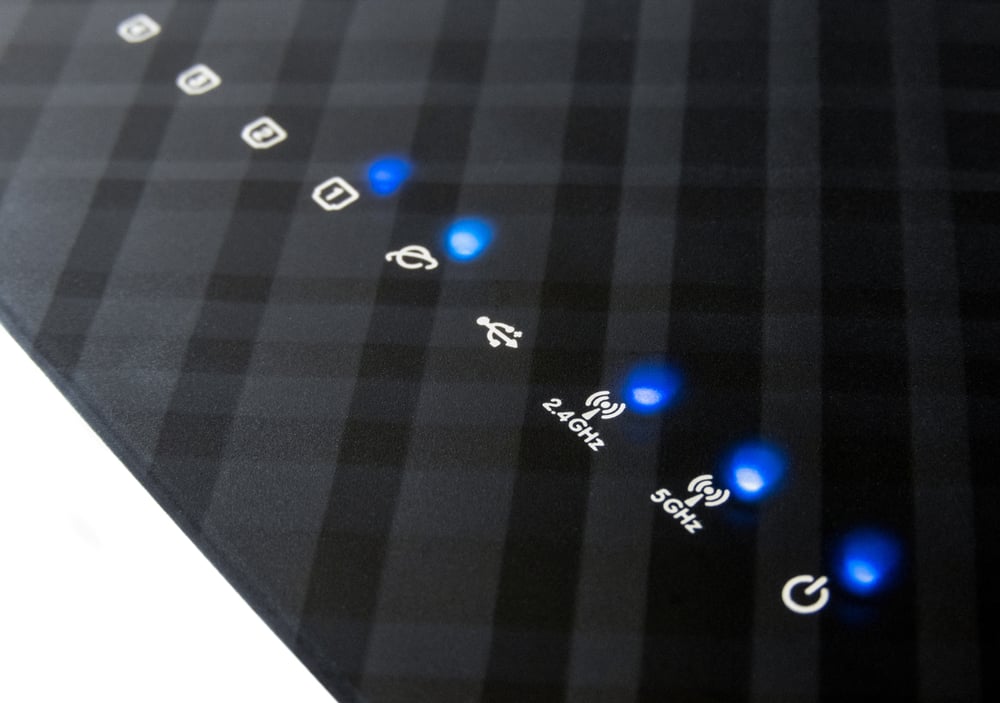