As a preamble to today’s topic of fixed wireless phones, may our gentle readers indulge us as we start by mentioning the concept of “Universal Service“—the policy of offering an affordable and basic level of utility (e.g., landline telephone) service to users. Even some lesser developed countries have this form of entitlement; it’s made telephone usage commonplace in rural areas at affordable cost. In fact, many Americans did not know that until less than a decade ago they were legally guaranteed landline telephone service provided by their local exchange carrier (LEC) at virtually any address. For most Americans, their LEC would be AT&T or the successor RBOCs (Regional Bell Operating Companies) or GTE (now Verizon).

But in recent years the Death Star (AT&T) and Big Red (Verizon) have convinced legislators and Public Service Commissions (PSCs)/Public Utility Commissions (PUCs) in many states—including Texas, North Carolina and Wisconsin—to end universal landline service. The LECs’ rationale is that these areas can be competitively served by wireless voice and data carriers (aka Mobile Network Operators or MNOs). Of course MNOs are not subject to Universal Service dictum in any state.

Having had his experience with RBOCs, their tariffs and their lawyers, your intrepid blogger responds with (insert derisive raspberry here). LECs want to cherry-pick the most affluent subscribers in the most populated areas. They’re not interested in serving rural, off-the-beaten-path locations even though everyone who pays a telephone bill has a part of his payment dedicated to the Universal Service Fund (USF). Per the Telecommunications Act of 1934 and later amended by the Telecommunications Act of 1996, the USF

So you’ve discovered that the Death Star and Big Red couldn’t care less about ensuring that you and hundreds of thousands of other Americans in flyover country have access to 21st century modern communications. The U.S is a big country with lots of locales left wanting for phone and Internet service. What’s the answer? Fixed wireless broadband.

Fixed wireless is a point-to-point (P2P) signal transmission via terrestrial platforms using radio waves or a laser bridge for relatively short distances. (A laser bridge is a “free space” optical communication technology using visible light instead of radio waves.) One obvious advantage of wireless is that it is available to users in remote areas without the need for optical or copper cable installation. One advantage not so obvious is that wireless bandwidth capacity and transmission is not hindered by the signal loss inherent with distant cable runs, in particular copper. 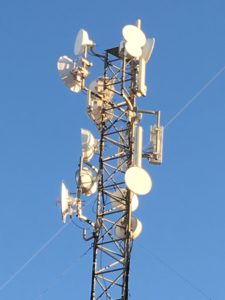 The typical fixed wireless local area network (LAN)—and this is NOT the Wi-Fi LAN found inside a home or business—utilizes two locations and two directional radio antennas, one aimed at its counterpart at the distant end. The size and shape of these antennas vary on transmission distance, bandwidth capacity of the transmission and atmospheric conditions typically found between the two locations. Line-of-sight is vital since trees and other obstacles can attenuate radio signals and cause an unacceptable bit error rate (BER).

By narrowing the beam of the radio waves as much as possible, reliability of the signal is increased and the possibility of eavesdropping is reduced. The spectrum used by wireless carriers is often unlicensed, e.g., 900 MHz (outside the U.S.), 1.8 GHz and Wi-Fi frequencies (2.5 GHz and 5 GHz). However, digital microwave long-haul carriers may utilize licensed frequencies for quality of service reasons and/or for greater bandwidth capacity.

Fixed Wireless—Not as Fast as “Broadband” But Not Bad

Per the Federal Communication Commission (FCC) 2015 Broadband Progress Report, we define “broadband” at a minimum speed of 25 Mbps download and 3 Mbps up. This change of course made DSL providers—particularly AT&T and Verizon—unhappy since DSL comes nowhere near these speeds. Fixed wireless doesn’t either; it tops out at 10 Mbps. But for rural subscribers who previously had to choose between either dial-up or satellite Internet access, 10 Mbps is a godsend. It’s fast enough for gaming and HD video streaming, just not simultaneously. It should be considered the bare minimum for “broadband” connectivity for most families in the U.S.

Note that fixed wireless differs from WiMAX and cellular because, as mentioned previously, it is a P2P connection. This means the wireless service serves just one physical access point per subscriber and does not support the roaming capability available with cell phones.

Don’t Need Data? How About a Fixed Wireless Phone?

For those who don’t need to lurk on Facebook or check their emails, a fixed wireless phone is a good option—as long as a cellular signal is available. This device is for those who want the convenience and familiarity of an old-school desktop phone yet need GSM SIM card technology for connectivity.

A good example of this product is the Wireless Quadband GSM Desk Phone. It looks exactly like a phone from a 20th century key telephone system except for the antenna on the side. Other differences abound—most importantly, the use of a GMS SIM card. As most mobile device users know, a SIM card provides validation for the device’s use with a mobile network. The Quadband is a “carrier-neutral” device, meaning that it’s “unlocked” and can be used on any GSM-compatible network. It also allows users to send and receive SMS messages. The four bands—850/900/1800/1900 MHz—on the phone ensure its use virtually anywhere in the world where there’s a GSM network.

These phones are 2G, meaning they’re suitable for voice traffic. However, since most American carriers are phasing out 2G by repurposing 2G spectrum for 3G and 4G, your device may have limited practical service. In fact, AT&T has already decommissioned its 2G network and any 2G device using the 850/1900 MHz bands (2 of the 4 bands this phone uses) will no longer work on AT&T’s mobile network.

A similar device is the Tellular Phonecell SX5D Fixed Cellular FAX phone. Notice that this phone is a dual band device (900/1800 MHz) as opposed to the quad band phone described above and is limited to use in Europe, North America and parts of Latin America. The same caveat emptors mentioned above apply to this phone as well: this is a 2G device and is obsolete or will soon be obsolete in the U.S.

See this device for yourself on this video:

After viewing these two products, the gentle reader no doubt begs the question: Isn’t there a 3G fixed wireless phone available? Yes! The Sourcingbay M932 is a dual band 3G desktop phone that has SMS, Caller ID, redial and hands-free functions. This is a WCDMA device, meaning it works on AT&T’s 3G network on the 850/1900 MHz frequencies. Beware that it does NOT work on GMS 2G networks and it only works in North America and parts of Latin America, Asia and Oceania. For exact regions supporting 3G WCDMA 850/1900 MHz devices, see this.

This video gives a demonstration on how to send SMS messages on the M932:

In the U.S. at last count over 1,300 carriers provide fixed wireless service to both rural and urban areas. In many cases, these carriers are the only option available. As of 2013, the U.S. ranked 16th in the world in terms of broadband connectivity with 38.1 million Americans underserved. To find a fixed wireless provider in your area of the U.S., click here. 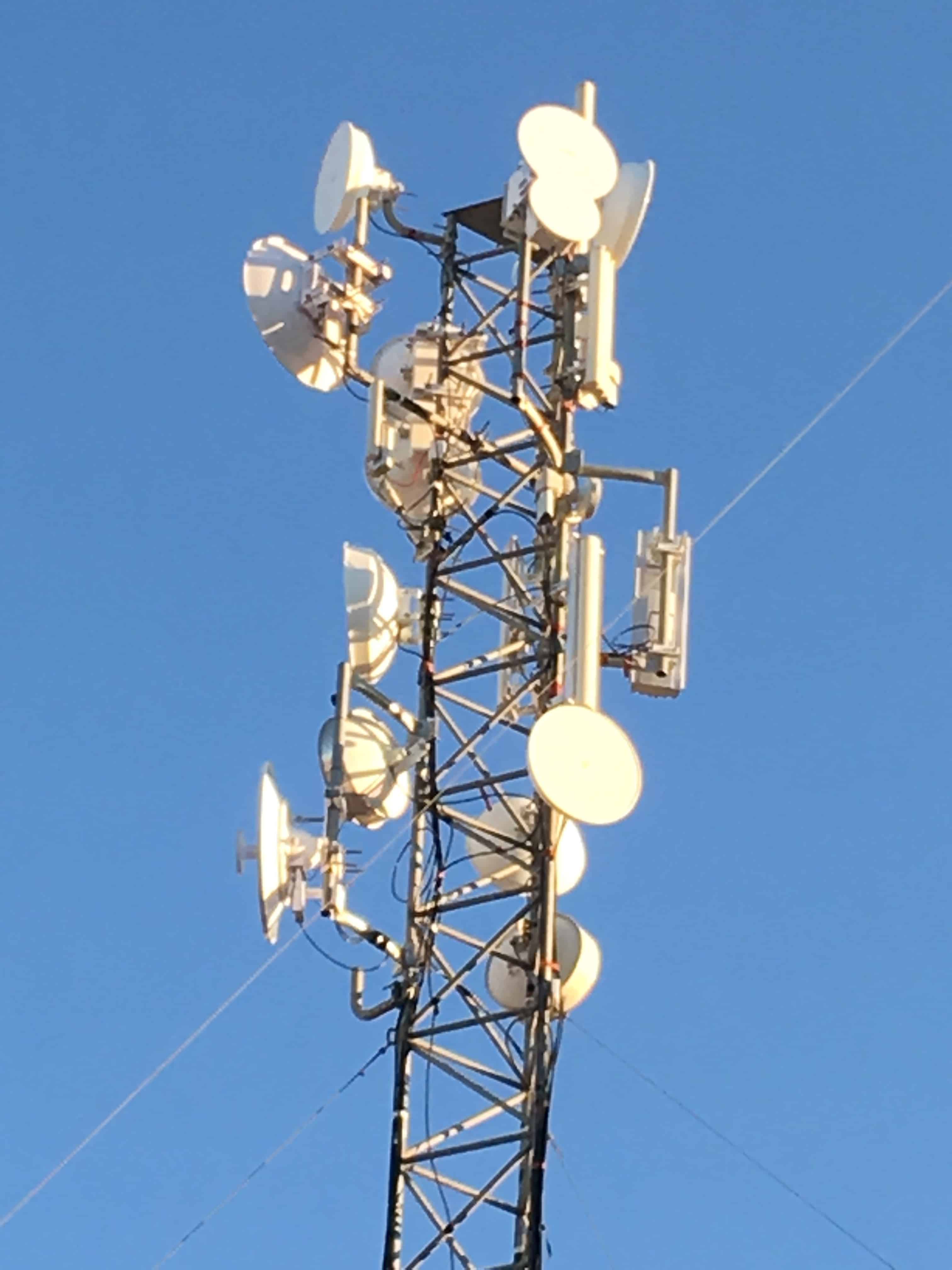