As with many electronic devices, DSL modems have lights that represent the status of the connections. They also work as indicators of the quality of the connection, both with the computer and with the DSL cable.

As you get acquainted with how these lights work, you will probably find out the colour-coded system which works the same way for most modems.

Knowing how this light work might save you some time upon having to deal with an internet outage as the way they blink or remain constantly on will inform you all about the connection’s health. So, first of all, let’s get to know more about what a DSL modem is and how it works.

The main feature of a DSL modem is its capacity, as a modulator-demodulator, to convert analogical signals that come directly through the DLS line into digital signals.

As digital signals are better read by computers and laptops, this conversion aids the system in establishing a more reliable connection with the internet.

On the way back, as the internet is an eternal exchange of data, the DSL modem turns the digital signal into an analogue one, enabling the transmission through the DSL cable.

Although other types of modems allow connections with multiple devices, DSL modems are restricted to one connection at a time. That means if you use a DSL modem, there will be only one DSL cable coming out of it to connect to a computer and deliver internet signals.

The same way, there will be only one input port for a DSL cable, as this kind of connection does not allow multiple devices to connect at the same time. The connection between the DSL modem and the computer, or laptop, is made through an Ethernet cable. 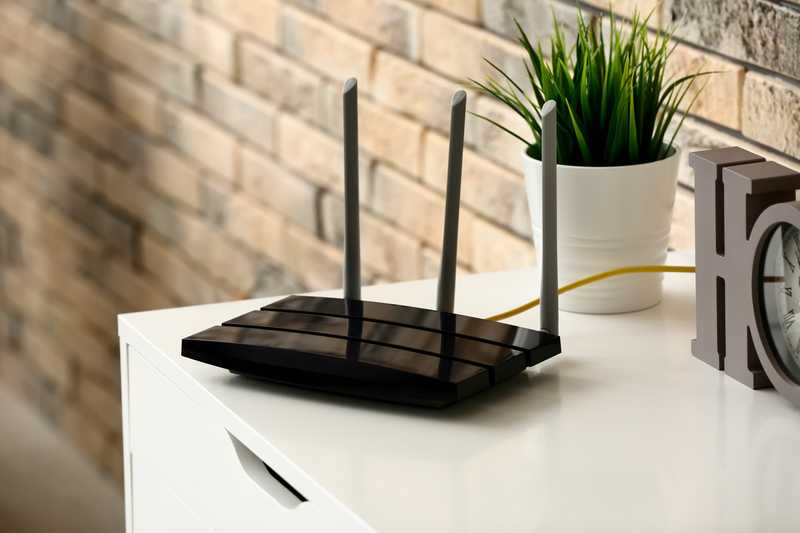 The same way the DSL modem has lights to show us if the internet connection is properly working or not, most computers and laptops also have a little led, probably around the DSL cable input, to show us if the cable is correctly connected to it.

Amongst those indicator lights, four are more present as they represent the most important features that can establish and maintain a good internet connection between the DSL modem and the computer or laptop.

Considering their importance, let’s take a deeper look at what they look like and their roles in the indication of the connection’s health and status:

Should there be any issues with the connectivity, or even if the cable is not correctly inserted into the port, the DSL light will not switch on.

The second light we will look into is the Ethernet light, which is responsible for telling us how the connection between the DSL modem and the computer or laptop is.

Once again, should there be any reason for the connection to not be properly established, the light will not switch on. In the event that happens, check if the cable is correctly inserted into the port on both ends and if the cable is presenting any signs of damage.

The third light we will look into is the Internet light and it is considered the most important by most people as it shows the condition of the internet connection.

Either by a possible malfunction of the server, or of any part of equipment involved in the process of sending the signal into your modem, there is a chance the signal might not reach its destination.

Should that happen, the internet light on your DSL modem will remain off, as a representation of some sort of issue that is stopping the signal from reaching your side of the connection.

So, if this light is not on, make sure to contact your ISP, or Internet Service Provider, and have them troubleshoot the internet connection. They do this for customers regularly and can breeze through it.

The last but definitely not least important light is the power light. The only reason we are putting the power light on the list is because it is on all sorts of modems.

Since the power is mandatory not only for the lights to switch on, but for the functioning of the whole system, should the power light be off, make sure to check if the power cord is properly connected on both ends.

Also, make sure there is no power outage or that the power outlet to which the power cord from the DSL modem is connected is properly delivering a current.

Internet Light Off But DSL Light On Issue 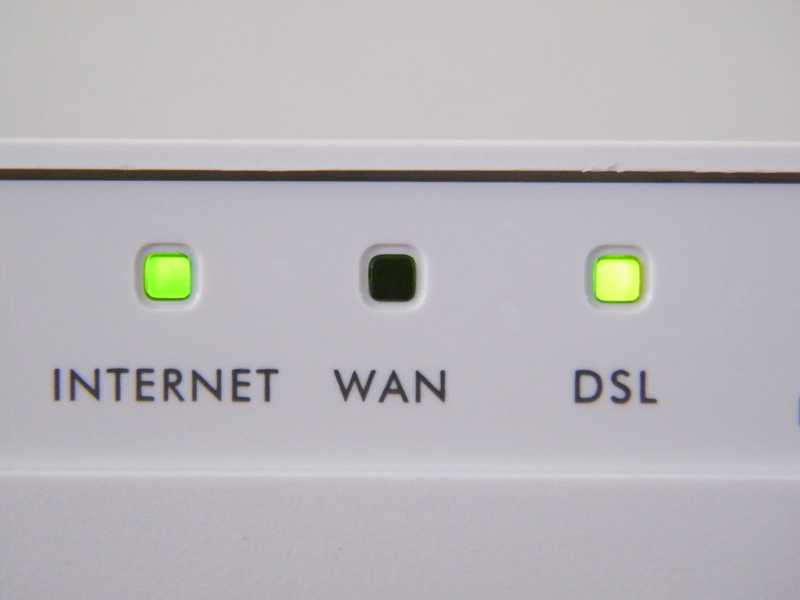 As the DSL light states if the DLS cable is properly connected to the modem, it leads us into thinking that it also reports the quality of the internet connection.

Unfortunately, that is a mistake we make, as the DSL light is occupied solely with showing us that the DSL cable is properly inserted into the modem port.

Since the internet part is exclusively stated by the internet light, the fact that the DSL cable is properly connected to the modem does not mean the internet is working as it should.

There is always the chance that some part of the way, before or after the DSL cable, is not doing its part and therefore, the internet is not working, even if the DSL light is on.

Should you be experiencing that, here are four easy fixes any user can attempt without any risk of damage to the equipment. So, bear with us as we walk you through on how to fix the internet light off but DSL light on issue. 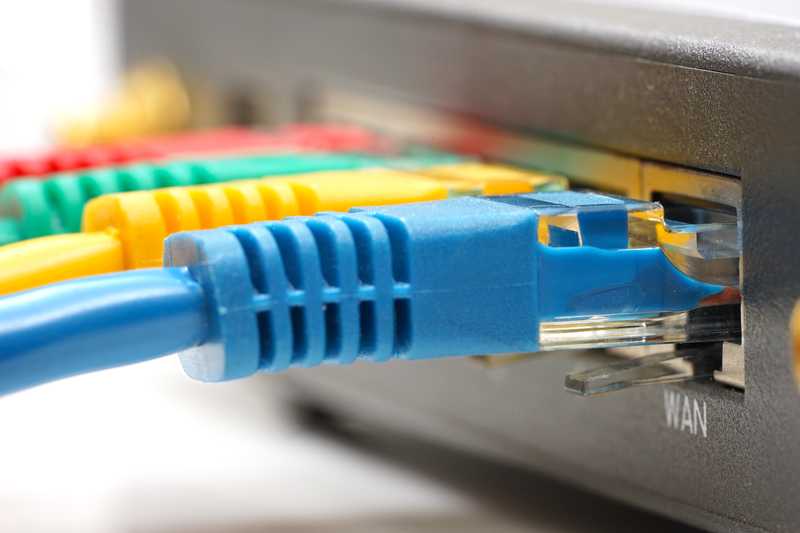 Let’s begin with the most obvious fix, as there is always the chance that one or more cables are not properly inserted into the ports and a simple unplugging and plugging back again of cables might do the trick.

So, go ahead and redo the connection of all the cables involved in the process. Start with the power cable, then the DSL and finally the ethernet and internet ones. If the source of the issue was a misconnected cable, the odds the problem will be solved are extremely high. 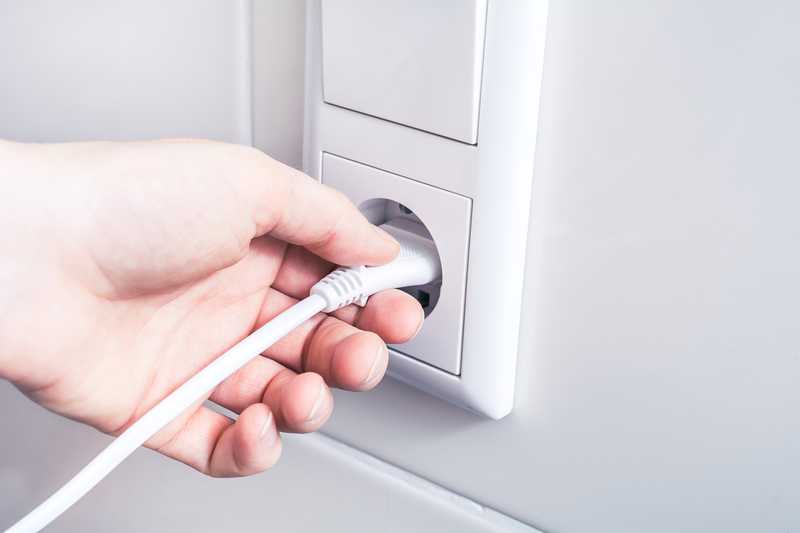 Should you check the cables, and everything seems to be correctly inserted into the right ports, there is a chance that some sort of issue is going on with your modem.

Although a lot of people disregard the importance of a restart as a troubleshooting procedure, it actually is one of the most effective ways of scooping your device for errors.

Forget about reset buttons and unplug the power cord from the power outlet, then give the modem two minutes and plug it back on. The resetting tasks involve checking and fixing minor configuration issues, clearing the cache of unnecessary temporary files, and a whole scoop of the system for possible errors.

Additionally, after the reboot, the equipment starts from a fresh starting point that will re-establish the connections in a stronger and more stable way.

The last fix on our list is related to the settings of the network on your computer or laptop. As it has been reported, in many cases the source of the issue is a simple misconfiguration or disabling of the network.

So, make sure to troubleshoot your network setup and have it working as it should, as a misconfiguration may hinder the internet signal from reaching your device.

On a final note, should you find out about other easy fixes that might get us rid of the issue, make sure to let us know in the comments section as that may help other readers. 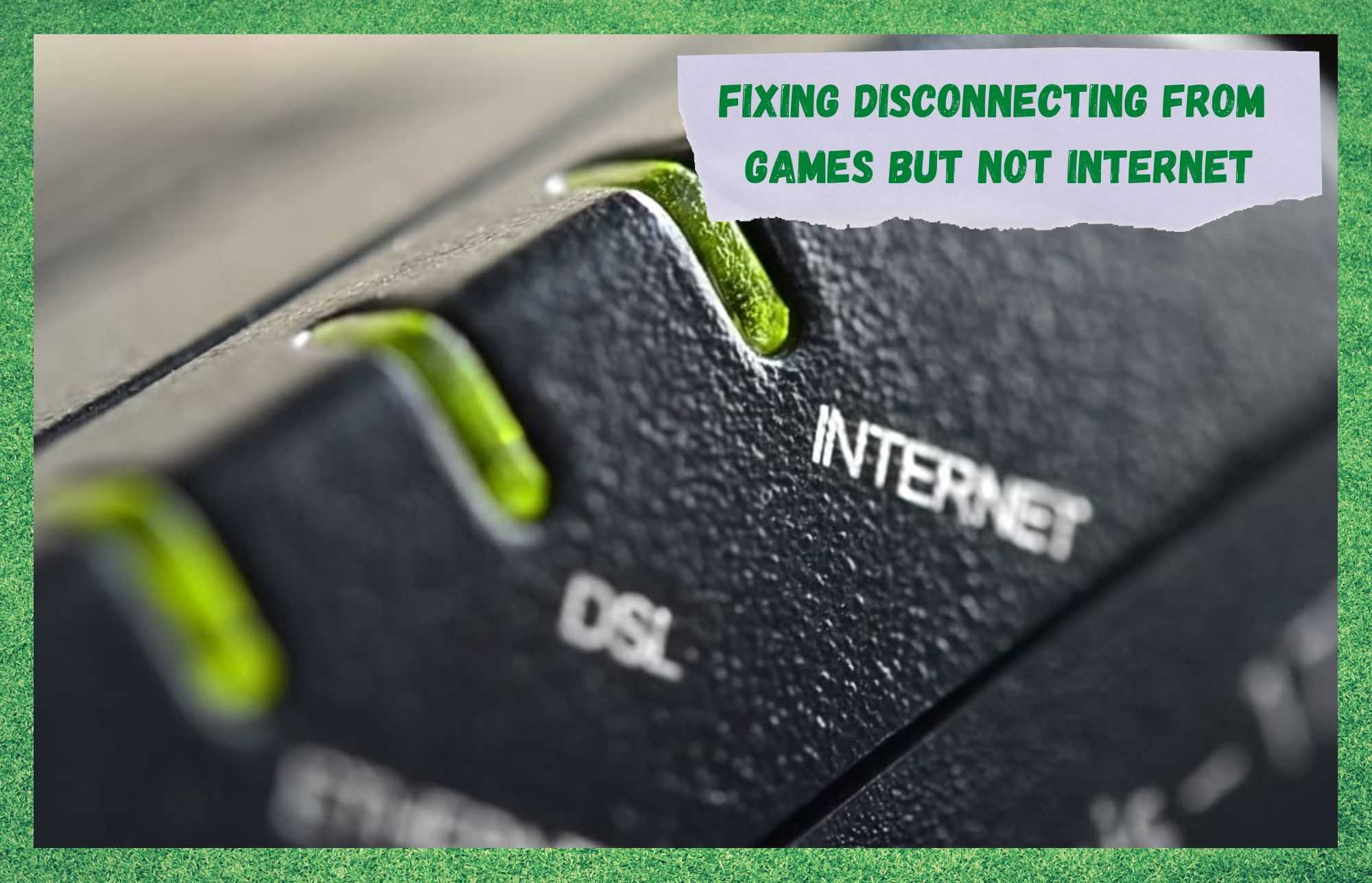