DSL stands for Digital Subscriber Line but was formerly referred to as Digital Subscriber Loop. DSL consists of a group of several technologies used to spread data signals through telephone lines. It was invented in the 1980s as a solution to a technical issue. DSL made it possible to make internet access common throughout every household around the world.

The most common DSL devices are known as ADSL. This stands for Asymmetric Digital Subscriber Line. ADSL is used to provide users with access to the internet. It allows for faster data transmission with the use of telephone lines made of copper.

A DSL modem is used in order to connect a router to DSL services. The router is connected to a telephone which in turn provides the digital subscriber line service. This allows users to access the internet. You can also connect a telephone line from your DSL modem directly to your computer instead of using a router.

DSL is capable of providing speeds as 35 Mbps on average. This is definitely good enough for everyday use. However, the speeds that DSL provides can vary depending on a number of different factors. For example, you will obviously get worse internet speeds if the quality of the telephone lines is bad. The distance from your ISP can also play an important role when it comes to the speeds that DSL provides. You’ll get bad speeds if you’re too far away from your ISP.

DSL was used in nearly every home in order to get access to the internet. It is a great invention and was widely used by most people around the world. The service is also quite easy to install and use which is why many households preferred DSL over other methods at the time. However, this isn’t necessarily the case anymore.

DSL is no longer as common in houses as it was before. This is due to the introduction of newer, more convenient technology that can rival DSL services. But this doesn’t mean that DSL is no longer used at all. The service is still great for small businesses and offices. Many people that play video games also prefer DSL due to the fact that it offers lower latency.

The only major downside to DSL is its range and the fact that you need to pay for telephone services. However, Naked DSL is an easy solution to the latter issue as it allows you to only use internet services through DSL. DSL also requires a firewall as it remains connected at all times. Without a firewall, you could fall victim to any intruders looking to steal your personal and/or important data.

Digital subscriber line services aren’t wireless due to the fact that they’re transmitted using telephone wires. The service is transmitted from your ISP through telephone lines and directed towards your DSL modem.

However, this doesn’t mean that DSL broadband can only be used through a wired connection. As mentioned, you can also use your DSL modem to attach a telephone line to your router. This lets you spread the signals throughout your home in the form of Wi-Fi. 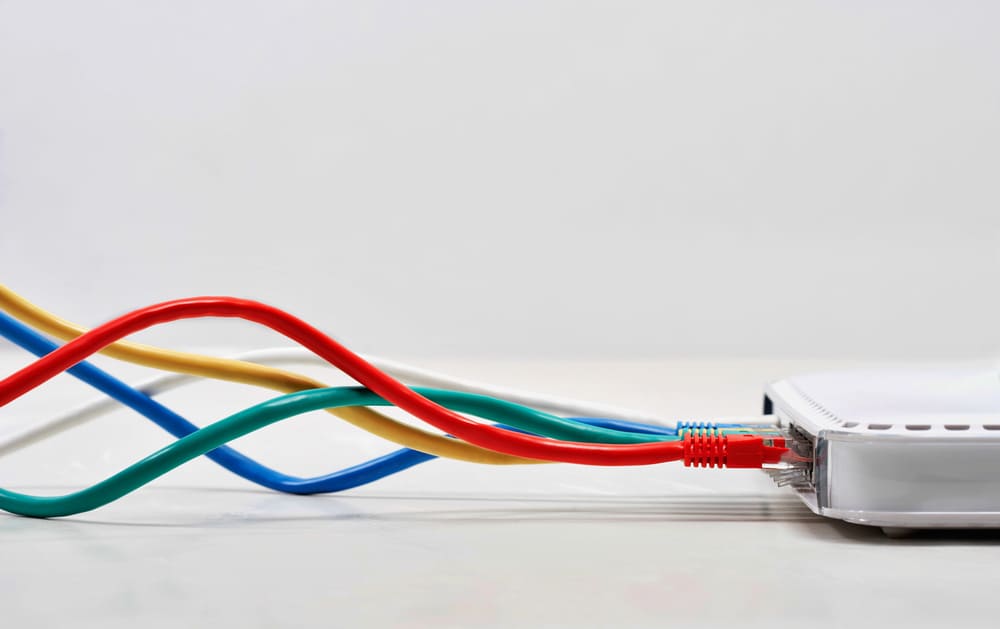