Broadband and DSL are often confused with one another since they both provide a high speed Internet connection that is faster than dial-up which is limited to 56Kbps.  However, there are differences between a cable connection and a DSL connection therefore there is also a difference between the modems as well.

Before we take a look at the differences between a cable modem and a DSL modem we will provide you with an overview of the type of connection that is produced by cable and DSL.  This will help you to understand why each connection requires a different modem for compatibility.

Cable and DSL (Digital Subscriber Line) connections are similar in that they offer high speed Internet and are considered to be an “always on” service which does not require you to log on every time you access the Internet.  Instead, you simply open your browser to begin surfing the Internet.

With regard to the speed of the connection that you receive, both cable and DSL are relatively comparable operating at anywhere from 1Mbps (megabytes per second) to 2 Mbps depending upon influencing factors.  DSL tends to run at a slower speed if you are located a significant distance from the Backbone at the DSL provider’s main office.  Cable, on the other hand will run at a slower speed if there are multiple users logged on or there is a significant amount of web traffic at peak times.

When you look at the cost, DSL costs more than cable despite the fact that do-it-yourself installation is becoming easier.  Cable Internet is readily available if you already have a cable TV connection and usually for an added cost to your regular TV bill.

Both cable and DSL connections perform well and are reliable however, DSL is not available in all areas where cable Internet is available in any location that has access to cable TV.  DSL and cable both utilized a twisted pair of wires except that DSL utilizes your phone line for both voice and Internet where cable uses your cable TV connection which is split for both television and Internet.  With both types of connections the two services do not interfere with one another due to the use of wires that keep the information separate.

Now that you have a basic understanding of how each type of connection works let’s compare the cable modem with a DSL modem.

Latency with Cable and DSL Modems

Latency refers to the amount of time that it takes for a connection to send or receive a single packet of information over the line. When you compare the latency of cable and DSL, a Digital Subscriber Line is more ideal for applications such as gaming, VoIP, and viewing videos since it tends to send information packets faster than a cable connection.

If you research security for cable and DSL you will come across a host of arguments for both types of connections.  Some will say that DSL is more secure than cable where others will swear by cable for the best security.  The reality is that both connections provide “always on” Internet connectivity which is convenient but it can also pose security risks.  Therefore, you should make sure you have your firewall activated, an antivirus and anti-malware program that is up to date, and limited access to files and folders.

For both DSL and cable modems you can provide additional security for the internal system by adding a router to the connection.  A router will increase the functionality of a cable or DSL modem and it contains additional security features that can beef up your protection on the network.  There is also a number of testing tools that you can use to test your Local Area Network for any vulnerabilities that could be exploited by hackers.

For the most part, as long as you take the proper precautionary measures to protect the network and your data, both cable and DSL connectivity are relatively safe.  Like anything else related to technology there is always the possibility of a security hole but if you use a proactive approach to deploy protection measures, you will significantly reduce the chances of an attack or exploit on your cable or DSL connection. 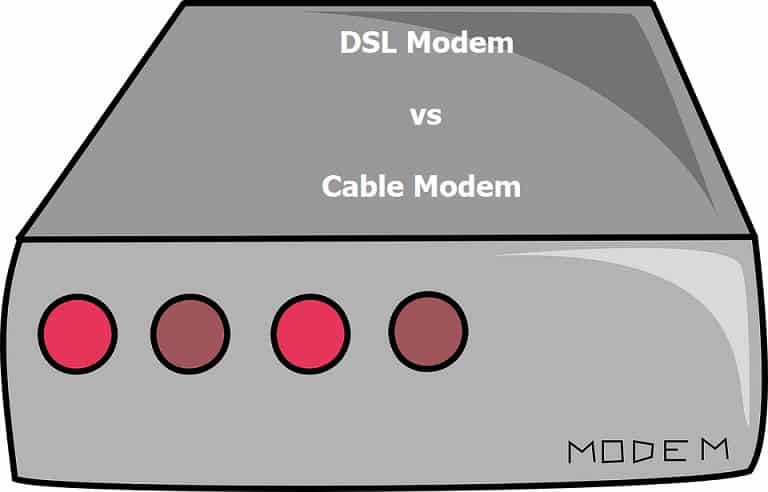