Founded in Chicago in 1983, United States Cellular Corporation is a subsidiary of Telephone and Data Systems Inc. US Cellular, as it is most commonly known, provides phone services throughout over 23 states in the U.S. territory, apart from Mexico and Canada.

Even though the numbers are insignificant if compared to the top three wireless carriers, which range between 100 and 150 million customers, the company has a strong strategy aimed at stretching its reach in the American territory.

What Causes the Text Messaging Issue On US Cellular? 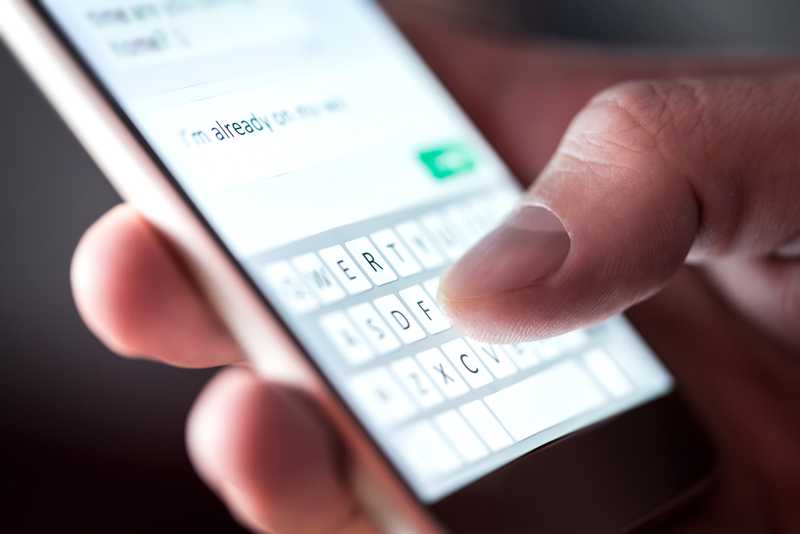 Most recently, many users have been reporting an issue that causes text messages to not be delivered with their US Cellular mobiles. In the pursuit of both an explanation and a solution to the issue, those users have recurred to online forums and Q&A communities.

According to the reporting users, the issue seems most likely to relate to the coverage aspect of the mobile service, but as we came to conclude, there are more possible causes to the problem.

As many of the users still haven’t found a satisfactory solution to the issue, we brought you list of six easy fixes any user can attempt in order to see the problem gone. So, without further ado, here is what you can do to get rid of the text message reception issue with your US Cellular mobile.

There are a few tricks to be tried in order to get rid of the issue, and none of them involve any risk of harm to the equipment. 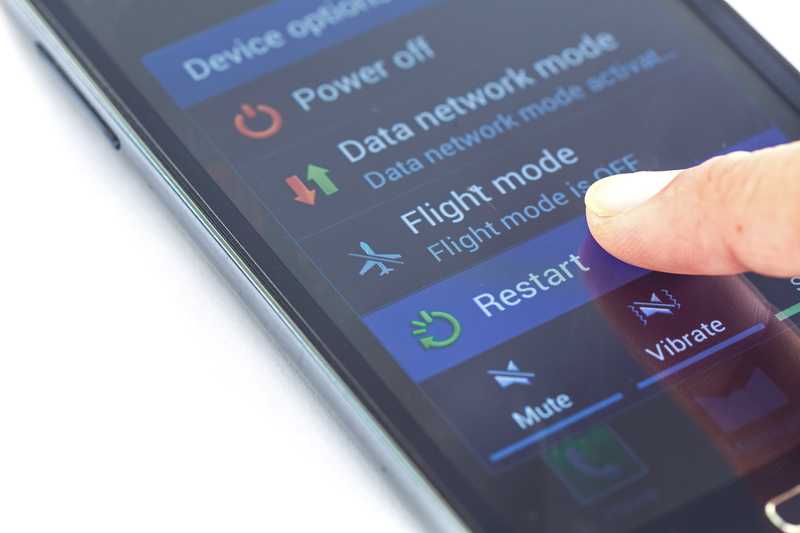 First things first, as the source of the issue may be some minor configuration or compatibility error that might as well get fixed simply by giving your mobile a restart.

There are, in fact, a number of issues that are easily fixed with a reboot, so do not be afraid of attempting this simple manoeuvre as a repairing procedure. Many tech experts to not consider the restarting procedure to be an effective troubleshooting method, but it actually does more than you’d expect.

Not only does the restarting procedure will check the whole system for the abovementioned minor configuration and compatibility issues, but it will also clear the cache of unnecessary temporary files that might be overfilling the system memory and causing the mobile to run slower than it should. 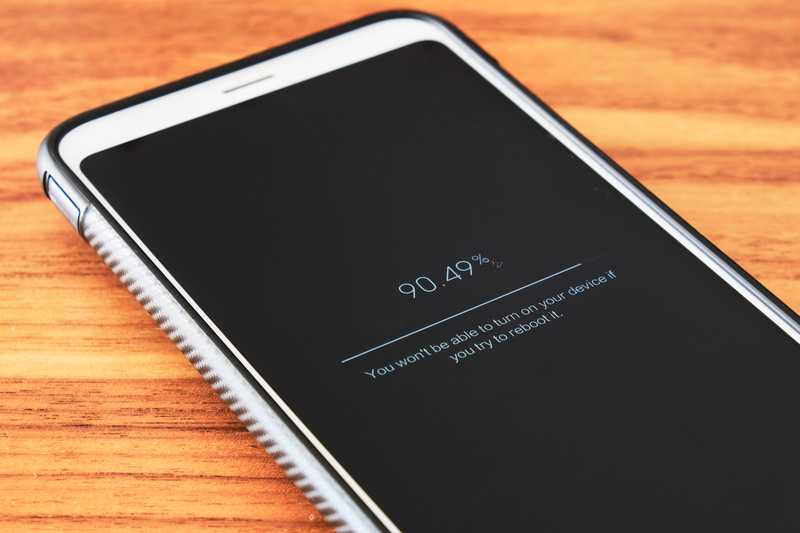 Lastly, the restarting procedure, once it is successfully completed, allows the device to resume its operation from a fresh starting point and free from errors.

Most of the time, simple network issues might arise due to compatibility problems. As it goes, updating apps or system features might cause the lack of compatibility and, consequently, some of the mobile service functionalities might not properly work.

Not only will the restarting procedure check the network connection for issues, but it will also redo the connection once the whole procedure is finished. That should fix the issue and get your text messages received as usual but, in case it doesn’t, we’ll need to try something else. 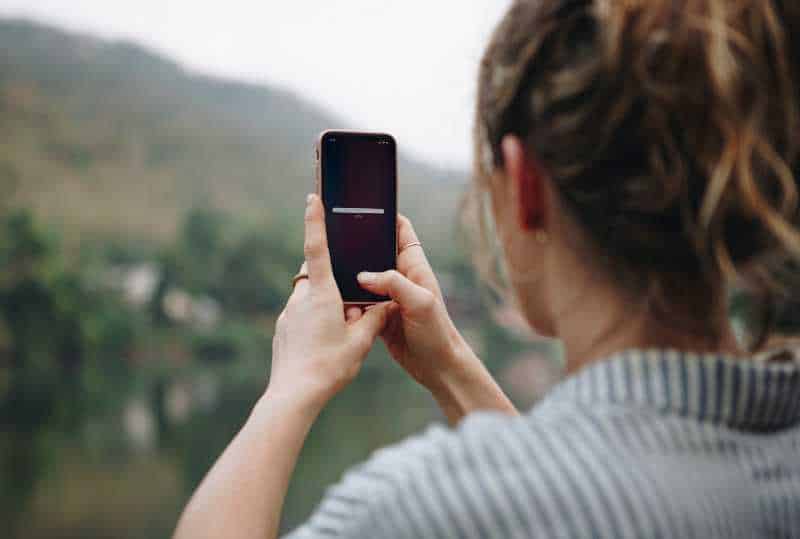 As the company advertises, the coverage area of US Cellular is one to be proud of. With over 23 states and three countries, apart from the international plans that allow users to use a partner network abroad and keep the excellent quality of service, US Cellular is pretty much everywhere.

Nevertheless, should users live or visit more remote or rural areas, the odds the coverage can suffer a drop are fairly high. That is because most of the antennas are placed around more urban areas, where the demand for network signal is higher, leaving the remotest areas unattended.

As we know, mobile carriers deliver their phone services through signals emitted from antennas. Therefore, make sure you are within the coverage area, or not only the text messages will probably not arrive, but the internet service will most likely be out as well.

Additionally, some companies have a better and more developed structure of antennas, servers, satellites, etc., which they lend to smaller carriers that wish to provide their services in a certain area.

Depending on the area you are in, the network your mobile is attempting to connect to may not be a proper US Cellular one, rather a partner one, which could also cause some of the features not to function.

So, check the carrier’s official webpage and confirm if you are within the coverage area and can actually receive text messages through their network services.

Should you attempt the two fixes above and still face the text message reception issue with US Cellular mobile, there are still a few more tricks to go through. Turns out that, as explained in the first easy fix, some updates can cause mobile or service features to fail.

But not updating system apps and functionalities might also cause the connection with the carrier’s network to break down. Should that happen, users will not be able to send or receive text messages until the issue is overcome.

Just like most electronic devices, mobiles have a firmware, which is the software that makes the system run with that specific set of components. Eventually, developers release updates, as new technologies are created by the day and some of the features might deliver better service once they run on that new technology.

Apart from delivering enhanced services, updates are also released to fix problems that manufacturers were not able to foresee before launching the product in the market. 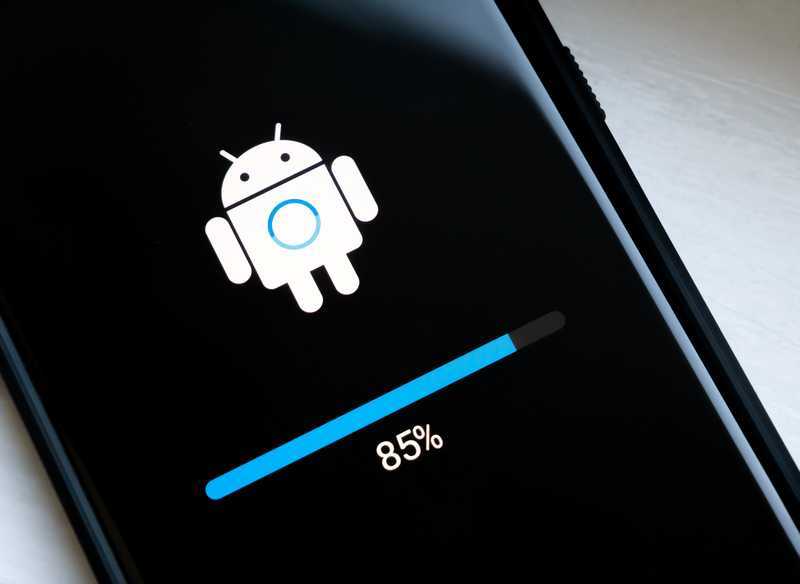 Therefore, make sure to keep all the system apps and features updated to their newest versions, as that will most likely ensure the compatibility and deliver optimal performance.

Usually, users are notified of important updates by the system reminder feature, but should you not have that function activated on your mobile, go to the general settings and search for updates in the apps tab.

Make sure to also check the firmware settings and look for newer versions of the operating system. That way, your US Cellular mobile will have its performance enhanced and any undergoing issue might be addressed by the repairing features of the updates. 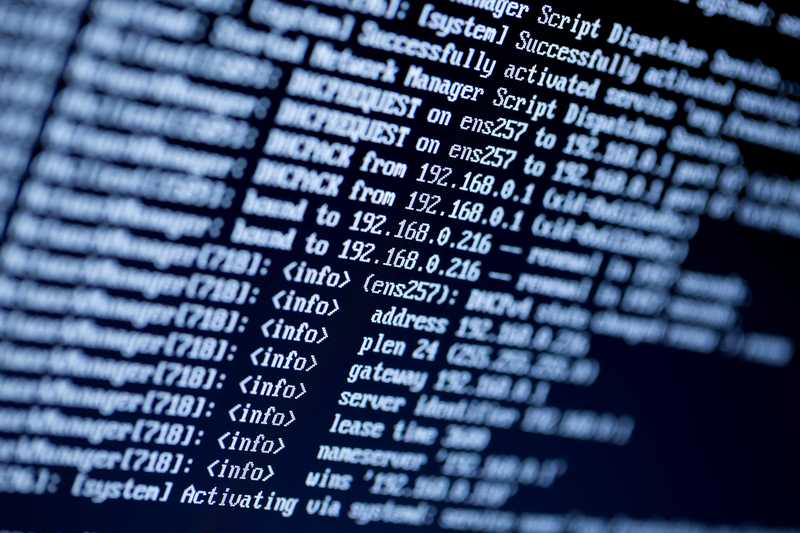 In fourth place, in the event you attempted the other three easy fixes and the issue still remains, is re-configurating the text message system. The easiest and quickest way is to head to the messages tab in the general settings and click on ‘reset to default’.

Bear in mind, though, that only after the mobile is restarted will the new configuration take hold. So, give it a reboot once the message settings are reset to default. That should aid the system in troubleshooting network connection issues, or even any sort of problem with the messages app. 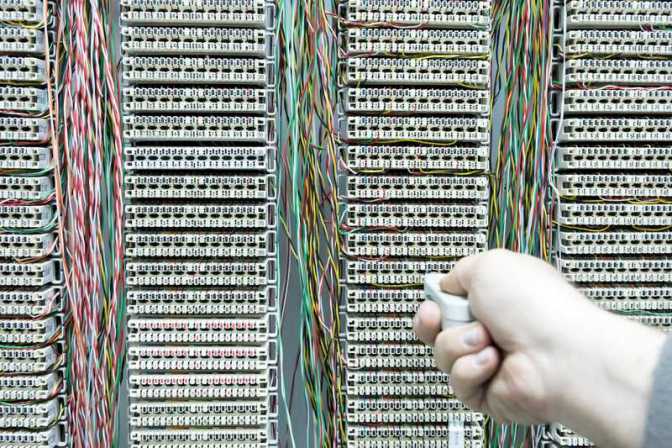 As it turns out, carriers go through equipment issues more often than they care to admit. What usually happens is that most of the issues are repaired quickly and users do not even get notified.

It just gets fixed as quickly as possible. In the event a larger issue arises, the carrier will probably notify their users and, should it be possible, provide an estimated time for the service to be up and running again.

Most of the carriers nowadays use their social media profiles, as that is a quicker form of reaching a larger number of users. However, email is still the default formal means of communication between the provider and the user, so check your inbox, spam and trash folders included, for news coming from US Cellular. 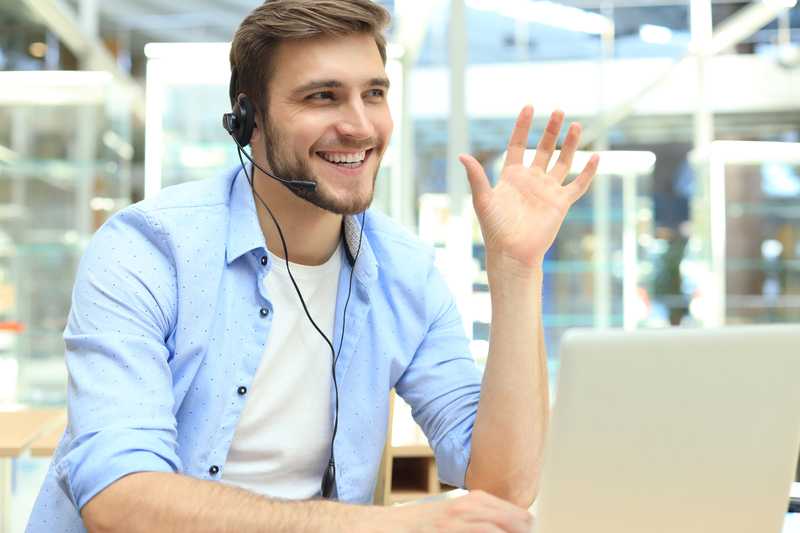 Last, but not least, should the issue remain even after you attempt all five easy fixes above, make sure to contact US Cellular customer support. Their highly trained professional technicians are used to dealing with all sorts of issues, which gives them enough grounds to aid you in getting rid of the text message reception issue.

Additionally, once you contact the company technicians, they might check your profile for other possible issues and get them fixed right away.

On a final note, should you come across other easy fixes for the text message reception issue with US Cellular, make sure to let us know. Leave a message in the comments section and help our fellow readers in getting the issue gone once and for all and enjoy the outstanding service US Cellular can deliver. 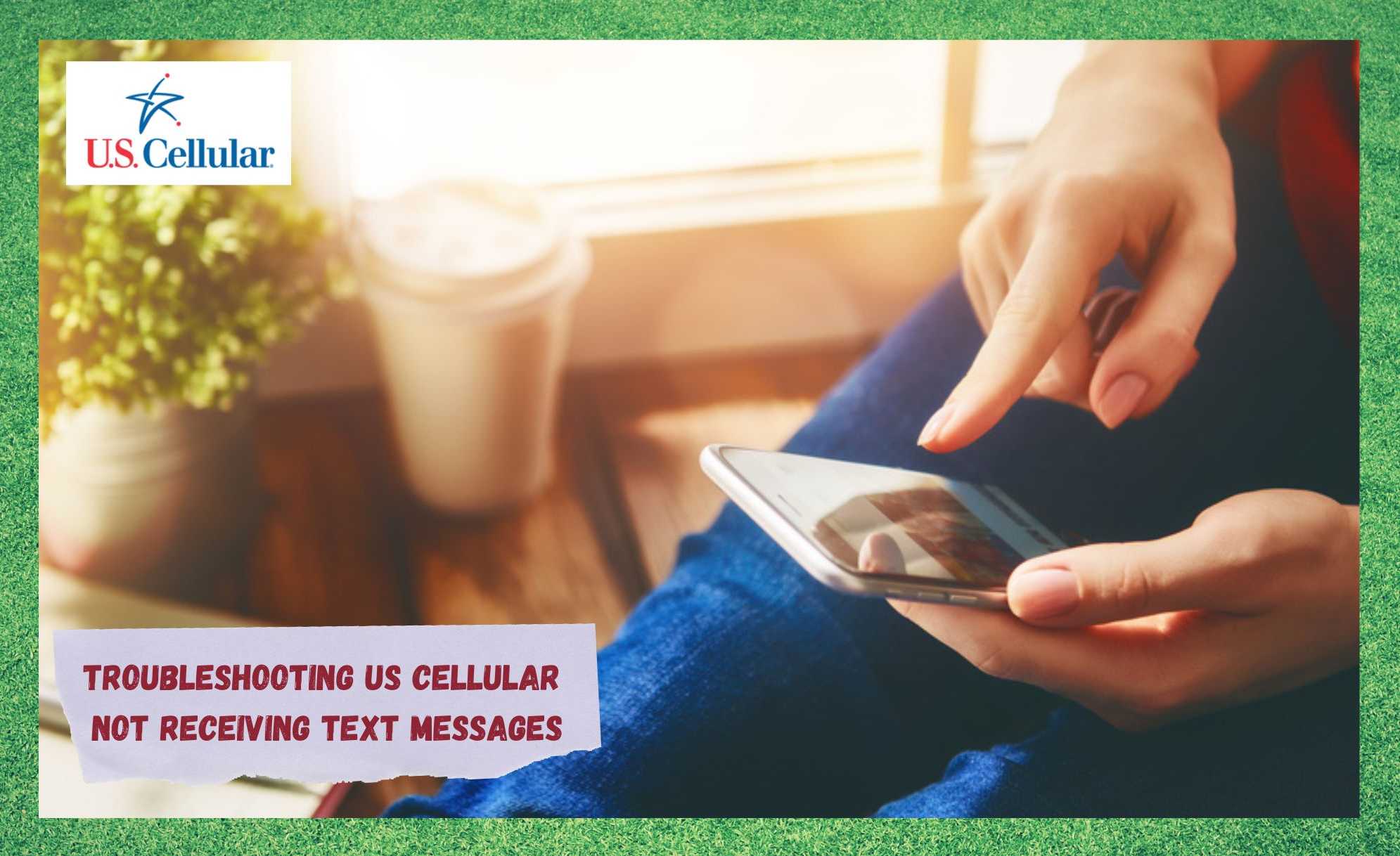