Many people like to enjoy the fresh air and serenity of rural areas. But this does not necessarily mean you have to sacrifice high speed Internet access simply because you are located outside the reach of DSL or cable connections.

In early 2014, the federal appeals court in Washington DC upheld an effort by the Federal Communications Commission that will convert a rural telephone service into a service that will subsidize broadband Internet access in rural areas. The 4.5 billion dollar program would bring high speed Internet access to rural areas where broadband implementation would otherwise be cost prohibitive.

Although there are various global efforts underway that are similar to the FCC project, access to high speed Internet in rural areas still is a challenge. This is mainly because most rural areas are not equipped with Digital Subscriber Lines (DSL) or cable access due to the excessive cost of installation by the cable providers.

Up until the last decade, the only type of Internet access available was dial-up through your telephone line. Dial-up access is also the slowest Internet connection available and certainly does not accommodate a lot of the current day bandwidth-intensive applications such as video streaming, VoIP programs such as Skype, media box and Xbox applications, and home entertainment options such as Internet TV.

So, if you live in a rural area and do not have access to a Digital Subscriber Line (DSL) or cable connection what are your options?

How to Get Broadband Internet in Rural and Remote Areas

Although government agencies are working with cellular and rural telephone carriers to bring broadband to underserved areas, if the area in which you live has still been left behind when it comes to high speed Internet access, don’t give up. You do have some options available when it comes to achieving a high speed broadband Internet connection. Here are a few possibilities that are worth looking into:

If DSL or cable is not available in your area, one of the best options for accessing broadband in a rural area is a satellite Internet connection. Regardless of where you live, you can achieve a high-speed connection as long as you have a clear view of the southern sky.

Many of the satellite providers have also been working toward improving their services with improved performance, faster data speeds, and larger capacity for easier downloading of data. For example, HughesNet recently released a service known as Gen4 which provides customers in rural areas with fourth generation high speed broadband Internet access.

The improved broadband connection allows customers in rural areas to access bandwidth-intensive applications. This includes streaming videos, accessing high bandwidth apps, games, and many of the other current technologies that require more bandwidth in order to function properly.

With a satellite Internet connection you will have the expense of the satellite installation and then a monthly fee depending upon the service plan that you choose. The connection is very consistent with the exception of the occasional heavy storm or excessive cloud cover. The video below will provide you with more helpful information on accessing satellite Internet.

Using a broadband card to achieve a high speed connection is another option for rural areas. If you have access to cellular telephone service you can obtain a MiFi device or USB dongle. A MiFi device is about the size of a credit card and allows you to set up a mobile hotspot using your cellular wireless carrier service.

Cell phone providers also offer USB dongles and Internet cards which plug into the USB connection or PCMIA port on your PC to allow access to high speed broadband Internet via your 3G or 4G carrier service.

You can obtain this type of connectivity through your local cellular phone provider but, keep in mind that some of the carriers require a contract with an added monthly service fee on top of your regular monthly cell phone bill. You must also be able to access a cell phone signal from the rural area where you are located. Here is a visualization on how mobile broadband can be accessed in a rural area.

If you are fortunate enough to have 3G or 4G access in in the rural area you live in, this is an option you can pursue to gain access to high speed Internet. Many of the cell phone plans will limit you to a specified amount of gigabytes for data transmission, but this is better than having to deal with the hassles of a slow dial up connection. Using your smartphone as a hotspot may not be as fast as cable or a Digital Subscriber Line (DSL), but it is a lot better than nothing at all.

Some of the cellular carriers offer tethering hotspot plans. These are plans that allow you to use your smartphone as a portable hotspot to provide your PC or tablet with access to a high speed broadband Internet connection. In order to establish a connection using this method, both devices must be equipped with Bluetooth capability.

If your cellular carrier does not offer a plan, you can still tether your smartphone to your laptop and then connect through your 3G or 4G data plan. The process involves activating the Bluetooth service on both devices so they recognize one another. Then you simply choose the appropriate Wi-Fi network which is relevant to your smartphone.

The only drawback to using this method is the use of data for your 3G or 4G service. Depending upon the data plan you have with your cellular carrier, overage fees may apply if you exceed your data limit. It is wise to check into this before considering this option for high speed broadband Internet.

The following video will provide you with more useful information on using your smartphone as a hotspot to access a wireless Internet connection.

BPL is another potential option for accessing the Internet in rural areas. Just imagine connecting your PC to an electrical outlet in your home and accessing high speed Internet. This is what BPL is all about.

The concept has caught on in European countries and is just beginning to be introduced to some areas in the United States. The delay in the US is mainly due to the significant difference in power system designs between countries in Europe and the US.

The difference in the power system configuration is related to step-down transformers which are used in US designs to reduce the voltage for consumer use. The signal produced by Broadband over Power Lines is incapable of being transmitted through the transformers making it necessary for repeaters to be attached to each transformer. A repeater must be installed on an electrical pole to serve a single family dwelling where in Europe, one transformer can serve up to 100 homes or more.

Here is a video that will demonstrate more about how Broadband over Power Lines (BPL) works and why it can be effective way to bring high speed broadband access to rural areas.

This is a less common way to achieve a high-speed broadband Internet connection. Nevertheless, it is worth looking into because the concept is being deployed in a few rural areas. A long range Wi-Fi connection involves placing an antenna on the outside of your home to achieve high speed access to a connection that is several miles away.

Long range Wi-Fi is often used in rural areas as an alternative to DSL, cable, satellite Internet, or fixed wireless. This type of technology typically runs on 802.11/b/g/n and varies in range according to the type of antenna and the transmission power in the environment where you are located. The concept was developed for businesses that operate from a remote site and second homeowners that have a vacation home in a remote location.

Recently, long range Wi-Fi has been considered as an alternative for accessing high speed Internet in rural areas. There are many different types of Wi-Fi antennas that range from larger devices that you can mount on your roof as shown in the video below to other smaller portable devices that you can use in your home or RV when camping.

You can also opt to add a long range Wi-Fi booster which is also known as a repeater. If the reach of the antenna range is not enough to access the nearest wireless broadband point, a long range Wi-Fi repeater will amplify the signal to help you achieve Internet connectivity.

Basically, a repeater is a transceiver that picks up electromagnetic signals and amplifies them. The device receives the signal from a nearby wireless router or antenna, amplifies the signal, and then retransmits it to increase the reach of the signal over longer distances. The signal which otherwise would decrease or die out when it reaches a certain distance, can then be transmitted over a longer distance.

If you are fortunate enough to be located within range of 3G or 4G connectivity with your cellular phone service, you can achieve a high speed Internet connection using WiMAX. WiMAX stands for Worldwide Interoperability for Microwave Access and is a much faster connection than a Digital Subscriber Line (DSL).

WiMAX is available through a variety of wireless carriers such as Sprint, AT&T and others. The configuration consists of a tower and receiver and functions similar to a cell tower concept. The difference is that the WiMAX tower is capable of providing Internet connectivity to a much larger area, potentially covering as much as three thousand square miles.

The WiMAX receiver utilizes an antenna and a PCMCIA card or small box unit. The receiver can also be built into your device in the same way most devices are equipped with wireless Internet capability. The connection provides high bandwidth using a T3 line or, it can establish a connection using a microwave link in the line of sight.

The following video will provide you with a visual example of how WiMAX works using an antenna and a hub modem from CLEAR.

Although this project is in the very early stages of testing, Google has been working on launching Internet-beaming antennas in an effort to provide high speed Internet access to the entire planet earth. This project is known as Project Loon and involves the creation of balloons that are capable of flying around the globe. Antennas are placed inside of giant balloons that are shaped like a jellyfish with the goal of creating an entirely connected planet.

When Project Loon was first announced in June of 2013 in New Zealand, the top-secret project was already underway for 18 months. As a test, Google has been providing Internet access to a specified number of volunteer households using translucent helium balloons. The balloons use the wind to sail up to 12 miles above the surface of the earth providing Internet access to areas approximately twice the size of New York City and in excess of 730 square miles.

Although Project Loon still has a long way to go, in the future it may represent another alternative for residents in rural areas and highly remote locations to access high speed broadband Internet. If you are interested in seeing more on how Project Loon works, here is an interesting video on the effort.

Hopefully, some of these options will help you to establish access to high speed broadband Internet if you live in a rural area. It is also important to mention that it is well worthwhile to stay updated on the latest trends in high speed Internet connectivity in rural areas. There are many other initiatives underway in addition to Project Loon, which may help to extend the reach of broadband. Plus, there are new technologies being developed within power companies and other sources that are yet to be announced which may eventually help to accommodate residents who live in remote or rural areas. 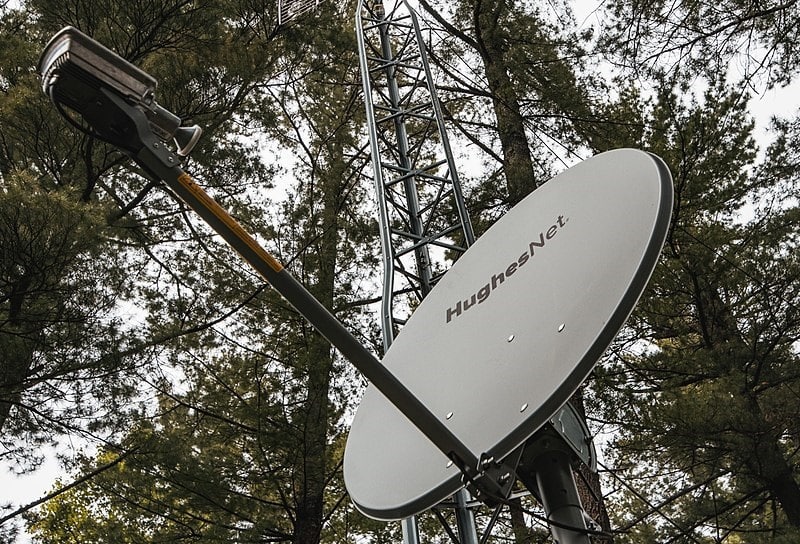