T-Mobile, one of the top three telecommunications company in the U.S. alongside AT&T and Verizon has secured its place amongst the competition. Not only is the company solidifying their position amongst the best, but it’s also seeking to reach pole position.

T-Mobile’s telephony solutions reach far and wide in national and international territory, delivering an outstanding quality of voice calls throughout their remarkable coverage area. With affordable prices, T-Mobile has made its way in homes and businesses as a solid cost-effective option.

Nevertheless, not even with all their quality and e coverage range is T-Mobile free from issues. Most recently, T-Mobile users have been seeking help in online forums and Q&A communities in the pursuit of a solution to an issue that is causing their voice calls to be sent directly into their voicemail.

Should you find yourself amongst those users, bear with us as we walk you through eight easy fixes any user can attempt without any chance of harm to the equipment.

How To Fix T-Mobile Calls Going Straight To Voicemail

1. Make Sure To Disable The Do Not Disturb Mode 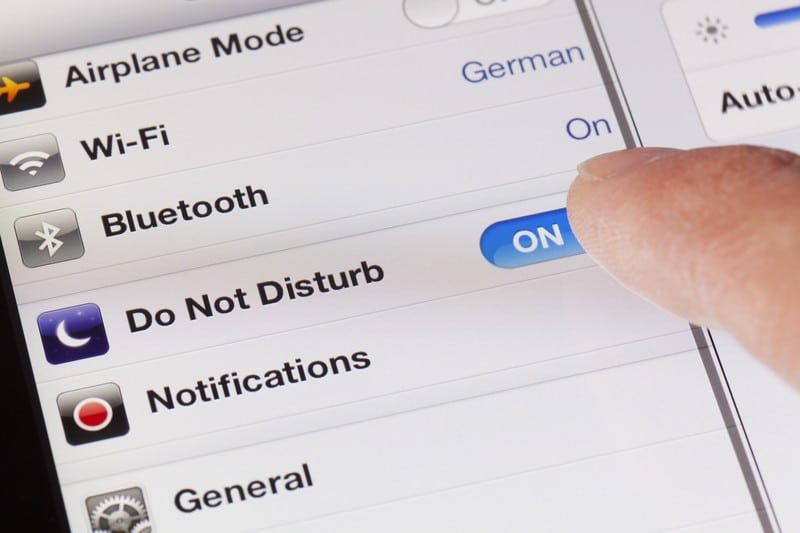 As useful as the Do Not Disturb, or DND, mode is, especially for users who have older phones that are suffering with battery issues, it can also prevent disturbance more than users might want to. Many have reported the Do Not Disturb mode to be the source of the issue with their T-Mobile phones.

As reported, the mode does more than simply prevent all messages, notifications, and calls from ringing. It actually can send incoming calls directly to voicemail in order not to disturb the user.

As for the intent of saving battery by using the DND mode, users can have their mobiles set to the battery saving mode as long as they want. That could already cause the system to kill a few of the processes it usually runs in the background and render the battery a bit more lifetime.

The battery saving mode can be enabled in the same notifications and action centre where the DND mode is located.

2. Make Sure The Number Is Not From A Blocked Contact 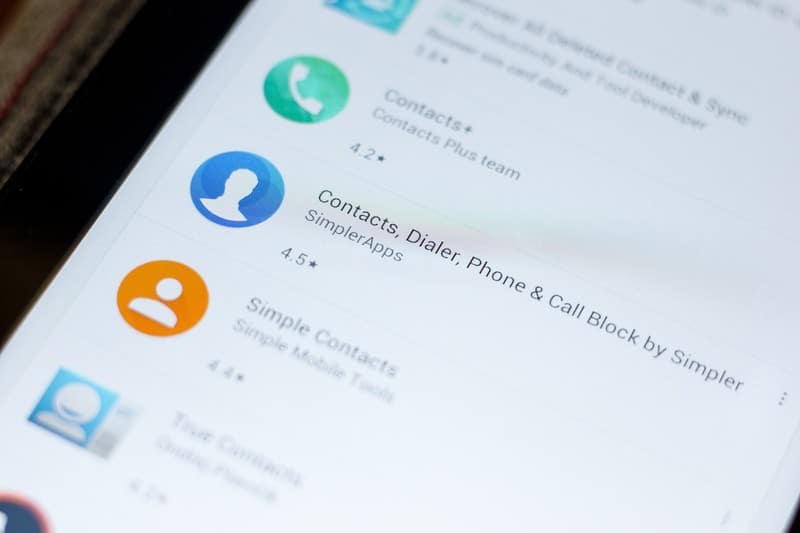 Due mostly to security reasons, and a bit for the sake of privacy, mobiles have an option that allows users to block contacts. That comes in quite handy for those persistent telemarketing calls or advertisement ones from internet or telephone service providers.

On the other hand, the tool blocks any communication attempts from that contact, which means whenever that number tries to call you, the incoming call will be automatically sent to voicemail.

This has been commented to be the solution for many other users, as they had not noticed the number that was attempting to contact them was in the blocked contacts list. Once they checked the contact out of the list, the calls began coming in normally.

For most Android or Android-based mobiles, the list of blocked contacts may be accessed through the security settings in the general configuration window. Once you reach the list, check if the contacting number is there and have it removed should you identify as a contact you wish to receive calls from.

3. Make Sure To Disable The Call Forwarding Service 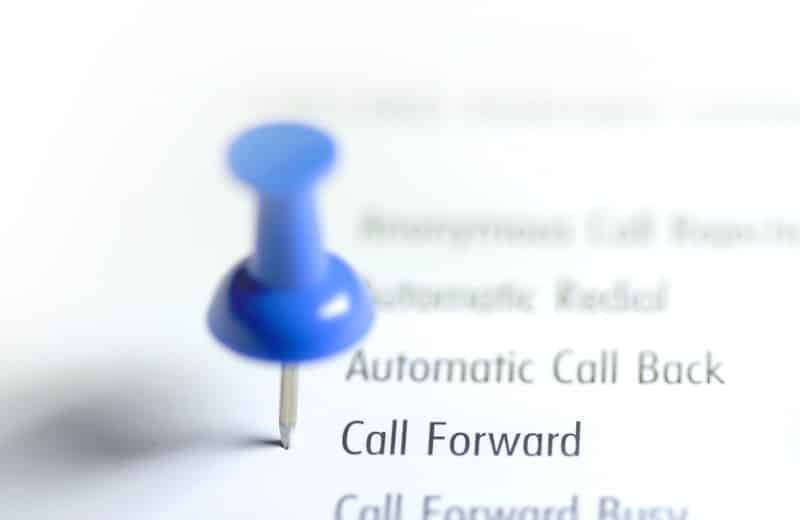 The call forwarding tool is highly effective for people who are always on the go, or businesspeople who have more than one contact number as the calls can all be directed to one single device the user can carry everywhere.

Imagine being able to receive calls from the contacts who are attempting to reach you through your office number when you are out solving whatever problem? That is exactly what the call forwarding tool does!

On the other hand, this tool has been reported to malfunction and automatically send the calls to voicemail, instead of directing the incoming calls to users’ mobiles. So, make sure the call forwarding tool is not active on your mobile on order to normally receive the calls you are supposed to get.

Normally, the call forwarding configuration can be found in the contacts settings. So, go to the tool and switch it off to solve the ‘straight to voicemail’ issue with your T-Mobile phone. 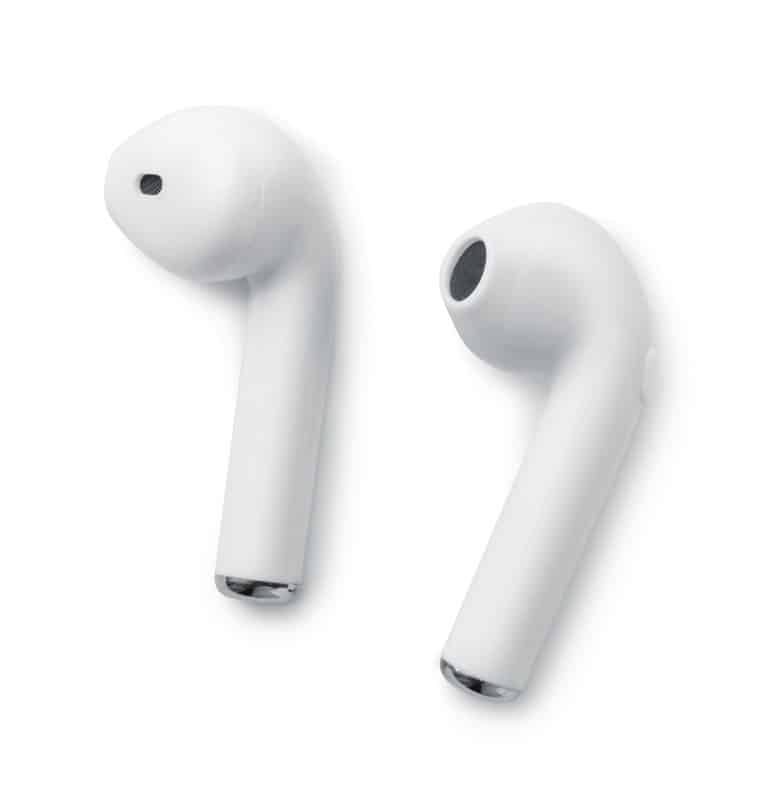 Many users have reported the ‘straight to voicemail’ issue to be a simple misconfiguration of the Bluetooth audio settings. As it goes, users were not able to listen to their mobiles ringing for incoming calls due to the fact that their audio output was set to wireless earbuds.

Since they did not have the earbuds on, they were not able to hear the phone ringing and, as any mobile with the voicemail feature switched on does, the incoming call was sent to the voicemail.

5. Make Sure The Issue Is Not With The SIM Card 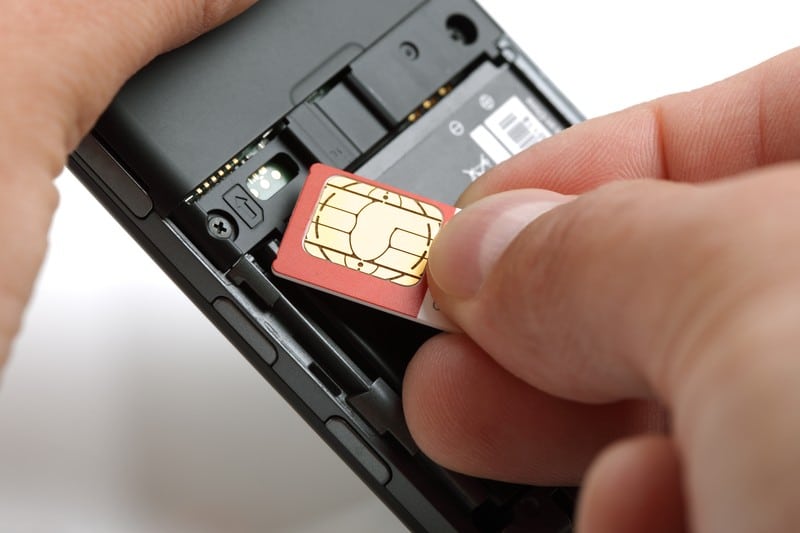 Another likely reason for the ‘straight to voicemail’ issue with T-Mobile phones is a faulty or malfunctioning SIM card. As we know, the SIM card can experience problems for a number of reasons. They may be poorly installed, there could be a contact problem with the SIM dock or the chipset, and many others.

The issue herein can also be caused by a malfunctioning SIM card, as the system might not identify the card and prevent the mobile from receiving calls at all.

Unfortunately, there are no easy and practical tools that can check the condition of your SIM card, so your best shot is to contact T-Mobile and ask them to send you a new one. Alternatively, you can head to any T-Mobile store and get yourself a brand-new SIM card.

Any way you choose to solve the issue, make sure to have a professional install the SIM card, or be very careful as to the positioning of both the card and the dock.

6. Make Sure You Are Within The Coverage Area 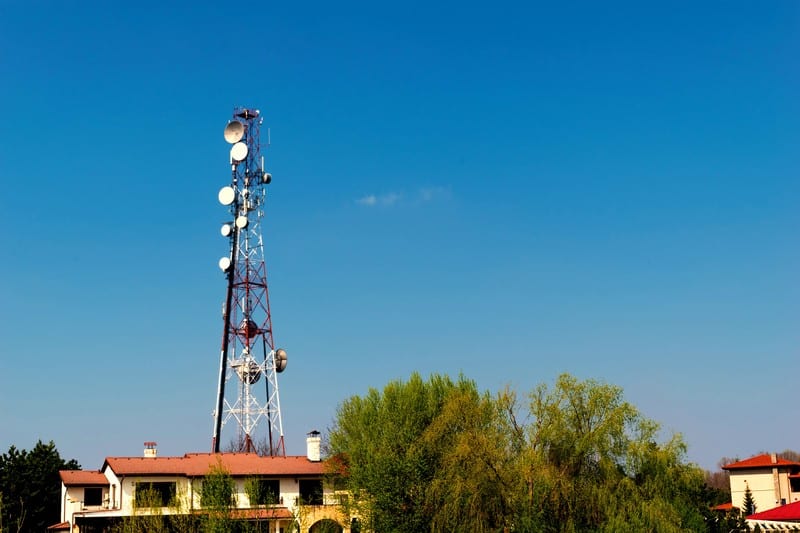 Even though T-Mobile is in 48 states and many countries and territories abroad, some areas might not be covered by their antennas and satellites. Should you be in one of those areas, as the carrier cannot provide any service, or only partially, the odds the incoming call is sent to voicemail are huge.

Think about it: if T-Mobile cannot guarantee that the call can be taken in that area, by sending it to the voicemail inbox, users have the chance to call back the contact once they reach an area that has coverage.

Additionally, T-Mobile antennas, satellites, servers, and any other piece of equipment are constantly under maintenance. So, it might happen that an area that is usually covered is momentarily undergoing an outage.

In that case, the incoming calls should also be sent to voicemail automatically, for the same reason as in the ‘out of coverage area’ situation. 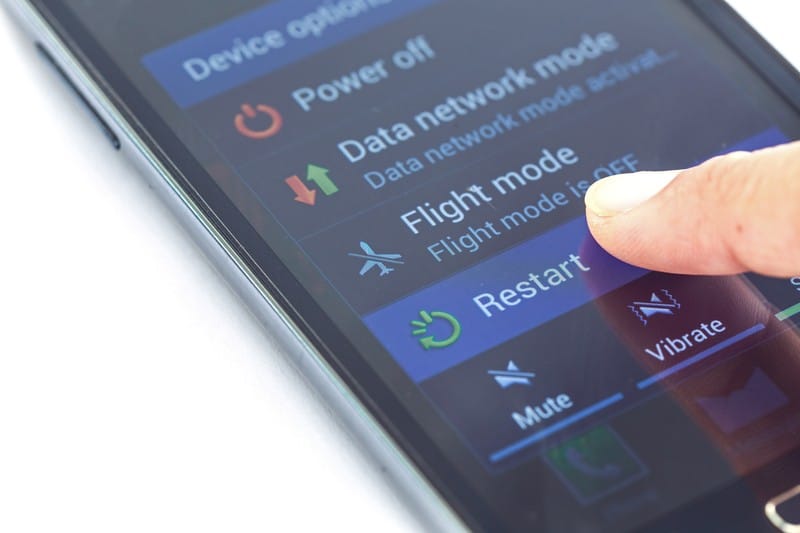 Even though many experts do not regard the restart procedure as an effective troubleshooting procedure, it does quite a lot towards locating and solving issues. By running the restarting diagnostics and protocols, the system is able to get rid of a bunch of minor configuration and compatibility issues.

Moreover, the ‘straight to voicemail’ issue with your T-Mobile phone might be caused by one of those minor configuration problems the restarting procedure troubleshoots. So, go ahead and give your device a restart and allow it to resume its operation from a fresh and error-free starting point. 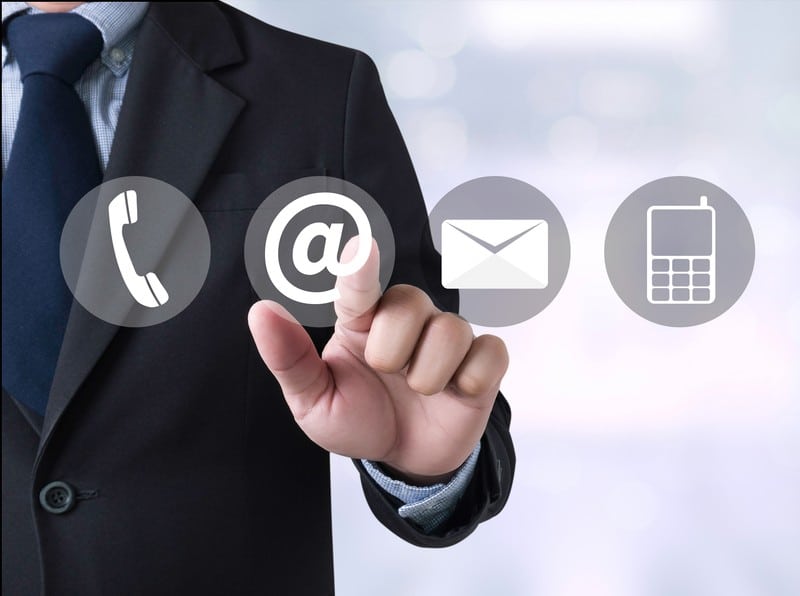 Should you attempt all the fixes herein and still experience the ‘straight to voicemail issue’ with your T-Mobile phone, you might want to consider contacting customer support. As they are used to dealing with all sorts of issues, there is a high chance they will have some extra tricks you can attempt in order to get rid of this persistent issue. 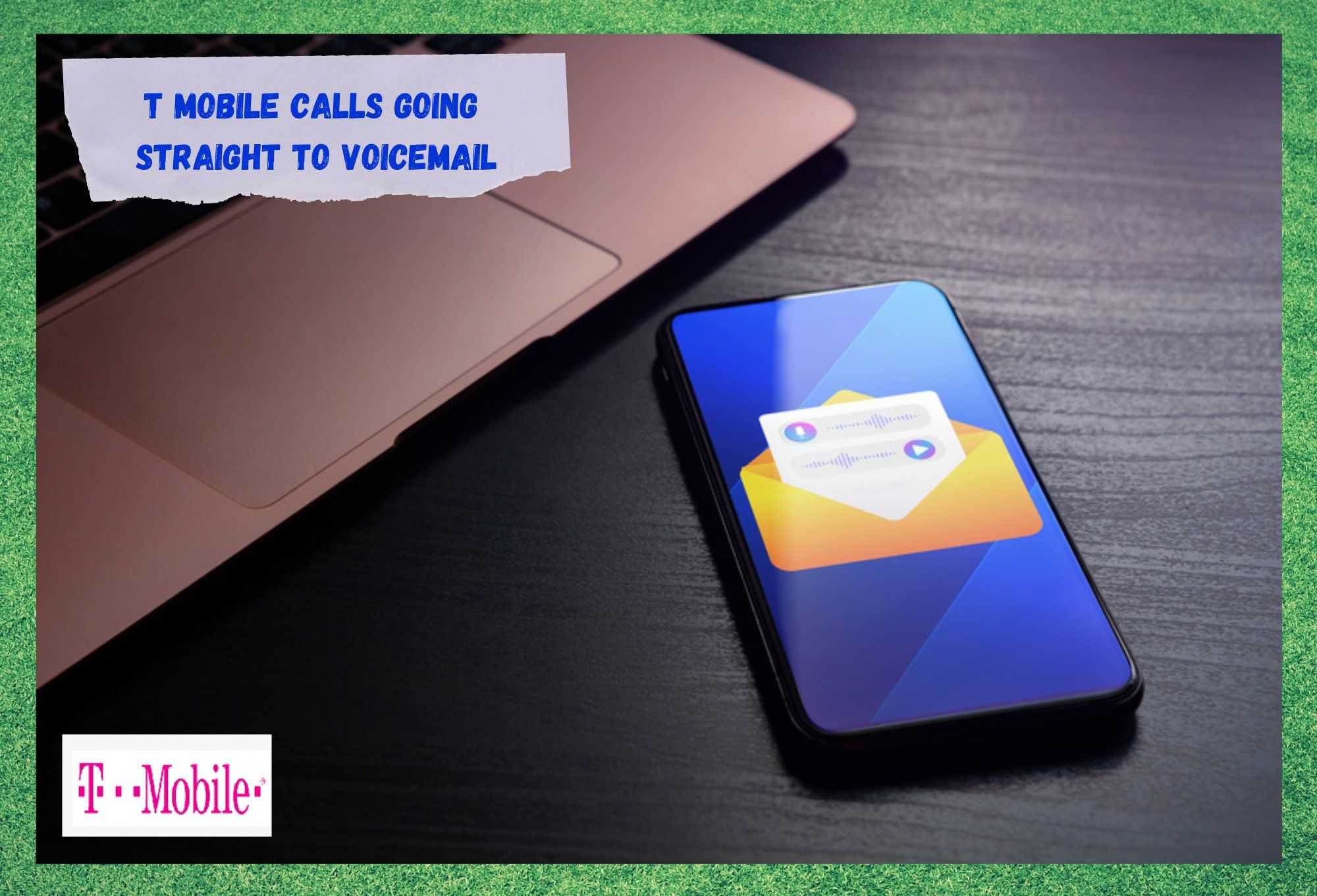