The latest version of Data Over Cable Service Interface Specification, DOCSIS 3.1 is the cable industry’s latest strategy to transform the venerable coaxial cable into a medium that approaches the data capacity and transmission speeds readily available from fiber optics. DOCSIS allows cable TV systems (CATV) to deliver both television programming and Internet access to their subscribers using a hybrid fiber-coaxial (HFC) infrastructure model.

Coax is a relatively ancient design, dating back from the late 19th century, and found in many telephony innovations over the years. Although the use of coax has been superseded in many applications, its ubiquitous presence has spurred the development of technology to make use of existing wire rather than constructing expensive new infrastructure, i.e., fiber.

Debuting in October 2013 (with subsequent revisions since), DOCSIS 3.1 (hereafter referred to as D3.1) has been eagerly anticipated by CATV. While the first DOCSIS standard was developed in 1988 with data rates measured in Mbs, the introduction of D3.1 now gives coax the capability to deliver speeds of 10 GB downstream and 2 GB upstream. A significant breakthrough is the deployment of orthogonal frequency domain multiplexing (OFDM) subcarriers, providing astonishing gains in both speed and data capacity – up to 50% across the same spectrum. All that’s essentially needed to ramp up these qualitatively higher speeds and capacities on existing coax is to manage OFDM with modems at either end. Another key innovation is the use of Low Density Parity-Check (LPDC) code error correction, improving carrier-to-noise ratio and optimizing channel bandwidth.

The first DOCSIS standard was developed by a consortium of industry players, most notably Cable Television Laboratories (CableLabs) –  the Bell Labs of CATV  –  and a number of hardware manufacturers including Cisco, Intel, Texas Instruments, ARRIS and Motorola.

The network design of D3.1 consists of two main elements: a customer premise equipment (CPE) modem on one end and a cable modem termination system (CMTS) on the CATV side. Typically the existing HFC infrastructure is used to deliver data from the CATV headend to a node serving up to 500 proximate subscribers. The digital signal is then converted to radio frequency (RF) and modem signals and switched to coax trunks for the “last mile” (LM) to the individual home or business. The CMTS serves the same purpose as the Digital Subscriber Line Access Multiplexer (DSLAM) used for telco DSL service.

Just as Europe and North America have different standards for T-1 Mb/s line rates, so do they for DOCSIS. EuroDOCSIS utilizes a bandwidth of 8MHz, conforming to Phase Alternating Line/Digital Video Broadcasting-Cable (PAL/DVB-C) standards. North America CATV (i.e., DOCSIS 3.0, henceforth stylized as D3) adheres to National Television System Committee/Advanced Television System Committee (NTSC/ATSC) standards of 6 MHz. Other differences abound as well, most significantly the international standard for digital transmission of television signals –  ITU-T.J83. Europe uses annex A; North America annex B. The greater bandwidth in Europe means that a bitrate of one downstream channel is 55.62 Mbps compared to North America’s 42.88 Mbps. Other downstream contrasts include divergent power requirements for modems, frequency plans, interleaver configurations and carrier-to-noise ratio specifications. Upstream requirements differ too, as do their use of digital certificates. Since D3.1 is backward compatible (see below), EuroDOCSIS remains unreconciled from the North American version.

In the following video from October 2013, Karthik Sundaresan of CableLabs gives a primer on DOCSIS 3.1 at the North American Network Operators’ Group (NANOG):

One particularly appealing attribute of D3.1 is its backward or cross-version compatibility, meaning it can be used with previous DOCSIS standards. D3.1 expands the downstream frequency of D3 from 6 MHz to potentially 192 MHz and the upstream frequency to 96 MHz. Quadrature amplitude modulation (QAM) order has also grown exponentially –  up to 4096 QAM bidirectionally from D3’s down 256 QAM and 64 QAM up. Another enhancement to D3.1 from its immediate predecessor is a new time protocol. The new specs call for a greater timestamp resolution of the modem – from 32 bits to 64 bits –  which allows a more accurate synchronization between the CPE and the CMTS. This increased accuracy provides a timing source for connected devices downstream from the cable modem.

Comcast Goes All In on D3.1; Indie MSOs Pass

Seeking to counter 1-gig competition from Verizon FiOS, AT&T U-verse and Google Fiber, much-maligned Comcast is the first multiple-systems operator (MSO) to bet big on D3.1. The multinational mass media behemoth rolled out D3.1 first in Atlanta –  where the company is currently dueling a public relations war with Google Fiber –  with subsequent incursions planned later this year for Nashville, Chicago, Miami and Detroit. The sheer market mass of Comcast assures industry-wide adoption of the D3.1 standard (at least for large MSOs; see below) given that the colossus is the largest ISP and CATV company in the U.S, operating 40 states and the District of Columbia. Not coincidentally, all five cities Comcast has targeted are currently served by AT&T’s GigaPower 1 Gbps service.

From an infrastructure capitalization viewpoint, it’s easy to see why Comcast is throwing down on its fiber competitors. Why should Comcast make a costly investment in building out Fiber to the Home (FTTH) facilities when it only needs relatively minor upgrades to its massive existing HFC infrastructure and CPE modems to deliver gigabit-speed broadband services to subscribers?

On the other hand, smaller indie MSOs have shown reluctance to plow money into existing hardwire plant. With surveys citing lower cable TV viewership due to the prevalence of Internet-delivered services like Netflix, Hulu, Crackle and Apple TV, these MSOs are electing to decrease emphasis on television service in favor of the Internet. “At this moment… we don’t think 3.1 makes sense,” Wave Broadband CEO Steve Weed said. “We think that the best economic model… is to do a fiber overlay on top of your HFC system and go straight to the home with the fiber as opposed to going 3.1. And surprisingly we think that’s better economics in the long run, much more efficient.” These smaller players conclude that given the efficiencies inherent in Ethernet, a network model extending fiber for the LM from the node looks to be a better business model than D3.1 deployment.

Predictably, D3.1 is not the last word in the development of DOCSIS –  Full Duplex D3.1 is on the horizon. According to R&D gurus Dan Rice and Belal Hamzeh of CableLabs, “The evolution to a DOCSIS 3.1 Full Duplex network is an incremental evolution of DOCSIS 3.1 technology and will support both backward compatibility and coexistence with previous generations of DOCSIS network deployments.” 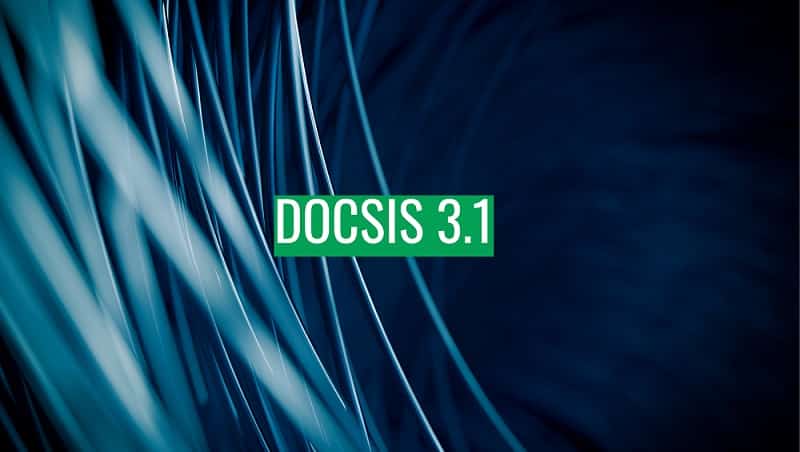