These days, pour phones have become a vital part of everyday life. Whereas we used to have to rely on landlines to make plans and appointments which we would then have to show up to exactly on time, these days we can update people on our goings-on as we are on the move.

Without this capability, we can tend to feel totally cut off from the world, and it isn’t long before the FOMO begins to drive you mad.

All of this being said, having a 100% reliable service also means we have to keep on top of our bills – and this isn’t always possible. Nasty surprises can drain ban accounts, leaving the phone bill unpaid and resulting in you being cut off.

Naturally, this has a lot of people wondering if they can still use their phone for Wi-Fi after they inevitably get cut off by their service provider. So, to let you know exactly how all of this works, we’ve decided to put together this little advice piece to keep you in the loop. And here it is!

If My Phone Is Cut Off, Can I still Use Wi-Fi?

This is one of those rare occasions where we get to give our readers some good news! The answer is yes, you can absolutely continue to use the Wi-Fi feature on your phone to connect to public networks and private ones alike.

The reason for this is that the phone will be receiving all the data it needs to get onto the internet from this network and not from your provider.

Essentially, it can be thought of as that your phone has transformed into a tablet – that is, it won’t need the SIM card for any of this, and it works from Wi-Fi. So, your phone still has a practical and viable use, even in this state.

As an added comfort, your phone being cut off won’t affect your Bluetooth either. However, things get a little trickier when it comes to using your apps. Some won’t work at all, whereas others will have limited functionality.

For example, if you are an avid Spotify user, you will still be able to listen to all of the songs and podcasts you have downloaded, but that’s about it. Instead, you’ll have to connect to some form of Wi-Fi before you attempt to listen to anything new.

It’s not a massive downside, but it can still affect you if you like to stick on podcast after podcast on long-haul drives. Basically, to round things up, if the app specifically requires mobile data, it won’t work. If it will accept a Wi-Fi connection to run, all functionalities should still remain.

Now, there may be some of you who are wondering what happens when there is an issue with your service. We’ll get to that now.

What Happens When There Is A Service Issue

So, we’ve already established that your phone will still run on any Wi-Fi source, even if your phone service has been cut off. It becomes a Wi-Fi only device. Effectively, it’s now just a smaller, less powerful version of a tablet.

This means that quite a few things that you may use on the regular for really important stuff can still be used – you’ll just need to make sure that you have access to a decent Wi-Fi connection at the time you need it.

One common example of this is Google Hangouts. A lot of business meetings and communications will happen over this medium. The good news is that they will still allow you to use their VoIP (voice over internet protocol calls) using their platform. Just make sure that the public Wi-Fi you’re using isn’t overburdened first!

We would always recommend running a quick speed test on the connection before trusting it for an important business call. To do this, all you’ll need to do is google “internet speed test” and a list of websites that provide this service for free will pop up. If we were forced to choose one to recommend, we would go with Ookla.

Can I Use Wi-Fi If My Service Is Suspended? 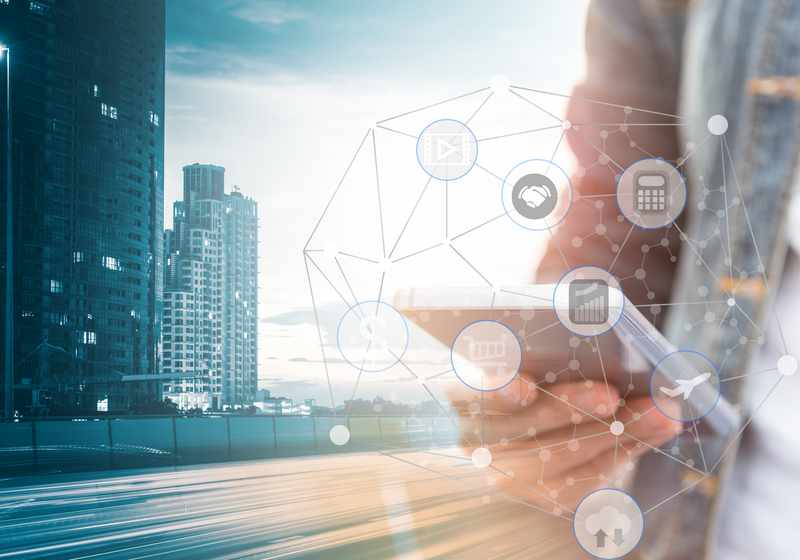 For those of you whose service has just been suspended and not quite cut off yet, here’s what that means for your Wi-Fi. Effectively, it is the same case as above. You won’t be able to use your service to make or receive calls and texts. Anything that requires data from your cell provider to run will no longer do so.

But the good news is that you will still be able to connect to the Wi-Fi and use that wherever you go. If the apps that you use don’t require data from your provider, in specific, then they will still work on Wi-Fi.

What About Texts & Calls 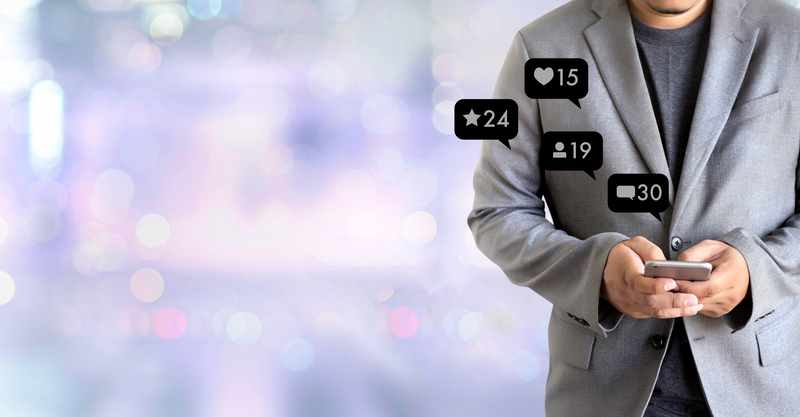 There are still quite a few people who use their phones as actual phones, preferring to call or text people as opposed to using any of the multitude of apps that now perform those tasks. In this case, you will be totally out of luck.

The only way that these services will work is if they have been permitted by your cell provider. Otherwise, you simply won’t receive the signal needed to use these features. That having being said, there is a way around this – at least for calling.

For those of you who may not have been aware, there is still a way to make calls via Wi-Fi calling. There is also the consideration of using iMessage on a Wi-Fi connection. There is also some good news here too.

This service can also be used, regardless of whether you have been cut off or not. You’ll just need a decent Wi-Fi signal to run it.

So, we’ve seen that getting cut off isn’t necessarily the biggest deal, once you know what you’re doing. If you plan everything out right, most of you will still be able to be in contact with the people you need to be in contact with. The long and short of it is that you’ll need to figure out where you can get the best Wi-Fi signals in your area. 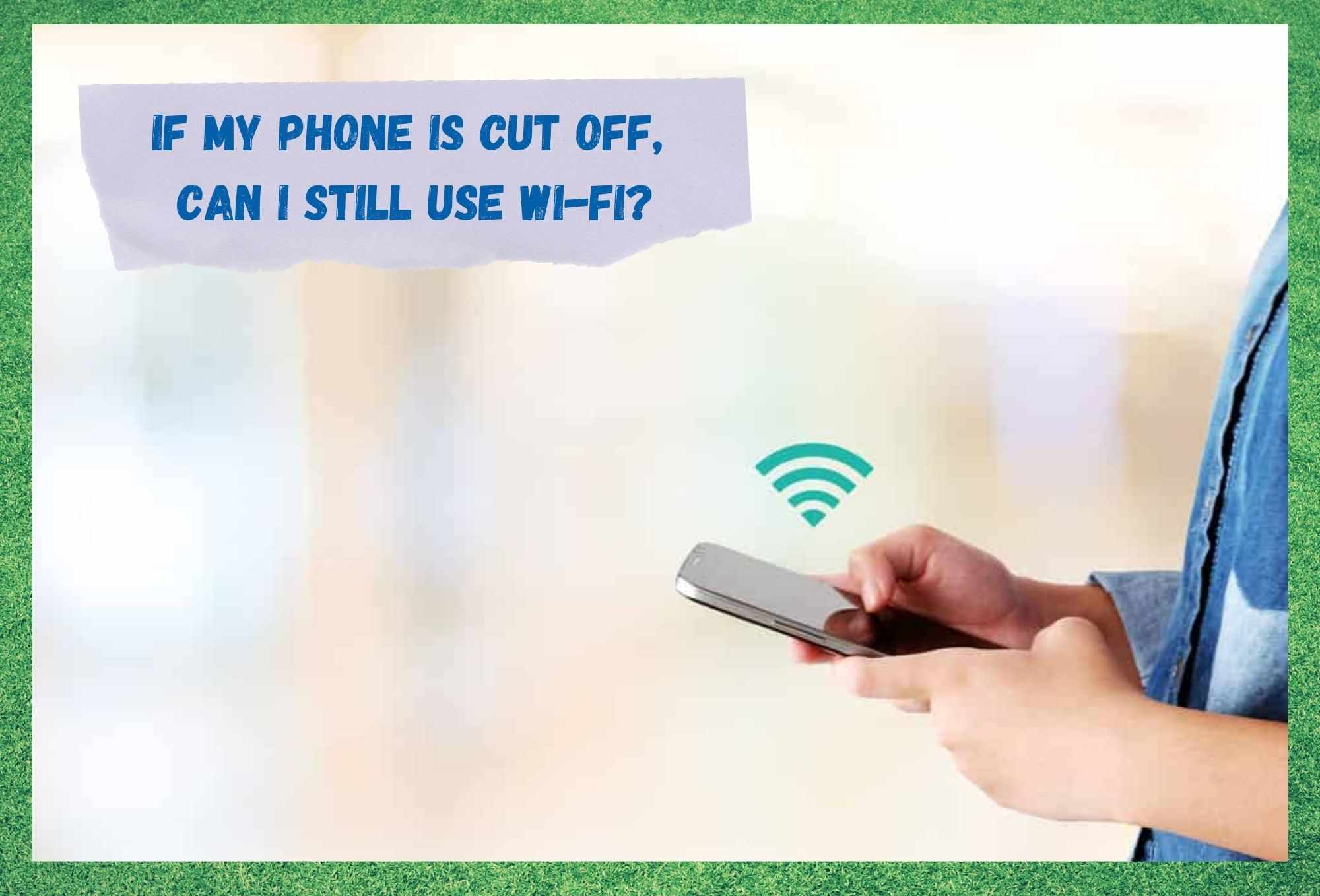 5 thoughts on “If My Phone Is Cut Off Can I Still Use WiFi?”