Do you remember how those small and very stylish flip phones were all the rage back then? Well, here’s good news for you. We now have smart flip phones with WiFi that combine the intelligence of an android phone, come with a fitted WiFi antenna, allowing you to connect to the internet and the ease of a smartphone. All the while looking as cool as day one and fulfilling your heart’s desire of owning a smart flip phone.

You’d be surprised to know that a lot of global smartphone brands are still investing in flip phones and there are a number of newer flip phones in the market that combine the intelligence of flip phones with that of a smartphone with an operating system and still are as easy to use as the older phones, but with enhanced speed and an up to date chipset.

Even Samsung and LG have invested their technologies into newer types for flip phones that come equipped with all the features of a smartphone and are compact like you’d want your flip phone to be, with longer battery life.

Although smartphones are great and there is no denying their feasibility, but sometimes you need something that is simple, yet does the work you’d want it to do. Now, we know, old flip phones that were all the rage in the past had limited capabilities but have you ever wondered how they can benefit you if they’re still around.

First of all, you’ll be simply able to put them into your pocket without actually having to worry about the screen getting scratched. Also because the flip phones come with a dialing pad, there is no worry about dialing someone else by mistake while the phone rests in your pocket. And of course, they look absolutely cool.

Now, the good news is that flip phones are back in the market and they’ve been made a whole lot smarter. Newer flip phones come available with an Android system and can connect to the internet easily thanks to the WiFi.

According to internet search results and authenticated information available at GSM Arena, there are about 33 known brands that have been making flip phones for the newer generations. These flip phones can easily connect to the internet and perform all activities of a smartphone, however, offering you the ease of handling like that of a simpler phone.

The surprising thing is that these 33 brands are just the major known ones, there are a number of off-brands making flip phones with WiFi in China, India and a number of other countries.

A number of known companies that are making flip phones with android include ZTE, Samsung, Nokia Alcatel, LG, and DoCoMo.

The newer generation of flip phones have 2 sim slots and most of them are using removable batteries, but all of these phones have WiFi feature in it as it is the need of time. Nokia 2720 was the first flip phone from Nokia to introduce WiFi. Samsung went ahead to introduce a flip phone with WiFi and a touch screen on Android, but that happens to be one of the most expensive flip phones in the market currently, while other companies are readily affordable.

So How Does A Flip Phone With WiFi Work?

Well simply put when engineers can make WiFi devices for a graphing calculator (talking about TI Nspire devices here) then they can certainly fit a WiFi module into the board of a flip phone and make it not only WiFi capable but also smart.

Why do people prefer flip phones with WiFi rather than the usual smartphone?

Well, if you think using a flip phone can help you digitally detox your system, you’re very right. You can use a flip phone with its WiFi capabilities turned off and stay disconnected for a while if you want.

However, there are a number of other reasons why flip phones with WiFi are currently becoming all the rage, once again.

Unlike smartphones, flip phones are designed to be very light when it comes to their structure. You won’t even feel the phone in your pocket.

Yes, all flip phones are small and they can easily fit within your pocket. Once closed, they’re even smaller and compact enough.

Now that’s one benefit none of us can ignore. Flip phones the newer ones with Android and WiFi are readily affordable. There might be some that cost around $75 but usually, you find a good flip phone with WiFi below $50. Now isn’t it cool and affordable? Also, the repairing cost of a flip phone is cheaper than a smartphone so you’ll not be worried about selling an organ to have your latest flip phone repaired. And oh.. no worries about the screens here.

Flip phones, even the ones that come equipped with WiFi are battery efficient. You can easily have your phone on standby for more than 10 days. Smaller screens, and fewer functions, although proper connectivity, consume less power than that of a smartphone.

For the most part, your obvious reason for owning a flip phone can come down to simplicity, ease of use, and cost. Flip phones with WiFi are cheaper than smartphones and easy to use. They make an even good option for seniors and children since they allow basic connectivity while keeping dangerous internet activities at bay. 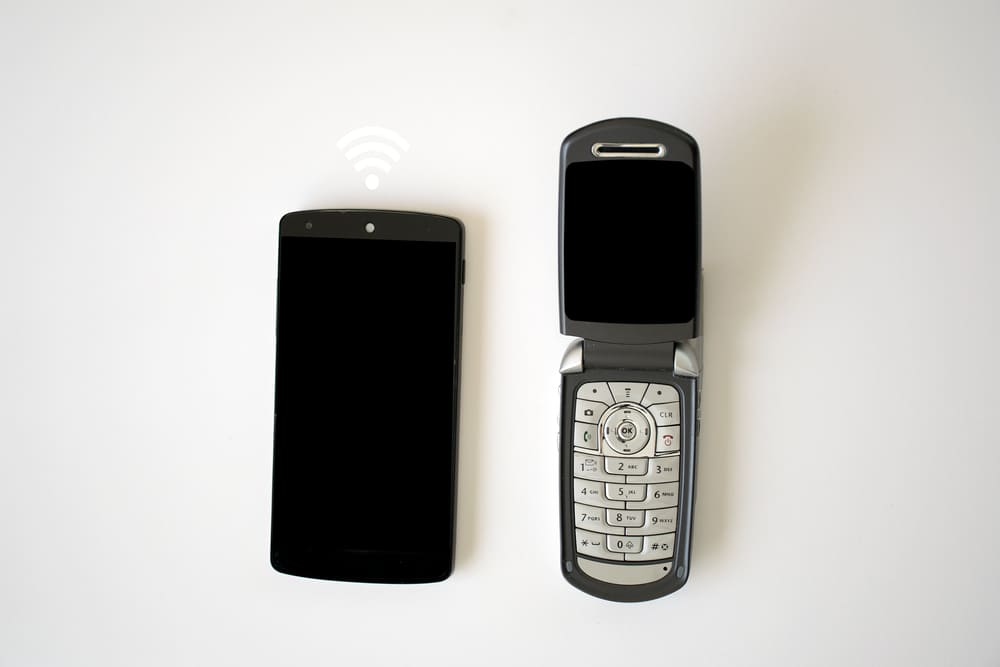