Faithful readers of this space will recall we’ve discussed cellular coverage in its many diverse applications from macrocell to femtocell and most recently digital antenna systems (DAS). Today we look at so-called “small cell” technology, a concept similar to DAS surveyed earlier this month. 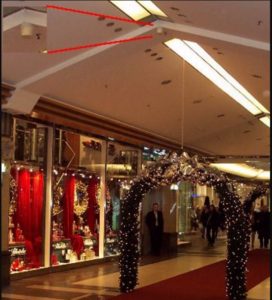 Truly, the task of expounding upon the differences between small cell and DAS technologies is best left to nitpicking pedants such as tech bloggers. Tech laity can be forgiven for failing to recognize much difference between the two. Deployments such as femtocells, picocells and microcells—each defined by its range of coverage—can all be considered “small cell” technologies. But DAS too is typically found in the same locations where small cell technology is deployed, namely shopping malls, campuses, office buildings and sports arenas.

Yet differences abound. The Small Cell Forum describes small cells as “an umbrella term for operator-controlled, low-powered radio access nodes, including those that operate in licensed spectrum and unlicensed carrier-grade Wi-Fi.” Herein this definition are found two significant distinctions between DAS and small cell technologies. The first is that while small cells accommodate both Wi-Fi and licensed cellular spectrum, DAS installers and operators as a rule strongly recommend avoiding the deployment of Wi-Fi on a DAS. One vendor explains:

The second is that small cells are “operator-controlled.” Whereas a DAS may feed into the networks of a number of mobile network operators (MNOs aka cellular carriers to those who don’t write tech blogs), small cells are provisioned by one MNO and hence operates only within their licensed RF spectrum. A DAS uses a head-end to separate various RF signals. A MNO then converts the RF to an optical signal for transport to a cellular base station where the optical signal is converted back into RF and transmitted onward for connection.  A DAS can support up to 8 spectrum bands. On the other hand, a small cell serves the subscribers of one MNO on one radio band or at most two.

Also, small cells use about half the RF power of a DAS. From this fact, we can infer that since a small cell uses less power, it requires more power modules than a DAS to serve the same coverage area. For this reason, DAS is considered a “coverage” solution while small cells are deemed to be a “capacity” solution even though additional modular deployments to either platform can address both issues.

As we noted in our previous article, DAS is better suited for spaces of 500,0002 feet while small cells are appropriate for areas of  ~100,0002 feet. Three factors play a huge role in deciding where to locate a small cell unit: a site for the most efficacious propagation of RF, power availability and backhaul infrastructure capability.

As a prelude to our look at Verizon and AT&T’s small cell strategies, here is a video showing AT&T’s deployment of a metrocell on a college campus:

As a rule, major MNOs like Big Red (Verizon) and the Death Star (AT&T) don’t like to share facilities or infrastructure with competitors. Bearing this in mind, it’s far cheaper for MNOs to construct and operate small cells that serve only their RF spectrum. As part of their ongoing attempt to provide sufficient bandwith to support 4G LTE for their subscribers, these MNOs have bolstered their RF signal by building out hundreds of small cell networks across the nation in locales like shopping malls, sports arenas and high-traffic urban concrete canyons. Should passersby notice an object the size of a mini-refrigerator hanging on a lamppost or a skyscraper wall or a utility pole, they may well be gazing at a small cell deployment. Known as micro remote radio units (RRUS), these access points are made by telecom vendor behemoths Ericsson and Alcatel-Lucent. Many newer devices are even smaller and less noticeable.

According to a blog sourced from the AG Media Group, for the past several years AT&T has unveiled HSPA+ and multi-technology (UMTS, LTE and Wi-Fi) small cells as a complement to DAS. (See the video above for an example.) When it comes to evaluating small cell deployment sites, AT&T evaluates locations on a “gold, silver and bronze” basis. Street corners with utility poles top this hierarchy, as they can transmit in all directions. Locations in the middle of city blocks are considered “silver”; deployments combining new construction with existing structures are deemed “bronze.” According to one analyst, it appears AT&T will focus its DAS investments on indoor locations while choosing small cells for outdoors deployments. Indoor DAS deployments are expected to top 12,000 locations by 2020.

Verizon, long considered the forward-thinking leader among the four major MNOs, has pursued what might be considered a “hybrid” strategy of deploying DAS and small cells by connecting their outdoor small cell  nodes to head-end equipment with optical fiber. In fact, Verizon maintains that the company has made the “largest small cell deployment” in the U.S. among all MNOs. Mike Haberman—VP of network for Verizon’s wireless business—describes Big Red’s strategy of filling in network gaps with the following comparison: “The macrocells are sort of the umbrella network and the small cells are underneath the umbrella network to provide the capacity needed.” He added, “We’ve been on utility poles, we’ve been on traffic lights, and we’re putting the small cells on those location.”

Those interested observers who keep tabs on the latest wireless plans from Verizon and AT&T have no doubt noticed that both companies of late are touting “Unlimited” wireless plans. No doubt this marketing strategy is  a response to competitors like Sprint and T-Mobile touting their own “Unlimited” products. But along with advances in carrier aggregation and MIMO technology, the deployment of small cells and DAS has given Big Red and the Death Star much needed access and coverage to support “Unlimited” data plans as subscriber use on their wireless networks continues to grow.

As wireless networks infill with ever smaller areas receiving coverage, the issue of property acquisition for the MNOs looms larger. In October 2015 wireless tycoon Marc Ganzi—founder of Global Tower Partners who reaped billions of dollars from the sale of his company to American Tower—notes that 270,000 total nodes (both indoors and outdoors) will be needed to support the burgeoning demand for wireless data. He adds, “That’s a much faster growth trajectory than when the tower industry was in its heyday.” Expect to see a rush by leasing agents eager to score the most attractive properties in order to support a MNO network’s growth in bandwidth capacity and coverage. Ganzi remarks, “A lot of property owners are going to have their doors knocked on.”