What Is Dual Band WiFi?

A feature allowing a device to function in two different frequency bands is a dual-band. Dual-band WiFi routers are the routers, which support 2.4 GHz and 5 GHz frequencies, simultaneously. The first dual-band WiFi routers were built to support both 802.11a and 802.11b clients that are present in various mixed networks. The latest WiFi routers are quicker and faster than ever, as they offer many powerful new features.

One important feature is that it is possible for the router to send data over two different radio “bands” or frequencies: the 5 GHz band and the 2.4 GHz band. Routers that use both of these bands are “dual-band” routers. It is not required to give the two bands a separate password from a security point of view. You can use the same for both bands as long as you have a strong password for your network.

Simultaneous and Selectable Dual-Band Routers are the two types of routers currently available in the markets with very different performance and capabilities. One of the top router choices is “Google WiFi”. Dual-band routers offer more range and stability than singe-band routers as they have hardware that is more modern and offers twice the bandwidth single-band routers have to offer. In addition, they are compatible with recent 5 GHz-friendly devices, such as the PlayStation 4 Pro, newer iPhones, etc.

How does It work?

The 5GHz frequency is more reliable and serves that broadband up faster than the 2.4 GHz one even when you are restricted by the speed of your incoming broadband. To improve the way your WiFi connects with multiple devices, many dual-band Wi-Fi routers support MU-MIMO technology.

The working of a dual-band WiFi is easy to use; it offers you two wireless networks. If your PC is suitable, you can see both the network names of your router and connect with the desired network.

Unfortunately, not all computers support a 5 GHz network, so even if the router is transmitting the second network, the computer will not be able to find it. As dual-band WiFi offers 5 GHz frequency or “band”, you can enjoy smooth image playback even with larger video files.

Users can switch between frequencies of 2.4GHz and 5GHz to avoid congestion in traffic by using dual-band routers. As interference happens to the WiFi signal because many household devices give off 2.4GHz radio frequencies. These interferences slow down the speed of the Internet, cause some intermittent signals and reduce the WiFi range. With the use of dual-band routers, it is possible to enjoy the less utilized 5GHz frequency with ease.

Dual-band WiFi lets you separate your devices’ network on to different bands according to your usage demands and provides enough WiFi strength to several devices to offer lag-free access to the internet.

The dual-band WiFi’s two separate connections are different on so many levels. Firstly, home appliances such as microwaves and televisions cannot interfere with the 5 GHz frequency, which makes the connection even faster and secure.

The ability to route traffic to either network is one of the major advantages of a dual-band router. These routers also let you use beamforming to prioritize the signals sent to all of your streaming devices.

Beamforming allows better a better quality connection and allows a router to direct its signal towards an adapter. These routers optimize the speed of your home network and even provide a secured VPN to provide a safe connection and network privacy.

As technology is advancing with time, The Auto-Intelligence programming of some routers also protects your data from vulnerability as well as advanced cyber threat protection is also provided for all of the different devices being used. The dual-band router lets you enjoy unlimited gaming, 4K or HD contents and streaming without buffering.

Single-band WiFi scatters signals in a very short range while the ranges provided by different dual-band WiFi adapters are mind-blowing as the device helps you to cover the whole home wirelessly because of the mesh topology. The wireless dead zones are filled by the mesh system that is why it is perfect for wireless routers.

This will deliver consistent performance and provide you with a better signal. You can roam freely and have seamless connectivity with it. There will be no threat of data leaks or hacking as it gives protection from malware and viruses as well.

Some routers use ‘band steering’ where they steer your devices to the band where there is less traffic. As they do not leave the choice up to your devices, they monitor the traffic and make the decision on their own. However, these routers do not attempt the switch the devices, which are old and connect only to the 2.4 GHz frequency.

To sum everything up, here are some advantages of using a dual-band WiFi router: 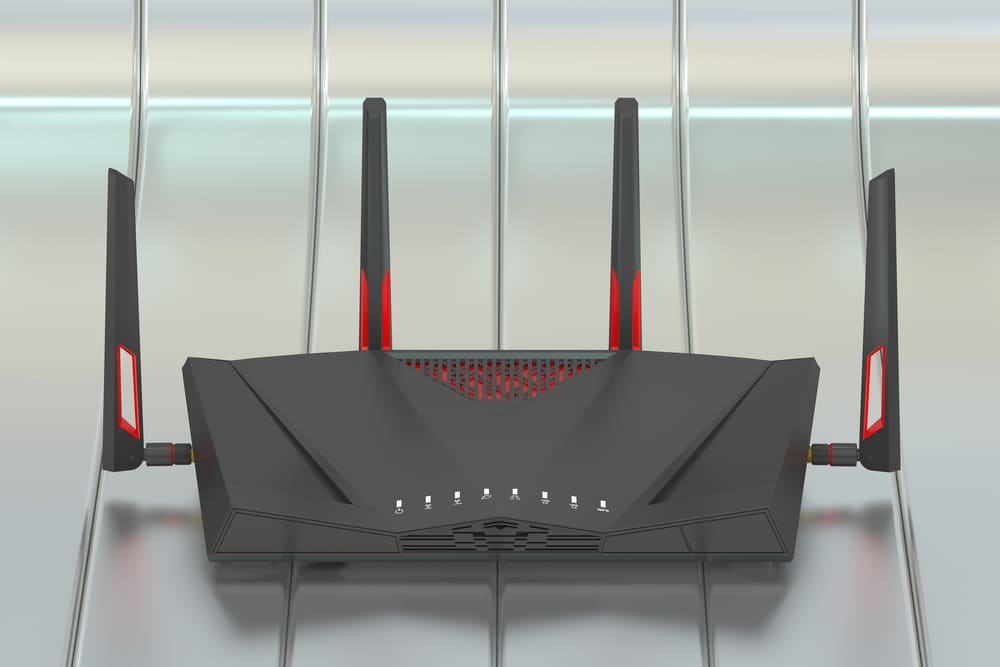