What currently drives the increase in cellular network user capacity is due in part to the ongoing evolution of micro- and picocellular networks. Mobile device users have a voracious appetite for cellular bandwidth, driving app usage and faster connection speeds. Legacy cellular technologies such as 2G were inadequate to meet demand. So in addition to developing technologies like 4G and LTE, approaches such as reducing cell sizes are needed to increase network user capacity.

A cell site’s working range is dependent on a number of factors. Elements such as line-of-sight propagation (e.g., antenna height), signal frequency, cellular technology, reflection and absorption of radio waves by surrounding topography and/or buildings, antenna array direction and other factors all must be considered when determining a cell site’s reliability for connection to mobile devices. There also must be sufficient overlap between cells for call handoff. Too much overlap can cause interference issues with surrounding sites.

As an example of how frequency affects range, consult the table below depicting the coverage area of a G3 CDMA2000 network:

Cellular Sizes from Large to Small

Part of the need to migrate to smaller network cells relates to the evolution of cellular technology. For example, the switch from 2G to 3G reduced cell base coverage by 20%. Analog cellular coverage with its relatively low frequencies provided much greater coverage than today’s higher frequencies used by modern digital technologies.

By decreasing cell sizes, user capacity is increased. Also, power consumption in mobile devices is reduced, allowing for longer device usage. But smaller cell sizes necessarily mean more call handoffs as users migrate between cells. In addition, the use of smaller cells adds to the complexity of locating subscribers. 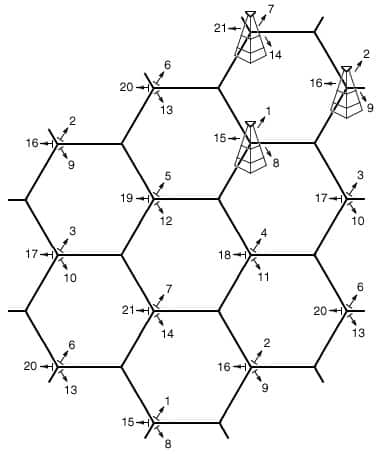 As author William Stallings wrote in 2001, “there is no single cellular network.” There are a passel of standards, ranging from obsolete 1G and 2G protocols to today’s LTE Advanced (4G). Moreover, there’s several channel access methods as well as cellular frequency bands. The crucial link between various mobile networks and landline networks is the public switched telephone network (PSTN). Through it, various cellular networks via their mobile telephone switching offices (MTSOs) transport calls and data originating on their network to terminate on other networks.

The basic building block of a cellular network, a macrocell size can be as small as half a kilometer (.31 mile) in range to as large as 20 Km (12.4 miles). A cellular base station or cell tower supports radio coverage across the area of a macrocell and generally provides the greatest areas of coverage within a mobile network.

Microcells, as mentioned, are increasingly used as a means to add and serve subscribers on ever more crowded cellular bandwidths. Microcells are essentially a diminutive macrocell with lower power and shorter ranges. Typically deployed in densely populated urban areas with an abundance of subscribers, they’re often found in cityscapes with plenty of tall buildings that can wreak havoc with radio signals. Microcells are also ideal for college or business campuses since their range generally encompasses a 2 Km (1.24 miles) area. Note that AT&T has a product called ‘Microcell,’ which has the wireless capability of a femtocell (see below).

The smallest cellular denominators of all, picocells and femtocells are the equivalent of a Wi-Fi access point. They’re found inside buildings, “urban canyons” and sports arenas with dense device usage. Note that picocellular equipment is usually owned and operated by carriers whereas the cost and operation of femtocellular equipment is generally borne by the property owner. These base stations also address the loss of outdoor signals when trying to penetrate walls or floors of buildings. The range for picocells is approximately 100 – 300 meters (328 – 984 feet) while femtocells have an even smaller footprint of 10 – 50 meters (33 – 164 feet).

Here is a short video from ip.access describing their femto- and picocell products:

While both are limited in range, pico- and femtocells have divergent applications. One type will usually be superior to the other depending upon need. For example, a football stadium would be better served by having several femtocells as opposed to one picocell. This is due to the dense usage of mobile devices within an area; several femtocells would have vastly more capacity than one picocell even though they may cover the same area. On the other hand, a femtocell would be a better fit for an environment such as the Las Vegas Strip or the Champs Elysee. 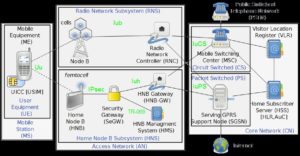 Table of Differences Between Femtocells and Picocells

Defined as “system of managed hubs and remote antennas that distributes a wireless signal to a series of connected indoor or outdoor multi-band, multi-technology radio heads,” DASs provide extensive coverage and capacity across a defined geographic area as large as a suburban neighborhood or as small as an office building.

In this age where consumers demand wireless speed, reliability, capacity and choice of networks, devising a network strategy to adequately meet the needs of mobile device subscribers is a tall order. Coverage requirements, topography, usage forecasts and ROI considerations are all factors when building a DAS or smaller network. Each approach has its own advantages and limitations; thus specific applications, both for present and future use, must be diligently examined.