Comcast, the Philadelphia-based telecommunications company, ranks on top positions in all their businesses fronts. Achieving positions such as the world’s top cable provider and leader in the broadcast business in the U.S. are remarkable achievements.

In order to do this, Comcast counted on the success of their Xfinity line of products, which was designed to deliver the ultimate in cable TV, internet, and home telephony.

Since the Xfinity line hit the top positions in sales a few years ago, Comcast has been ever more consolidated, both in the market and in the rankings. 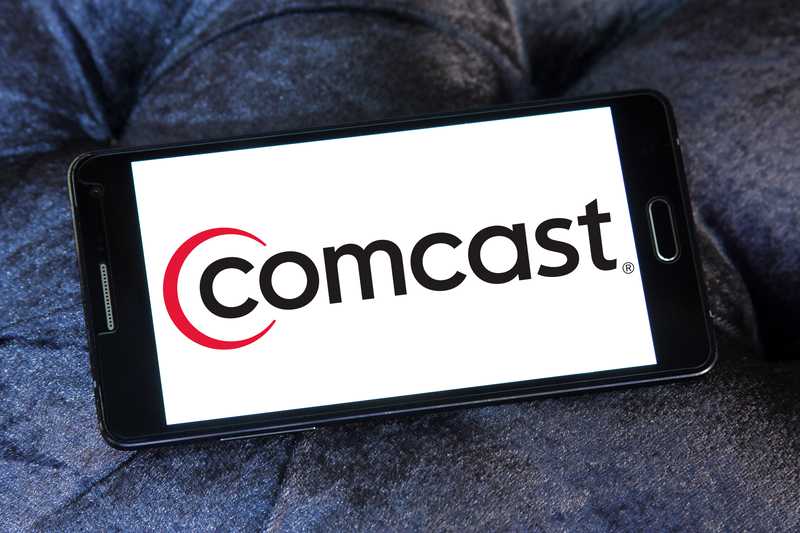 The company made affordability the word of the day when they designed the Comcast box, which rapidly reached the million subscribers mark has grown ever since and it is now closer to the 35 million mark.

Comcast had to put a lot of time and money to aggregate the outstanding quality of their services into an affordable TV box. But the results were astounding. 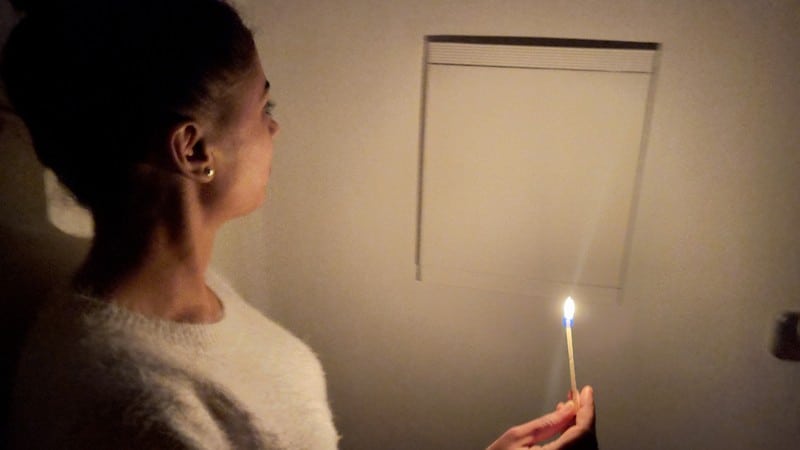 Even with all their renowned quality of service, Comcast isn’t free from issues. As it has been most recently reported by some users, the Comcast box has been suffering with an issue that is hindering the performance of the device.

The issue has been mostly reported to happen after power outages and it seems to affect the electrical system as the device simply won’t switch on.

Since many users have been reporting the same issue, and considering that an effective troubleshooting guide is still lacking, we came up with a list of six easy fixes any user can attempt without risking any sort of harm to the equipment. 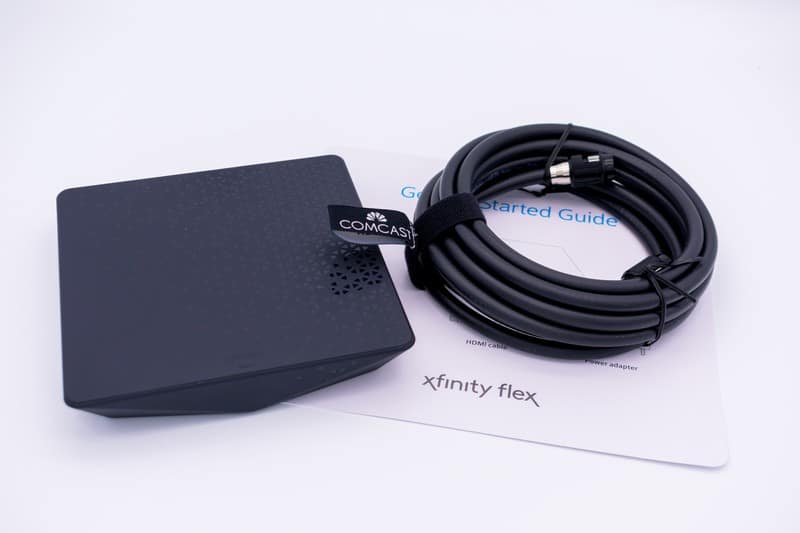 As mentioned before, the issue has been reported by a number of users, who are still looking for an explanation and an effective solution for this problem.

Since the issue has been reported to happen mostly after power outages, it leads us into believing the issue is directly affecting the electrical system of the device. But, at what point? Where should I look for damages or which components should be replaced?

Since the issue has been mentioned to happen almost always in post-power outage moments, the first aspect of the device to be assesses should be the electrical components.

As it goes, many electronic devices might have their electrical system damaged by power outages, especially if the outage was caused by a surge .

For those not so acquainted with the terms, a surge is an unexpected temporary increase in the current or voltage of an electrical circuit, and it can be quite harmful should it be a large one.

Imagine your home appliances, which are used to running on the normal amount of voltage, being suddenly stricken by a huge boost of voltage. That would make you think that your fridge will suffer some sort of damage, as it is not prepared to deal with such a huge amount of electricity. 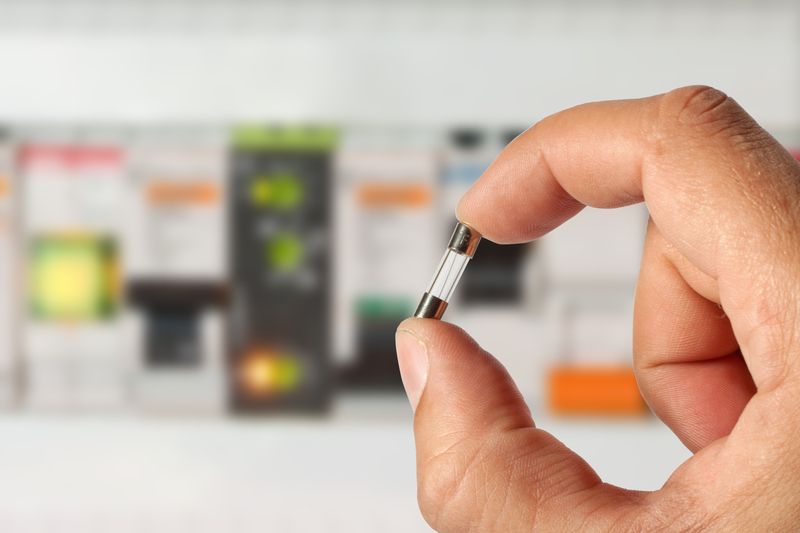 Now, imagine that your fridge, which is actually true for most models, has a device that cuts the electrical system in the event the current reaches a certain level. That is exactly what a fuse does, as it sacrifices itself to protect the whole system.

Therefore, the first thing you want to do is check the fuses on your Comcast TV box, as they might have been ‘fried’ in order to save the rest of the electrical components. Since the fuse works as a circuit breaker, once it ‘fries’, there is no way the electrical system works without the circuit being re-established.

Should the fuses be gone, have a professional replace them, as the components inside the box are sensitive and might get damaged. However, if you are sure you know what you are doing when it comes to electronics, this should be within your wheelhouse. 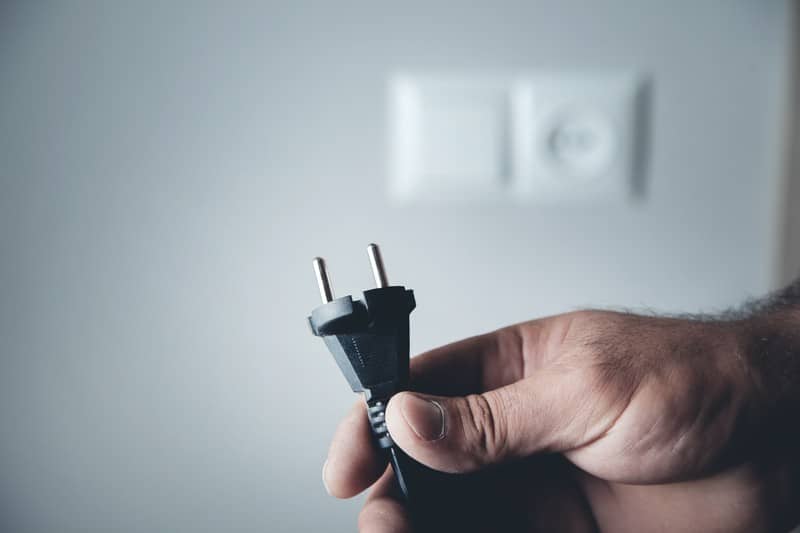 Sometimes, electrical systems that suffer some sort of damage, if not too severe, only need a while to get back on their feet. It can happen that the outage was caused by a surge and therefore, the amount of electricity running into the device’s power components is causing it to heat up.

Alternatively, a fuse or circuit breaker might have been activated but not blown. In any of those cases, a simple moment to ‘breathe’ should be enough to get the device back to its normal condition.

Therefore, should you notice your Comcast TV box is not properly working, or not working at all, after a power outage, simply unplug the power cord from the outlet and let it rest for a good half an hour.

That should be enough for the components to bet back on their feet and the system connections to be re-established. Bear in mind though, that since the issue was probably caused by energy-related events, an extra layer of safety should be added when attempting to remove the power cord from the outlet.

Additionally, once the power cord is plugged back again onto the power outlet, the device will perform a restart, which means a full assessment and correction of possible errors. 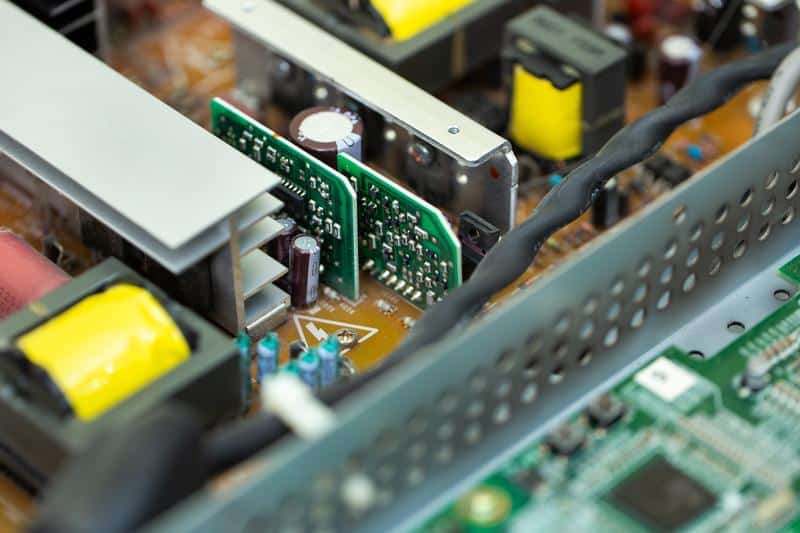 As mentioned before, a power outage, especially if caused by a surge, can damage the power system of electronic devices. Not only the fuses or circuit breakers, but also the other components of the electric system.

Therefore, it is important to check if, after the power outage, there is no damage caused to the power system of your Comcast TV box.

Since this might be a delicate operation, we strongly suggest you bring it to a specialist. They have all the required tools and expertise to check every aspect of the electric system and will surely be able to let you know if you need to replace any of the components. 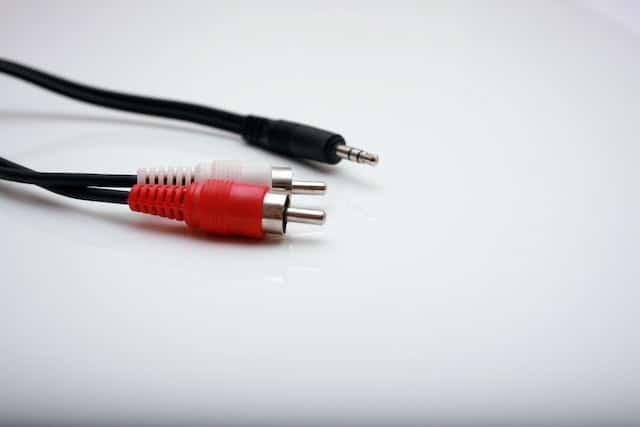 Power surges can also cause damage to cables and connectors. Those are also extremely relevant components that are responsible for the electricity distribution both inside and outside the Comcast TV box. Therefore, they should also be checked for possible damage caused by an excessive current intake.

Also, cables and connectors do not usually come with the extra layer of protection that fuses and circuit breakers offer, so when a stronger electrical current flows through them, the possibilities of damage are higher.

Moreover, should they already experience some sort of damage, even imperceptible to the eye, a power outage might do the rest and the cable or connector may end up malfunctioning.

So, check your cables for any sort of damage, i.e., frays or bends, and also that the connectors are not burnt or poorly connected to the ports. 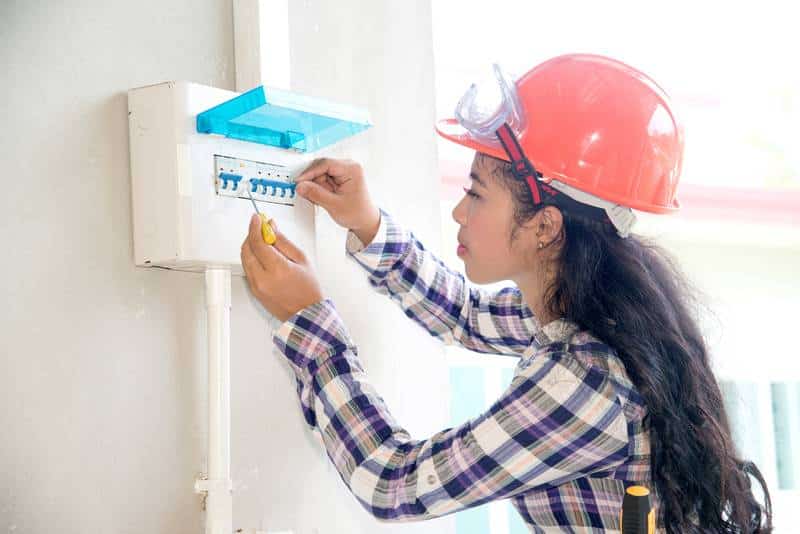 Not only the internal and external electrical components of the Comcast TV box, the cables and the connectors might suffer damage with a power outage or surge. Your house system might as well suffer with it, as not all parts of it are necessarily equipped with materials that can handle strong current intakes.

So, give an electrician a call and have your home electrical system checked for damages. That is important not only for the current functioning of your Comcast TV box, but also for its longevity. 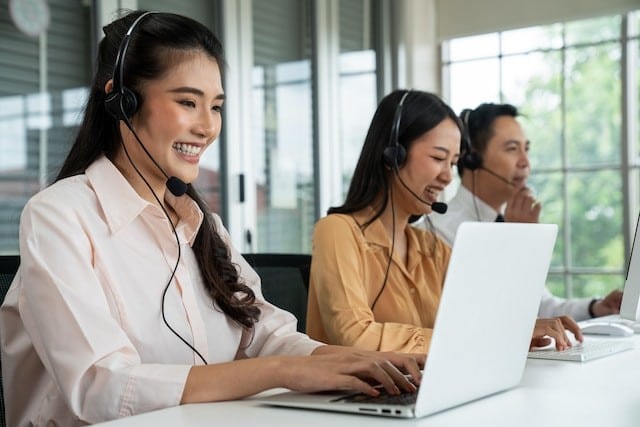 Should you attempt all the fixes in the list and still experience the power issue with your Comcast TV box, make sure to give the company customer support a call. Their highly trained professionals are used to dealing with all sorts of issues and they know their products inside out.

Therefore, they are the most indicated to deliver a solution to any sort of problem you might experience with your Comcast TV box. Additionally, should the box be permanently damaged, they can have a new one be sent to your address in no time.

Should your Comcast TV box stop working after a power outage, make sure to follow all the steps mentioned herein and the odds the issue is solved will be fairly high. Should nothing work, contact Comcast specialists and have them handle the issue with all their equipment and knowledge.

On a final note, make sure to let us know if you find out about other easy ways to fix the post-power outage issue with Comcast TV box. Leave a message in the comments section and help out your fellow readers get through this terrible issue. 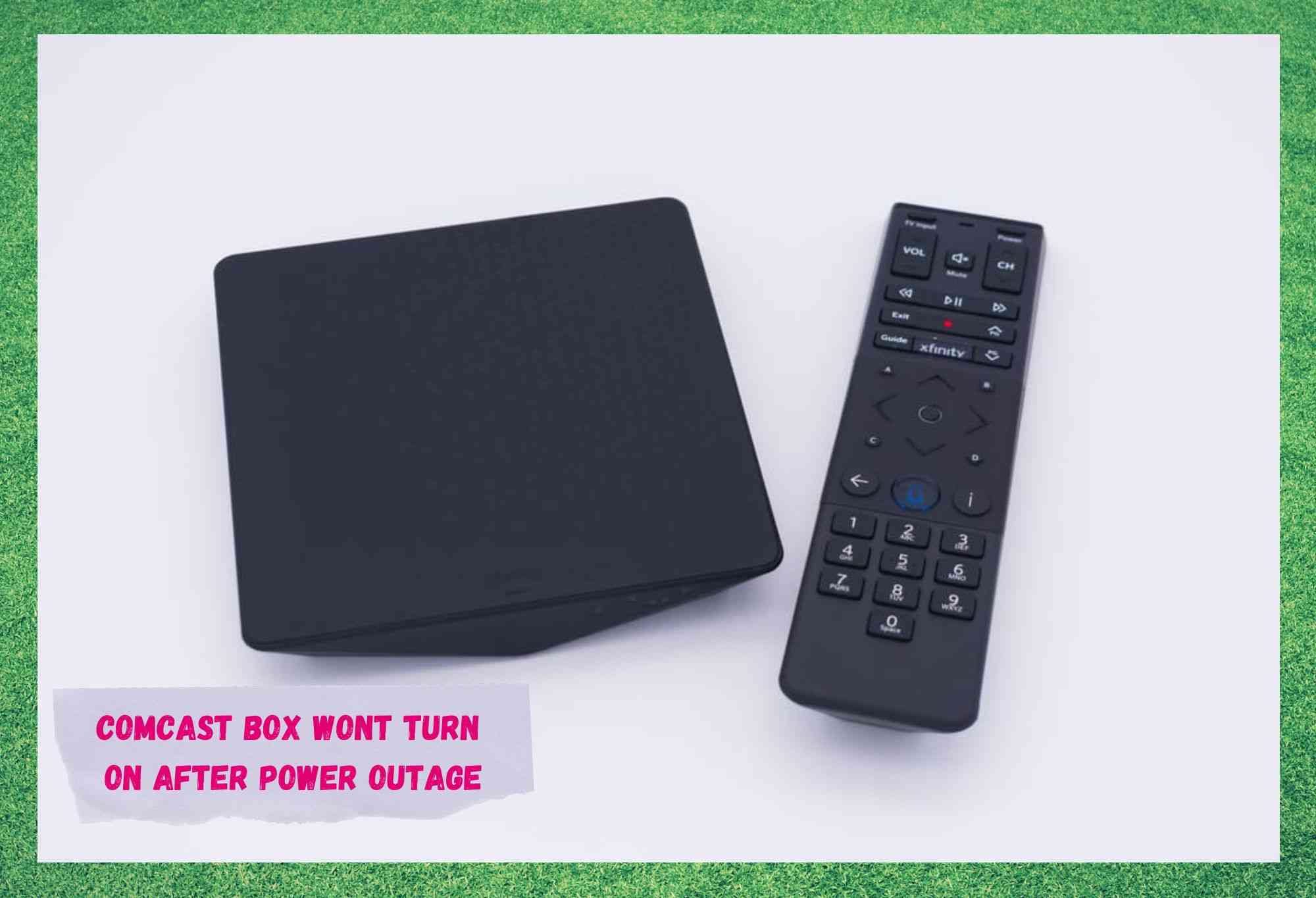