Buying the right bits of equipment can be really tough, and even more so when some products seem to be essentially the same thing as another. Even if you are knowledgeable in the world of tech, it can be hard to get it right and end up with the device that best suits your needs.

Among the two devices that are most often pitted together are the TP-Link Switch and the Netgear Switch. They look the same, right? Well, to clear things up, we thought we would go and explain the key differences between the two.

In terms of status, there is not all that much that separates the two companies. Both Netgear and TP-Link are relatively highly regarded as reputable manufactures of all thing internet, such as routers, modems, access points, and of course – switches.

Oddly enough, both companies were founded back in the early days of household internet access – 1996 – but come from different ends of the earth. Netgear is an American entity, whereas TP-Link has its origins in China.

But does that mean that he switches they make are going to be the exact same? Well, there is a little more to it than just that. 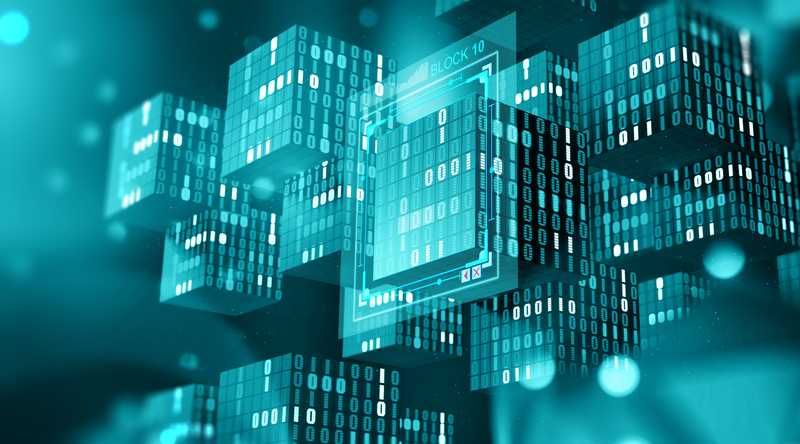 Thankfully, internet technology has moved along at a rocket-like rate since the dark ages of 1996. But what is particularly interesting is that every company pretty much has the same access to technologies, no matter where they are in the world.

So, for every bit of tech know-how Netgear has, TP-Link will inevitably have access to the same source. Because of this, the switches made by both companies here will have the exact same capabilities.

In fact, the main difference between the two can sometimes be something as small as their price point, with each offering occasional deals that way undercut the other.

So, for us, a switch from either TP-Link or Netgear will do exactly the same thing. So, our advice would be to just buy whichever one is cheaper at the time!

So, that’s really all there is to it. At this point, we feel that going into the greater details about how each company builds their specific devices, we would probably be better off just explaining exactly how a switch works.

We can also go into exactly what kinds of switch can be bought from either company. We are taking this approach for the simple reason that it may just give you the information you need to buy the switch that best suits your own personal needs.

Switches: How do they work?

The best way to go about explaining what a switch does is actually by explaining how things used to work before the advent of the switch – which is the hub. The hub, which is by now best considered a relic of the past, used to allow multiple devices within a local area network (or LAN) to connect.

It was a primitive piece of kit in that was effectively brainless and pretty much the only thing it was good for was holding multiple ethernet ports which allowed for several devices to be run into it.

So, if you happened to be in possession of a four-port hub, this will mean that there are four devices connected to it.

Then, the way that it facilitated the devices communicating with each other went as such: when any device within this hub wanted to send information to another computer, it would first check that the server wasn’t busy.

If it finds that the server is not busy, it will then proceed to send over the data packets. Then, the millions of data packets that carry the IP address of the recipient computer will then flow out of the computer that is sending them and into the hub.

What happens next is key to how a hub works. The hub, being the archetype brainless lump of a device, would then send out a copy of these millions of data packets to every computer connected to it.

The saving grace of this device is that this didn’t mean that you had accidentally sent out something to everyone that was designed for just one person. The thing that stopped that, though, wasn’t the hub itself. 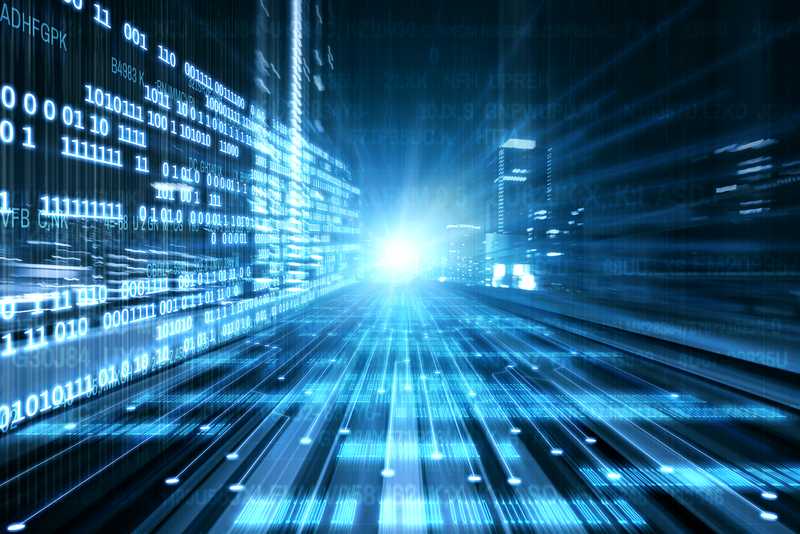 When the data packets reached the 3 other computers connected to the hub, the only one that could accept it would be the one that carried the IP address sent out by the sending party. The other 2 computers would just reject the packets on the spot.

However, the mere fact that so much unnecessary packets were being sent in the first place was a bit of a problem in that it caused quite a bit of congestion and sluggish performance.

And then came the switch…

Seeing that there was a clear and obvious solution to the problem, engineers got to work on figuring out how to put a brain into this undoubtedly dumb box. The intelligent hub that resulted from this is now what we call a switch. Pretty neat, isn’t it?

The feature that really differentiates the hub from the switch is the latter’s ability to learn the MAC address of any device that gets connected to it. So, it now works like this.

The first part of the process of sending data packets happens in the exact same way as it did with a hub. The difference is that when the data transfer begins, the switch begins thinking and actually gets to learning a few things. 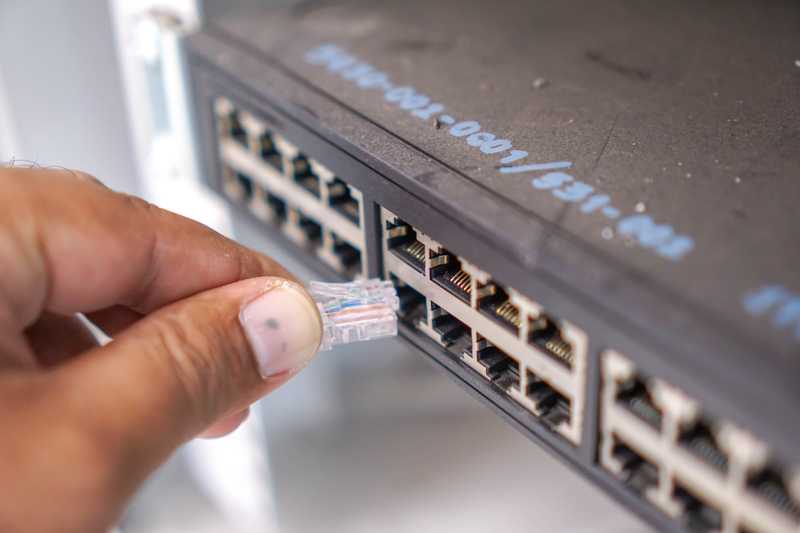 When the sending computer (C1) sends data packages into the switch, the switch will then automatically figure out that C1 is connected to port 1.

Then, when these data packets are received by the intended recipient computer, which we will call C2, this computer will then send a confirmation signal back to C1 to confirm that it has received the data packets.

Now let’s say that a third computer (C3) gets involved and wants to send a few million packets over to C1 or C2, the switch will only send the data to the intended computer because it has now learned that PC’s unique MAC address.

So, as you can see, that cuts down on quite a bit of unnecessary traffic going into the device. Just to confirm – every network device ever made has its own unique MAC address.

There can be no mistakes leading to unintended recipients. All switches will do at least this. Really, it is just the features that they have aside from this that set them apart from each other. We will run through a few different types now. 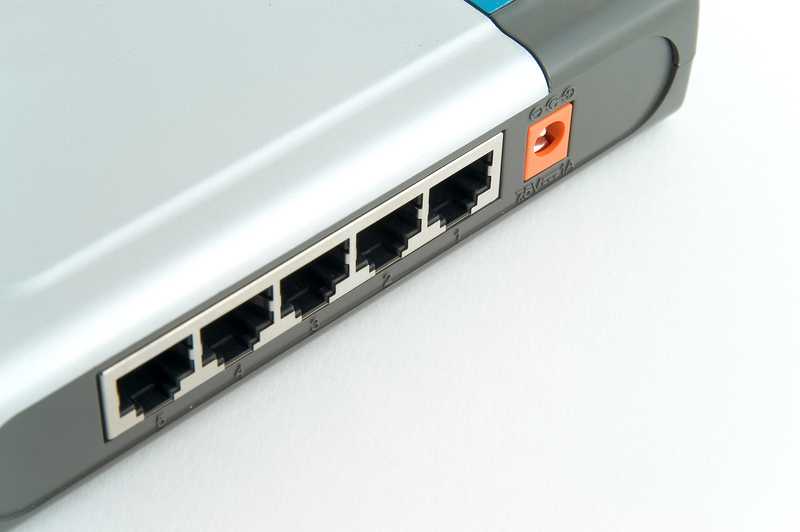 There is an absolutely he variety in the number of ports a switch can have, which ranges from 4 ports all the way up to a whopping 256. For home networks, we generally find that the better and more suitable options are the 4, 6, and 8 port options.

Switches with more ports than that are generally only used for large businesses and the like. 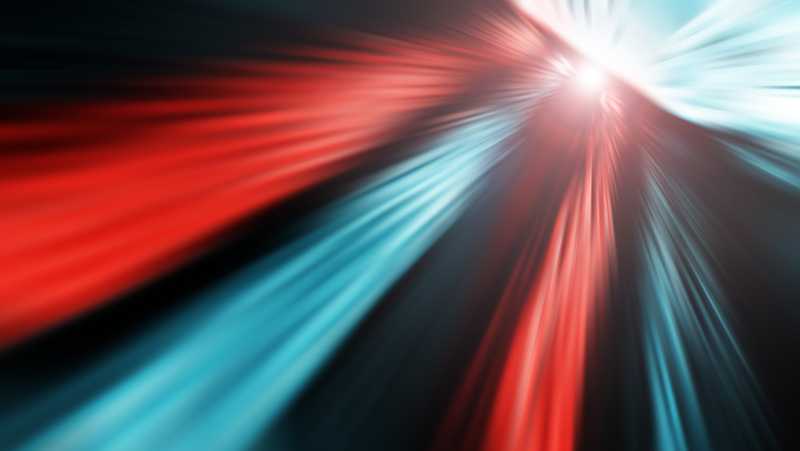 Switches are also separated by what network speeds they can support and handle. For example, a switch can either support 10, 100, or 1000 megabytes network speed.

Now that we think about it, there are even some switches out there these days that can handle 10 gigs of speed, but we struggle to think of any time that has applied to us! So, what we would suggest is opting for a switch that matches the sort of speeds you can expect to have access to in your area.

These types only allow for one way communication and as such, we wouldn’t really recommend these as they don’t support simultaneous talk and listen functionality. The full-switch, on the other hand, can do both at the same time with no hassle.

So, now that we have gone through pretty much all of the basic information there is on switches, all that remains is to choose the one that suits your needs. As we have seen, the brand isn’t really what matters here. What matters a lot more is what type/class of switch that you opt for. Hope this helped! 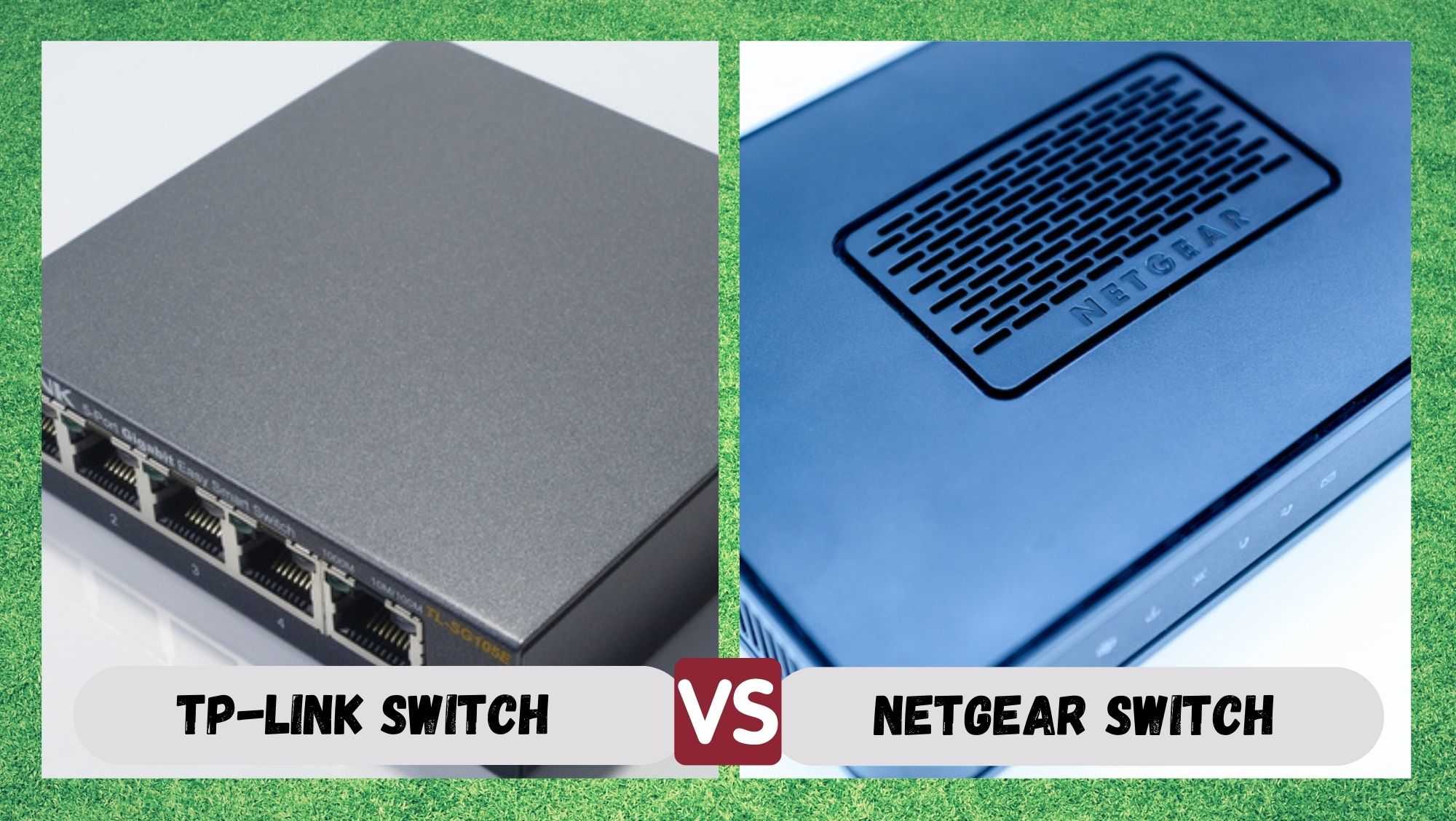