Everything is modernizing with time including games and gaming equipment. New technologies are replacing old ones and gamers can easily become overwhelmed by the sheer amount of new gadgets available to them. Controllers are a crucial part of gaming and one decision facing all gamers is whether they want a wired or wireless one.

Controllers  have a profound effect on your gaming experience, and the main factor in that is latency. So, understanding the difference in latency between the Xbox One Wired vs Wireless Controller is crucial in determining which is the one for you. So, let’s dive in and have a look at the pros and cons of each.

Xbox One Wired vs Wireless Controller Latency?.. What is Latency?..

Let’s start with describing what latency is? The fact that Xbox designers and engineers work so hard to reduce latency shows just what an important aspect it is in the world of video gaming.

In video games terms, latency measures exactly how long it takes for a signal to travel from your controller to your console, and then from the console to the display. It is mostly measured in milliseconds and lesser latency makes for a better gaming experience.

How Latency Is Related to Game Controllers?

There is a list of components that affect controller performance and latency is one of them. It contributes to the controller’s signal input as well as output during the gameplay.

Usually game controllers include a joystick to control the movements of the character. The role of latency here is to get your character to perform the desired action in good time. Controllers that do not have good latency will transmit signals a little later than when the action is performed on the controller.

This results in a delayed command. The delay will be tiny and only last for few milliseconds so most people wouldn’t even be able to notice the difference. 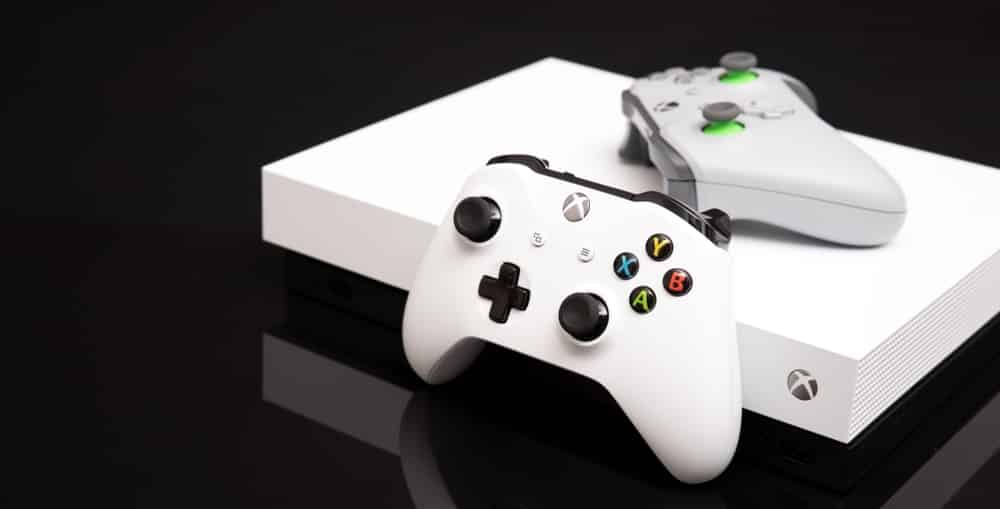 The Xbox One wireless controller was designed by Microsoft and is best solution to latency issues. It is a kind of a reference design that helped inspire the third-party alternatives. It packs all the most significant features with few added premium touches. Let’s check out the Pros and Cons of a wireless controller.

Microsoft has successfully upgraded the wireless protocols related to the Xbox One wired controller compared with its wireless alternative. They have reduced the input lag by approximately 20% in their new Xbox 360 wireless game controller.

Being wireless, the device allows the user to roam around the room and still be able to play the game. You don’t have to worry about being near the console all the time when using a wireless controller.

As seen in any other products from the Xbox brand, the Xbox One wireless controller also shows impressive build quality.

The advanced wireless game device promises better compatibility with the growing range of video game consoles and accessories. And Xbox One controllers are absolutely the best when it comes to compatibility. The majority of games have built-in support for Xbox game controllers so you won’t need any extra drivers for conversions.

The Xbox One wireless controller comes packed with ergonomic buttons and multicolored light bulbs, giving the device a lush design.

The worst-case scenario is having your wireless controller’s batteries running out while you are in the middle of serious gameplay game. Obviously nobody likes a sudden loss due to such stupid battery reasons. 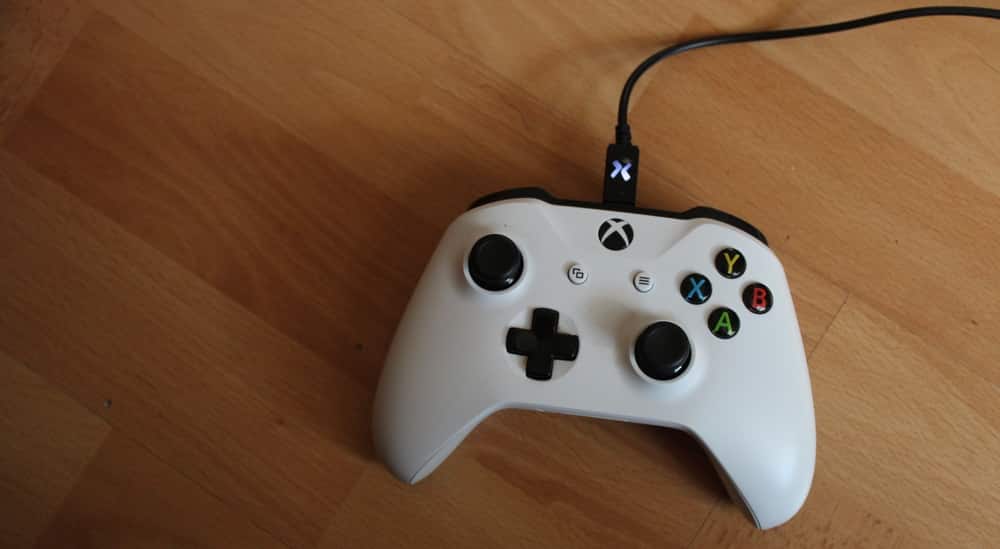 The Xbox One game controller guarantees great features, some of which often go unnoticed by other manufacturers. Let’s look at the pros and cons.

If you are used to sitting near your display screen, then wired controllers are your go-to option. The cables are usually about 2 to 3 meters long which is enough to move around as required by the game.

The response time of wired controllers is faster than wireless ones, although speeds are greatly improved in the upgraded wireless devices.

The wire connections come with the benefit that they cannot run out of batteries as they are constantly connected to an electric source.

Using a wired game controller locks you in certain restricted boundaries. You can go as far as your cable allows. The space you have to move around in is determined by the length of your wire.

If you use a wired game controller, you must be well aware of the baggage of the inevitable mess of tangled wires. tangled wire mess. And this can cause a lot of trouble. One can get stuck in the wire and any sudden movements result in easy detachments.

Wired connections get damaged easily and require a replacement more often than you can think. Overly used wires tend to become damaged as quickly as you can get your hands on the controller.

Judging by the comparison draft between Xbox One Wired VS Wireless Controller Latency, the controller option you choose will depend basically upon your experience. It will be totally up to your own requirements and preferences.

If you are thinking about purchasing a new game controller just to take your gaming experience up a notch, you should definitely try Xbox One Wireless controllers. It will allow you to be free from the restrictions of having to be near the console all the time.

The price difference between the two controllers is not that big of a deal, so opt for the one you like best. 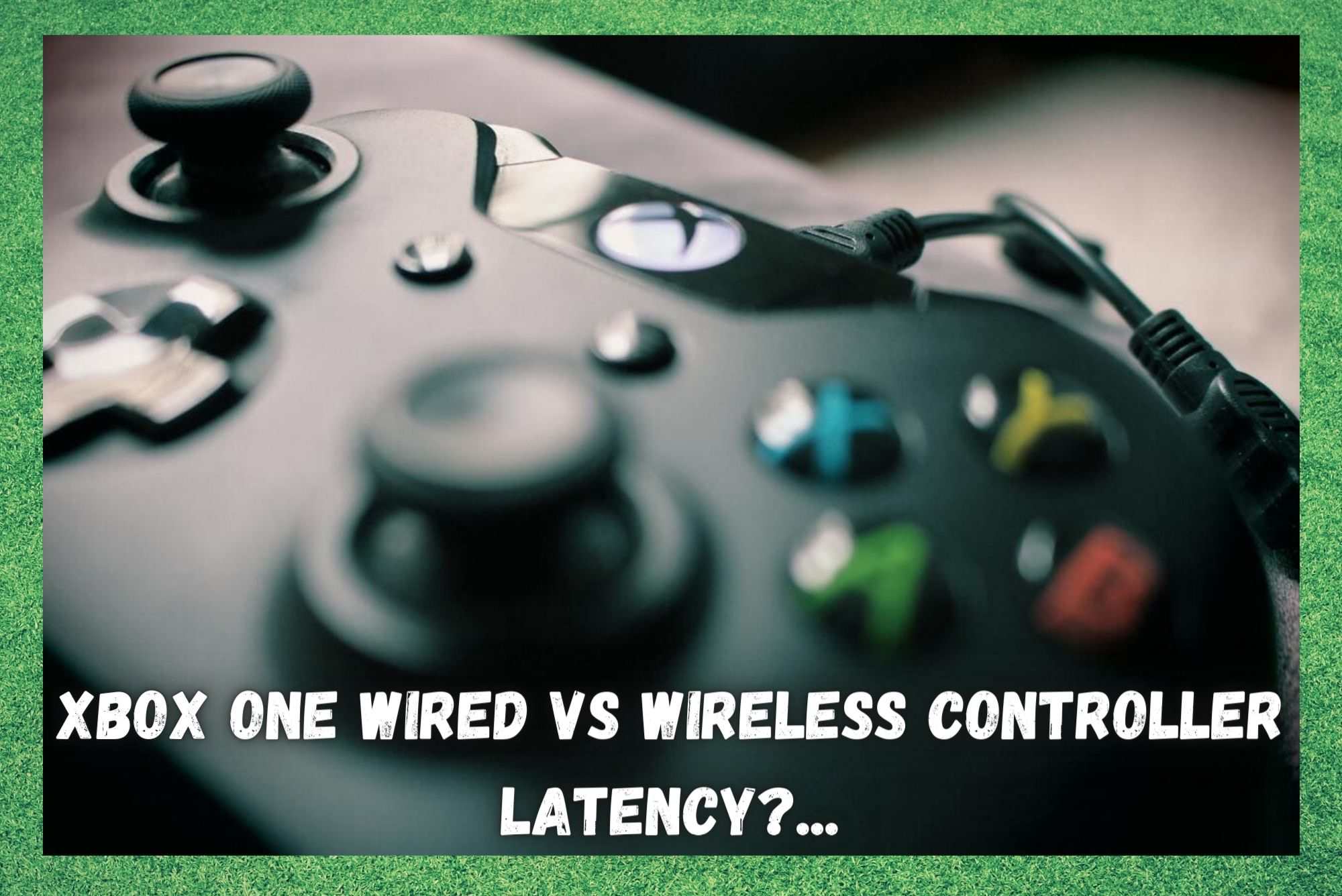