AT&T is another smart telecom company that is providing its services across numerous countries in the world. They have emerged as one of the top telecom services providers in the USA with their top-notch qualitative services and some of the best and most economical plans that they are offering.

However, with the advancement of technology and high competition amongst these telecom companies, the game is not about the best quality services and prices anymore.

The race has turned towards offering more convenience and services in addition to quality telecom services at an affordable cost. To counter that and stay ahead of the competition, each telecom company is bringing up a new initiative each day for the convenience of its users.

As much as you don’t want it, but this is the game and monopoly being played by these tech giants to keep you in the fold and retain as many customers as they can. Similarly, AT&T is taking its part in the game and they never cease to stop.

Their development and marketing team is mostly one step ahead of the competition and brings out some of the best features for their customers to keep their interest and make them not switch their plan.

We as a consumer must take advantage of the situation and we have been seeing a considerable fall in prices of telecom companies and their tariffs due to this highly competitive market. AT&T is ahead of the game and with the best possible rates and top-quality network, they have more to impress you as one of their services is known as AT&T Smart Limits.

What is AT&T Smart Limits

You must be hesitant while allowing your child a smartphone due to obvious reasons. These devices can cause them to get addiction and over usage of these cellphones can cost your children much more than time.

Not to mention, while children are in the developing age and hormones growing, they can easily be influenced by all the negativity going out there on Social media and you need to stay aware of your children’s actions at all times to help them grow through their teenage.

How does It work?

If you have a family plan with AT&T, that allows you access to several great apps that will allow you access to multiple features of your family devices. These apps include Family maps and Smart Limits (Parental Control) applications.

So, Smart Limits is one of the apps that you will get access to once you sign up for a family plan with AT&T. The rest of the process is pretty simple, all you have to do is sign up for an account and register the numbers for your children in the portal.

The best part about using Smart Limits is that it is not limited to a mobile phone only and they also provide you with a web-based application that will allow you to log in from anywhere if you don’t have your cellphone around you to keep a track and manage your children’s cellphone usage easily and conveniently.

So, now you have pretty much the idea of what AT&T smart limits actually is and how does it work. Let’s have a look at some of the top features that are being offered by them to help you monitor and manage your children’s smartphone usage conveniently.

At a younger age, you must be aware of who your children are getting acquainted with or who they are in touch with to make sure that they are not getting involved with the wrong people. Smart Limits allow you to monitor their calls, text messages, and other communication records so you can always know who your children are texting or calling at the times. You also have the option to restrict their usage to certain family and friends numbers so no unwanted person can reach them through their cellphone.

If you don’t want to do that, you can also block certain numbers that you think might be spam or bad influence to keep your children protected at all times while they are using their cellphones.

This does not only end at calls and messages but you can also monitor the apps they are using so you can have a better idea of what type of applications they are spending most of the time. You can also monitor your children’s content on social media applications such as youtube and have the ability to restrict adult content on their cellphones so they cannot access that.

If you are concerned that your children are too much into texting or getting addicted to using the internet or social media on their phones. You can simply set limits on their text messages, calls, or even their internet usage. All this control entails you to parent the right way and have control over your children’s smartphones without being physically present there.

You can also set plans for them to allow them a certain number of text messages, calls, or internet data that they can use on their devices to help them learn to manage those resources efficiently so it will not be a problem for them as adults. Smart Limits generate weekly reports on these data usage as well so you don’t have to filter out the red flags manually and simply see where most time is being spent. 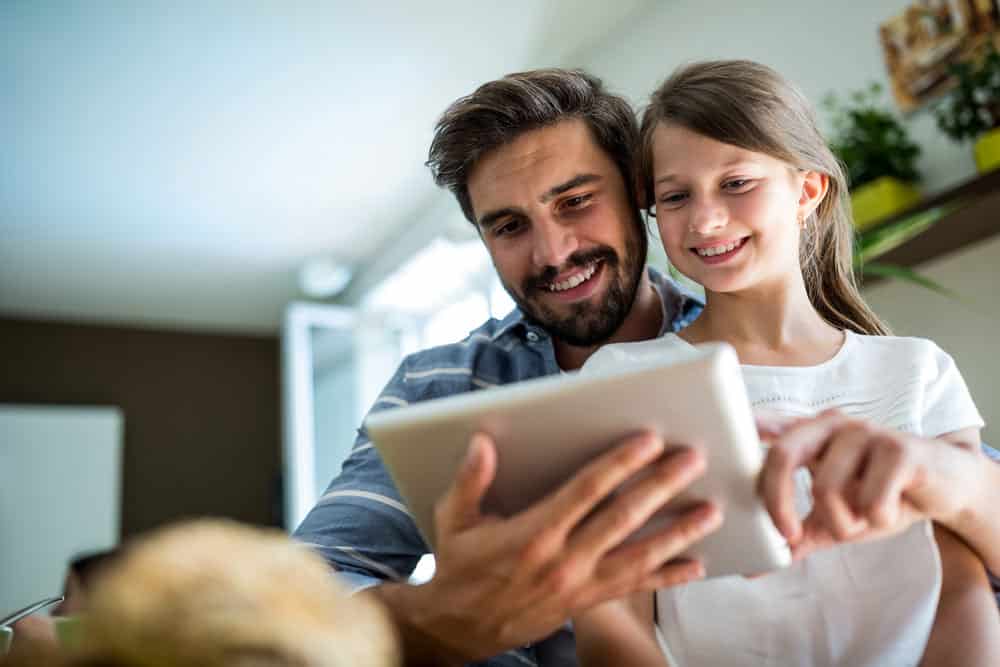