One of the few tech advancements that really changed the way we operate as a society is the ability to text. In an instant, we could communicate vital details to people in shorthand, letting them know that we would be late, or that dinner was ready.

Though most of us have moved on from this and now use online messaging apps to communicate, every now and then it’s great to have the backup of traditional texting in your pocket. However, as this tech evolved and allowed us to send videos and pictures in place of words, the potential for something to go wrong has increased somewhat.

Those of you who are with the communications giant T-Mobile are among the millions who can avail of these service. And, generally everything works out just fine. You send the message, someone else receives it. However, it can be frustrating when this service just seems to stop working.

Although T-Mobile have a pretty outstanding record when it comes to reliability, some of you are reporting a few issues on this end. Well, today we’re here to resolve those issues for you. Read on to figure out how!

How To Fix T-Mobile Insufficient Prepaid Funds Or MMS Blocked

Though it is true to say that the MMS service on T-Mobile is pretty great and works at last 99% of the time, there are users out there who are reporting difficulties. Naturally, this is only a tiny percentage of the customer base, but, it is still enough to warrant us writing a guide to fix it.

For most of you, you will have noticed that every time you try to send an MMS, instead of sending it just pops up a message that reads: “Insufficient prepaid funds or MMS blocked”. So, if this is the situation you have found yourself in, you have come to the right place. Below, we will help you get to the bottom of it.

1) Check To See If You Have Changed Your Plan

Generally, in these help articles, we like to start with the simplest solution first and then jump into the slightly more difficult stiff later on. But, don’t rule this one out because it appears to be too easy to ever work.

Quite often, users of services such as T-Mobile can make slight alterations to their plan without reading through all of the small print. So, it is actually quite possible that you are seeing the “insufficient prepaid funds or MMS blocked” message on your phone for this exact reason.

The reason for this is that some T-Mobile plans have MMS included in the plan whereas others don’t. Given that there are a few plans out there, this can happen quite easily without you really even noticing – especially if you don’t send MMS on a regular basis.

Really, the only thing to do here is to recheck your plan and try to locate any information in the small print that mentions MMS services. After this, you can switch plans again without much hassle if you really need to have MMS services included.

2) Changing Your Calling Preference from Wi-Fi to Cellular Network

More often than not, the whole issue can be the result of a simple setting on your phone. Again, this one is pretty easy to check and should only take a few minutes. Occasionally, T-Mobile customers will have set the calling preferences on their phone to Wi-Fi at some point in the past without really taking into account the knock-on effects of this.

Due to this change, the result is such that they can no longer send any MMS on their phone because doing so requires you to be connected to the cellular network.

Luckily, this problem is really easy to fix, regardless of whether you have a lot of tech know-how. All you need to do is check the calling preferences that you have set on your phone. If it is set to Wi-Fi,

simply change it back to Cellular Network and you should be up and running again. At this point, we would advise sending an MMS to confirm whether or not the issue has resolved itself.

Unfortunately, if this fix or the one above hasn’t worked, the likelihood is that there is a problem on T-Mobile’s end and not yours. In such a case, there really isn’t anything left to do except for getting the professionals involved.

3) Get in Touch With T-Mobile Customer Support

If none of the above two suggestions worked for you, you can consider yourself among the unlucky few. Generally speaking, the cause of this issue with MMS services is on the end of the user. However, once you have proven that it isn’t, it just shows that there is something more serious at play.

So, if that’s where you have found yourself, you will need to contact T-Mobile Customer Support. As far as customer support goes, we have found that T-Mobile are usually quite helpful and will go the extra mile to resolve the situation.

Usually, with problems such as these, they will connect you to a dedicated technical expert who will have the experience and the knowledge to get things fixed quickly. In addition to that, this person will be able to tell whether the issue is specific to your device or whether it is a network problem.

So, in the worst case scenario, they can still narrow down the range of causes. If it turns out that the problem has been with your network the whole time, you can then lodge a complaint with them if you see fit to do so.

For many users, MMS is still one of the most useful services and one that you shouldn’t have to go without. This is especially the case if you are paying for that service. So, if you are receiving the “insufficient prepaid funds or MMS blocked” error message on your phone, the quickest way to resolve it is to go through the steps above. 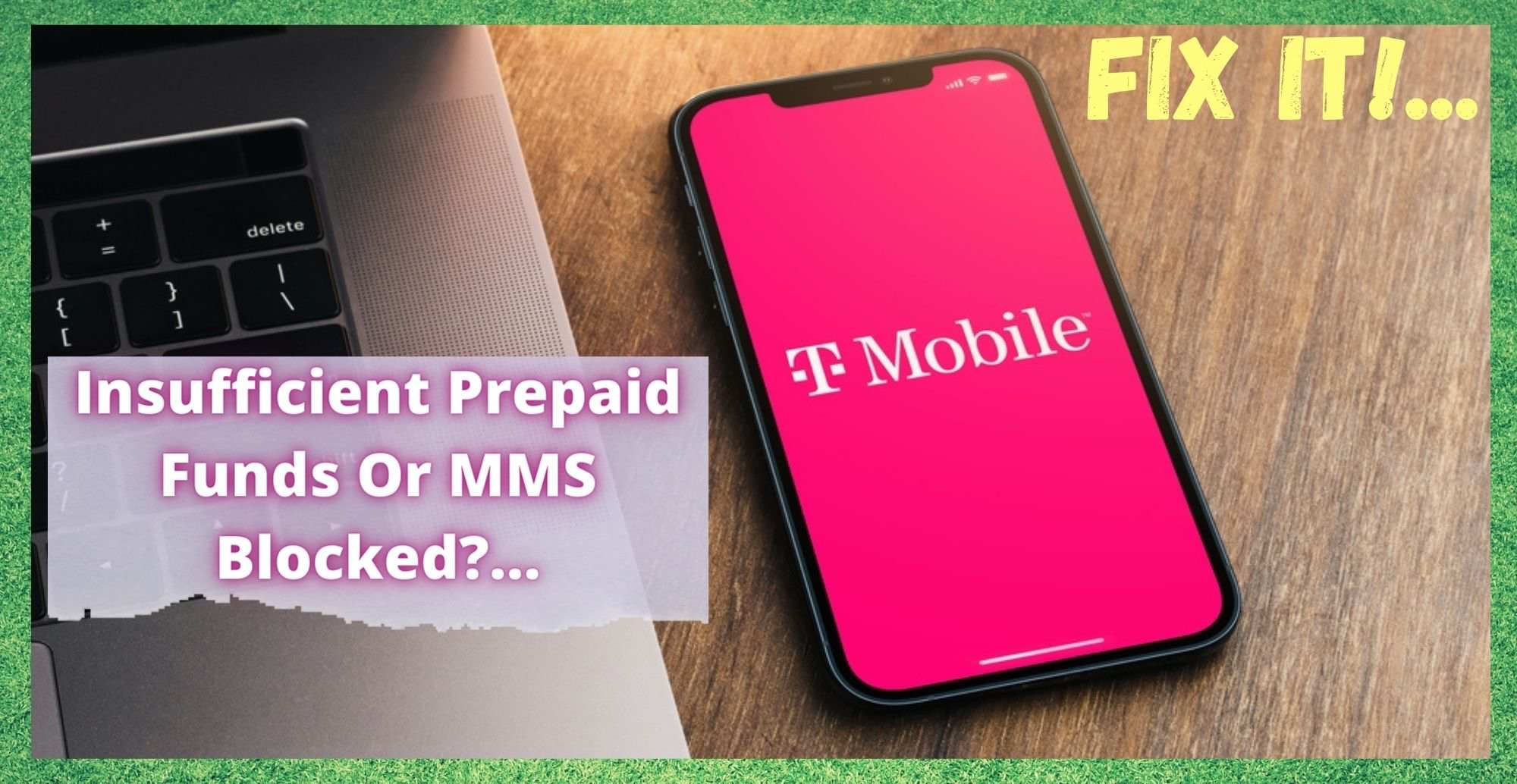