Can Someone Else Use My VPN?

Virtual Private Network is a tool that is used to ensure online security while surfing websites on the Internet. You see people using the VPN service more often these days. The ability to bypass any content blocks, geo-blocking, or walled garden Internet status appears to attract a great population. Moreover, the data encryption feature is very promising in terms of protection of privacy. The majority of people use some type of VPN software these days.

The more professional people related to the business sector have a premium VPN account whereas the common people use a free or a lite version of the software. However, as the usage and demand of VPN increased, people started using it for more and more devices, such as their cell phones, computers, tablets, Apple TV, laptops, TV box, etc. This leads us to a question that can someone else use my VPN? Let’s get to know more about VPN and the different features that it has to offer in order to answer this question.

As you all know, every VPN comes with its own specific privacy policy and security features. Most VPNs also offer some other perks and benefits. It should be noted that a single account of a VPN can only be connected to a limited number of devices. In other words, a VPN subscription works for only a certain range of computing devices.

This device range is set by none other than the service provider which usually varies between a total count of 3 to 10 devices. The number of devices also depends upon the subscription plan. Generally, a greater premium subscription allows more devices to be connected to the same VPN account.

For instance, consider your VPN subscription allows you to connect only 3 devices to the server at a time. Now if you want to connect anymore devices, you would have to get another account or a bigger subscription plan. Otherwise, it is impossible to connect a 4th device to the same account simultaneously. This is when you desperately want to share your VPN.

The VPN device limits and restrictions are often irritating. But there is always a solution to every problem. Here, the solution is to share your VPN with other devices. You can connect your device with VPN simultaneously with the other devices by sharing your VPN.

But remember, while sharing the VPN connection, you are only allowed to use that one ‘free slot’ of your subscription plan. Keep this in mind that VPN sharing can only be done once, so make sure you set it upright, take your time, and make no mistakes in sharing your VPN connection. Once you’re all done, you’re good to enjoy your VPN services on the desired choice of device.

Sharing your VPN connection basically depends upon the platform you are using. Thus, to answer your question Can someone else share my VPN? We have are several different ways in which you can easily share your VPN connection with whomever you want. These are described shortly as follows:

Do you know, if you’re using a VPN subscription, you can actually set up the VPN on your home Wi-Fi router? This way all your devices connected to that wireless router will have an ultimate VPN connection. Some VPN servers do come up in the form of applications made especially to be connected to the routers or to act as a home router such as ExpressVPN.

Using a VPN router has its own advantages. Most importantly this will eliminate the limited range of devices that are allowed on your certain subscription plan. When you connect your router with the VPN, it accounts for one device from your limited device range. So obviously you have the capacity to connect more devices with your VPN. Plus you can connect as many devices as you want with the router and still have VPN services with all those connections.

2. Sharing a VPN with Your Desktop

You can also share your VPN connection by using your desktop computer. Just connect your computer with the VPN servers and share this connection with your other devices by using an Internet connection.

If you’re using the Windows PC, there is a feature of the virtual router that you can use to share the VPN connection with your other devices. If you already have a VPN software pre-installed on your desktop computer, it is easier to share your VPN connection.

There are actually two different methods in which you can share your VPN connection with other devices. One goes by using the Ethernet port of your computer and the other works by connecting the device wirelessly.

3. Sharing VPN on Your Android

Your Android devices can also be used for sharing the VPN connection. You must be familiar with the Hotspot feature of your Android device which makes it possible for other devices to be connected to it. But in case of sharing your VPN connection through the Android device, it requires the device to be rooted which complicates the things on a whole another level. This is why it is not recommended for everyone.

4. Sharing VPN on Your iPhone

You must be well aware of the restrictions that Apple’s iOS comes up with and like we explained the complications of sharing VPN on Android, similarly, the complexity of sharing VPN on iOS doesn’t take a downturn. But rooting your iPhone will also help you in this regard. Jailbreaking your iOS will let you share your VPN connection, however, it will rob you of your device’s warranty. Therefore you should be alert of the risk you’re going to take by using this method. 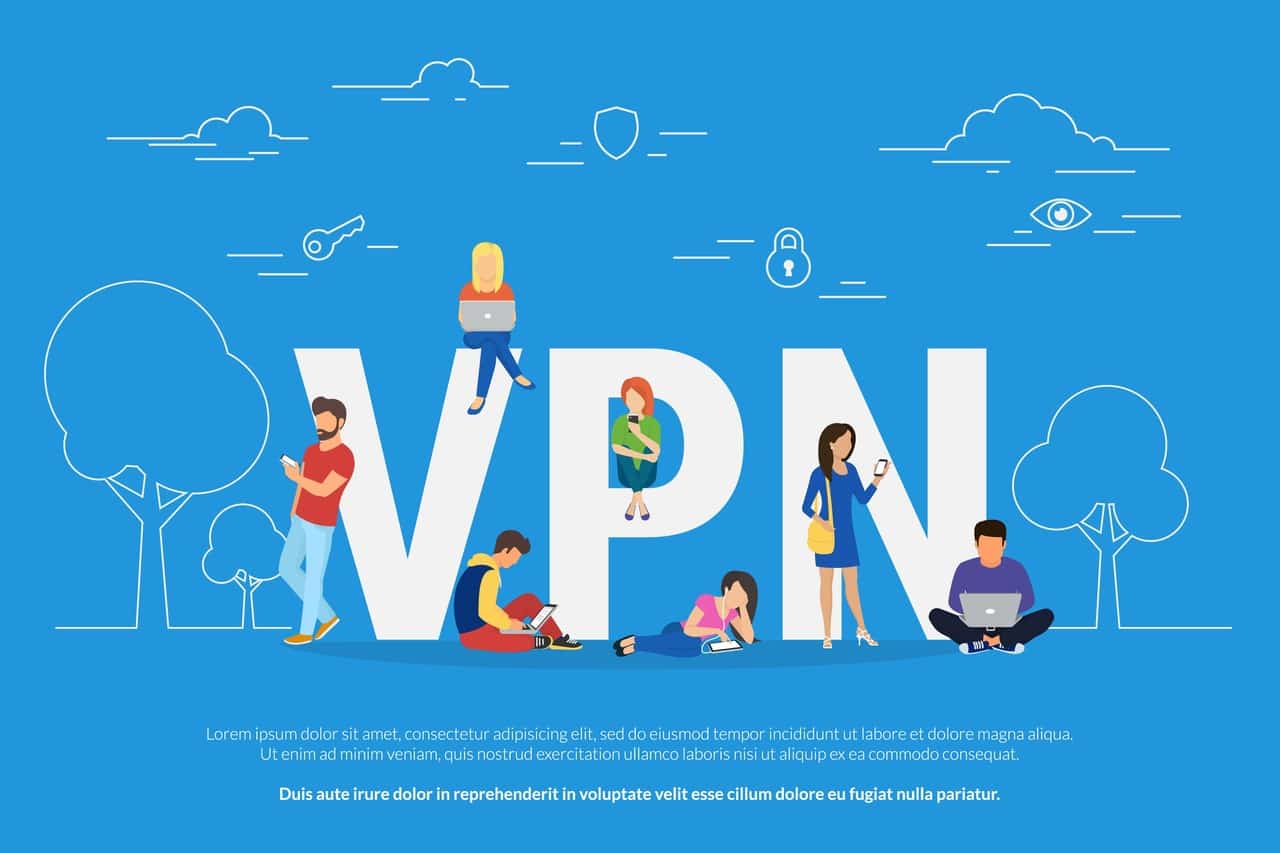