Unless you’ve spent the past few years under a rock you’ve no doubt heard of Wi-Fi. You may even be aware that Wi-Fi is the familiarized name for the IEE 802.11 standard. But have you heard of Wi-Fi Direct? Also known as Wi-Fi P2P, it’s essentially Wi-Fi without a conventional access point (AP), thereby making setup much quicker and easier. It’s overseen by the Wi-Fi Alliance, the same folks who ride herd over standard Wi-Fi.

What Is Wi-Fi Direct and How Does It Work?

Reintroduced commericially in 2010, Wi-Fi Direct is a peer-to-peer (P2P) connection between enabled devices (aka “clients” in Wi-Fi-speak). Before its overhaul, Wi-Fi P2P had the reputation of being “terrible to use” and so the Alliance went back to the boards to improve the protocol. Note that Wi-Fi direct is not “Tunneled Direct Link Setup” (TDLS), the 802.11z standard, “which enables direct device to device communication but requires stations to be associated with the same AP.”

The original IEEE 802.11 standard provided for direct device-to-device connectivity by “ad-hoc” mode of operation. Yet it never came into wide acceptance due to slow data transfers, power inefficiencies and other Quality of Service (QoS) issues. Thereupon the Alliance changed its approach to M2M connectivity.

Typically, devices find and associate to wireless local access networks (WLANs) by access points (APs). Hence a device is either a client or an AP, each with its separate functionality. The “before and now” difference for Wi-Fi Direct lies in the fact that the ad hoc approach did not take advantage of device infrastructure mode. The P2P approach lets network devices determine which one will assume AP-esque functionality.

What changes with a Wi-Fi Direct-capable device is that it acts as both a client and an AP (aka “soft AP”). These “logical” functions can be performed simultaneously by the same device if they use different frequencies on multiple radios or quadrature amplitude modulation (QAM). One advantage of this tack: the backwards compatibility of legacy Wi-Fi devices without Wi-Fi Direct capablity in a WLAN to link with newer products that do. From this signal topography flows QoS considerations such as highly efficient energy usage, security layers, signal interference and efficacious data passthrough that wireless users today demand and expect. The concept is a bit tricky to grasp, especially since many references consider “infrastructure mode” as part and parcel of a typical WLAN setup with an AP and clients.

Here’s a visual on how Wi-Fi Direct works, produced by the Wi-Fi Alliance:

While the cyborg look of a Bluetooth earpiece is noticeable, the ubiquitious technology of the device is not even though Bluetooth-enabled devices are found everywhere. One reason why the technology is so popular is because of its incredibly efficient use of power, both when active and when idle. The low-energy signals of Bluetooth LE (Low Energy)— marketed as Bluetooth Smart—and Bluetooth 4.0 (an aggregation of LE, Bluetooth High-Speed and Legacy Bluetooth) consume very little power, thus allowing for longer device use between recharges. Thus it’s widey embedded by manufacturers in an array of devices.

In addition to its efficacious energy usage, Bluetooth 4.0 offers data transfer speeds of up to 24 Mbps. And don’t look now but Bluetooth 5, introduced within the last year, has four times the range and is twice as fast as 4.0 with an eightfold increase in data capacity. (Distance and exact speeds vary by device and power used.)

So how does Wi-Fi Direct stack up to Bluetooth 5? Even with the increased speeds of the new Bluetooth standard, Wi-Fi Direct is still faster—250 Mbps compared to ~100 Mbps for Bluetooth 5. The range of Wi-Fi Direct is reported to be in excess of 600 feet (183 meters); Bluetooth 4.0 extends to at least 200 feet (61 meters) and thus Bluetooth 5 should transmit to 800 feet (244 meters). Both are backwards compatable with previous versions.

Security is another issue and it’s safe to say that although Wi-Fi Direct is more secure, both competing standards have more than adequate safeguards to protect data from black hats. Bluetooth protects data with AES 128-bit encryption while Wi-Fi Direct uses WPA-2 security with AES 256-bit encryption. While this may sound like a huge difference, as a practical matter the protection is virtually the same. Given current technology, both are considered theoretically unbreakable by the use of sheer brute computing force.

Power consumption is another matter. Later Bluetooth standards are renowned for its outstanding power efficacy and it’s said that BLE (Bluetooth Low Energy) can run a battery for over a year before it needs recharging or replacement. Of course, YMMV given factors unique to a particular application. On the other hand, Wi-Fi Direct is reputed to extend battery life from 15-40%, dependent upon variables such as file sizes, transmission range, Wi-Fi protocol and device type. Still, informed observers seem to think that overall Bluetooth outperforms Wi-Fi Direct in power and battery efficiency.

It should also be mentioned that the Wi-Fi HaLow standard (IEEE 802.11ah) also gives Bluetooth (and ZigBee, for that matter) stiff competition for deployment in IoT devices.

In the following video, Rick the Androyd Guy gives a demonstration on how to use Wi-Fi Direct between a Galaxy tablet and a Galaxy S3 smartphone:

As the reader can probably discern, Wi-Fi Direct is very well suited to stream and transfer large files like video, photo and audio files between devices. Printers and gaming devices are other applications for which Wi-Fi Direct is an obvious choice. Gamers love it because of its lower latencies between accessories when compared to using a wireless AP. Theoretically, due to its superior bandwidth size, it should also be one of the top choices for audiophiles seeking high fidelity from their wireless earbuds or headphones.

According to the Wi-Fi Alliance, as many as 12,000 products are now embedded with Wi-Fi Direct. The greatest number of these devices are smartphones, smart TVs and set-top boxes but they also of course include cameras, tablets and laptops. If you’ve been using Bluetooth exclusively for all your P2P applications, you’ll find that in many instances Wi-Fi Direct better serves your needs. 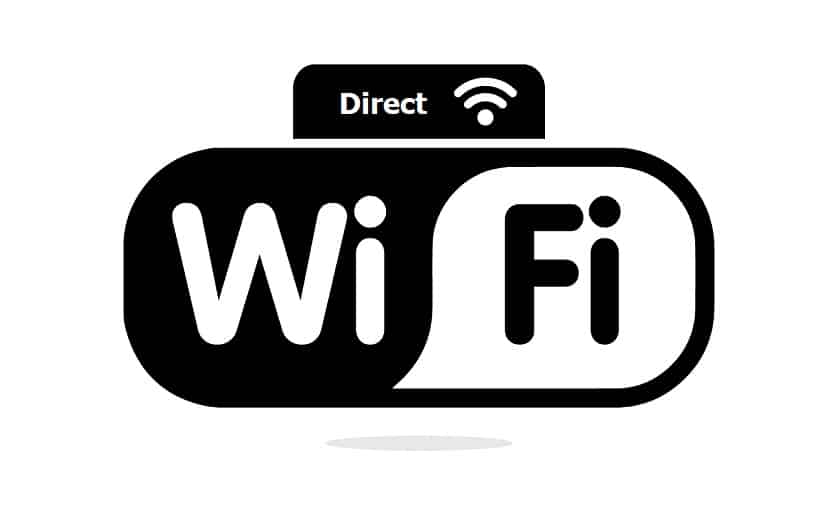 1 thought on “What Is Wi-Fi Direct and How Does It Work? (Answered)”