Fixed wireless is a technology which is used to provide broadband connectivity over a specified range without the need to install any wires.  This type of broadband Internet connectivity was established to provide faster access and improved reliability when using the Internet to stream multimedia, data and voice applications with minimal hassles.  Fixed wireless cuts through the conventional crowded broadband networks to provide high speed access that is both scalable and on-demand in terms of bandwidth usage.

So, what exactly is fixed wireless and how is it different from other broadband connections?

Fixed wireless provides an alternative broadband solution to busy hard-wired networks that tend to get congested which slows down business productivity.  A fixed wireless solution provides a fast and flexible service that is 99.9 percent reliable.

Most of the fixed wireless networks also eliminate interference by utilizing frequencies which are licensed by the FCC and other communications organizations in different parts of the world.  Depending upon the configuration, most fixed wireless networks also offer preinstalled security options along with encryption services to protect sensitive data being transmitted over the network.

Fixed wireless networks are designed to circumvent congested network traffic via the use of a base station with a receiver which is capable of providing a point-to-point connection or a network involving multiple locations.  A fixed-wireless infrastructure can be installed within a few days and provides a private on-demand network with high bandwidth that is both flexible and scalable.

Unlike a high speed DSL broadband connection which is delivered using a cable system, fixed wireless Internet connectivity utilizes radio frequencies which are delivered from a base station with wireless capability to a receiver.  This is similar to a satellite Internet connection since the receiver is typically mounted on top of a building except, the end result is a private network that circumvents crowded ones in an effort to provide a high speed connection for a higher percentage of time.

When you setup a fixed wireless connection the base station is responsible for broadcasting and receiving data via radio signals from an access point which is commonly situated at a high altitude such as the top of building if you are in a metropolitan area or hilltop for another area.  The signal is then received by the organization that is obtaining the fixed wireless connection which can be transmitted for up to five miles in distance.

Voice and data transmission is achieved over a fixed wireless connection via a secure network plus, the organization can always rely on a high speed connection for streaming applications.  The term fixed wireless gets its name from the fixed location where the Internet connection is transmitted to the subscriber.  This is essentially a fixed antenna to fixed antenna connection.

Since there are no wires involved with a fixed wireless broadband Internet connection, you may be wondering if it really is secure, especially if you are considering it for day-to-day business activities.  Depending upon the way a fixed wireless is setup, many will tell you that as a general rule this type of connection is much more secure when compared to conventional high speed broadband Internet connections.

If you choose a reliable fixed wireless provider they typically use wireless components which are not designed for open access.  In other words, the technology is designed to handle secure data transmission and security authentications which run undisclosed to the public.  The encryption standards which are used by quality fixed wireless providers is military grade AES encryption.

Although fixed wireless technology does not use copper wire connections such as a DSL or cable connection, there are many benefits to using this technology.  First, the tendency is to avoid the diverse array of technologies that result from a wired connection.  Once a wired connection is installed it can end up being a conglomerate of mixed equipment as your business expands which causes additional complications and expenses.  With a fixed wireless connection you can streamline performance using components designed from the ground up for this type of connection.  Other benefits include:

A fixed wireless connection is also attractive to many organizations because under most circumstances there is no investment in infrastructure components to establish the connection.  Additionally, when it comes time to improve the circuitry you do not have to invest anything in equipment upgrades to support the improvements.

As long as you have a clear line of sight to the location of the base station you can establish a fixed wireless broadband Internet connection.  The clear line of sight is essential for avoiding latency issues which can compromise the use of applications which require a high speed connection. Fixed wireless not only helps to avoid congested networks in metropolitan areas but it also can provide high speed broadband Internet in locations where a DSL or cable Internet service is unavailable and, without the wiring required to establish conventional high speed Internet access. 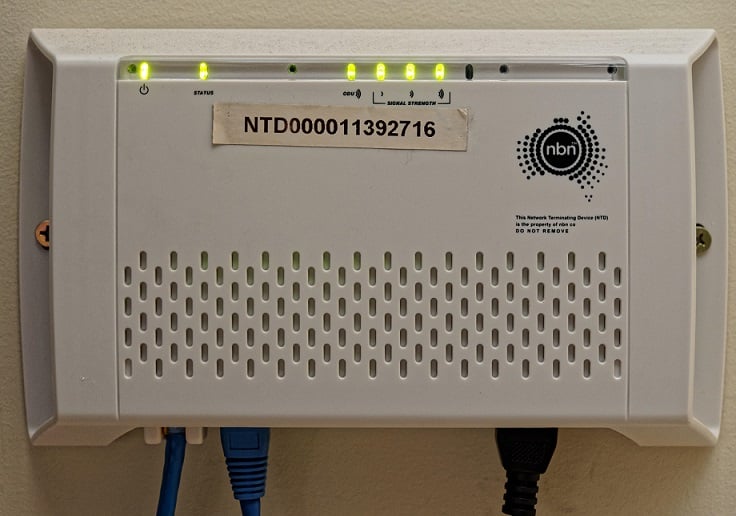