The California based company Netgear, which is also present in more than 25 countries, is a top-tier manufacturer of electronic devices and quite innovative in the internet network business.

The tri-section front of the company takes care of all needs, developing network solutions for homes, businesses, or service providers, all through their high-end performance devices. These factors put Netgear in the top echelons of the business, with sales continuing to grow as the company refines their services.

Having so many products and solutions for all uses of internet seems to be taking the company to infinity and beyond. But for their customer base, some of the products have been displaying a few incompatibilities, either for technical reasons or simply for not agreeing with the tastes of customers who seek the perfect product for their homes or businesses.

One of such products that faced the curse of not seeming to satisfy the expectations of customers is the Wi-Fi mesh system called Orbi and its ‘constantly on’ blue light. Even though we are talking about a high-end product that delivers great quality and stability of signal throughout entire buildings with its strategic positioning of satellites and routers, when it comes to meeting customer’s needs, something as simple as a blue light may well affect the rating of the product.

The fact that the blue light on the display of Orbi simply will not turn off is causing a torrent of comments on internet Q&A communities and forums, where users are seeking to find both the reason why this light just won’t switch off. They’re also scrambling for ideas on how to configure the device so that the display light will switch off.

Due to the increasing amount of reports of this same issue, we came up with three easy fixes that should quickly walk you through the procedures and help you get rid of the incessant blue light on the display of your Orbi mesh Wi-Fi system.

Without further ado, here is how you can easily switch off the “constantly on” blue light on your Orbi mesh wi-fi system:

The mesh wireless system from Netgear counts on a few highly technological devices spread around the building, helping it to deliver a stronger and more stable internet signal to homes or businesses of all kinds. In order to make understanding their gadgets easier, the company color-coded the satellites LEDs. That means different colours of lights on the display will mean different settings or even, different issues.

Such a system, although quite clearly designed to help user of any level of expertise with network devices understand if their connections are working or not, has most recently caused more confusion than comfort. Users have reported the blue light on the display of the satellites of Orbi to be incessantly on, and with that, a noticeable drop in the quality and stability of the signal.

Amongst the lights the mesh wi-fi Orbi displays, the blue one represents the attempt of the system to synchronise the router and the satellites, and it only turns on when the sync is not being performed successfully. That explains why the blue light is constantly on and should also be the first solid lead into fixing the issue. After all, solutions generally begin with understanding the problem.

In the event, however, that the blue light on your Orbi turns on just momentarily, don’t worry, since it is only the system syncing the router and the satellites to make sure the internet signal is equally distributed through the area.

Should it be your case that the blue light does not switch off, then there is a big chance a problem is occurring with the syncing of the router and the satellites, and here are three easy fixes you can attempt to solve this issue. 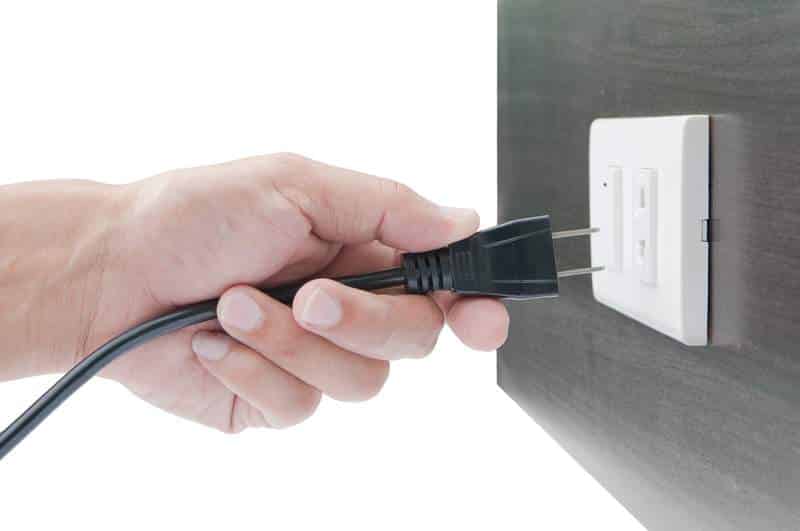 The most practical fix, and the one we recommend you try first, is to switch off the whole system, wait five minutes, and switch it on again. Although the restart fix may risk being ‘too common to work’, it actually has a good chance of repairing the issue. Once the system is restarted, it will automatically redo the connection between the router and the satellites and, during the procedure the blue light should be on.

In the event this works, the blue light will be turned off since there will be no more syncing issues in the system and the strong and stable signal promised by the manufacturer will be reinstated. Bear in mind that, to restart, disregard the on/off button on the back of the system router. The best way to perform the restart is to actually unplug it from its power source. 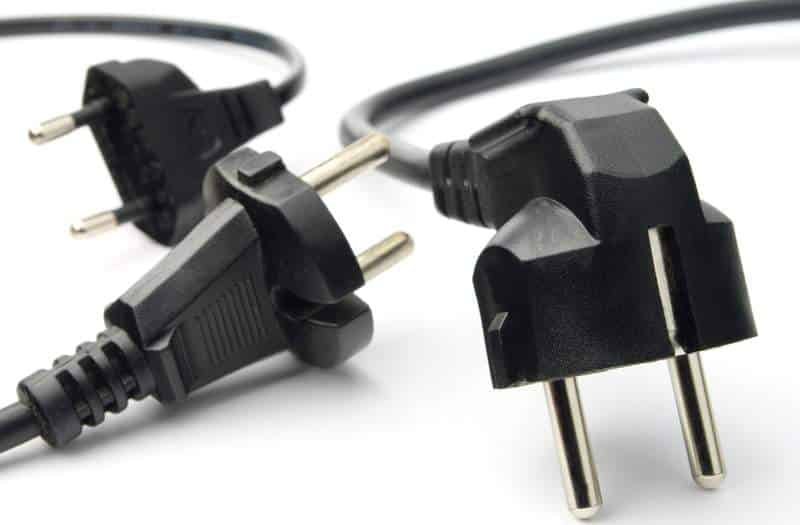 If you already tried restarting the mesh wi-fi system Orbi and it did not solve the issue of the blue light being constantly on, there are still two other easy fixes you can attempt to solve the syncing problem.

This will then cause the blue light on the display of the satellites to turn and stay on. Therefore, as they are as important as the router and the satellites, the cables have to be fully functional, and that is what we suggest you check in order to have the issue fixed.

Find your router and check if the cables connected to it are well attached, not damaged, and also if both the internet and the power cables are properly plugged into the wall. If the internet cable is looking undamaged and the connection seems to be working fine, try using a multimeter to verify the quality of the power cable.

By doing so, you will be helping the system receive the best possible signal and consequently, the syncing will most likely be performed successfully.

Should any of the cables display any form of damage or malfunction, it is important to replace them and, ever so important to substitute them for cables from branded suppliers. Getting lower quality cables will probably not allow the syncing to happen perfectly, causing the blue light on the satellites to be turned on indefinitely.

Should you attempt restarting the system as well as verifying the cables are properly working and, still, the satellites keep displaying the blue light regarding the syncing malfunction, the third easy fix is to make sure the firmware is updated.

The firmware is the component that enables the hardware to work with the device program, or software, and it plays a key role in the functionality of the mesh Wi-Fi Orbi system. Every now and then, manufacturers discover issues on the go, or even components that could help enhance the performance of their products. In order not to discontinue them and risk disappointing or even losing customers, they release updates to their firmware.

Keeping an eye on released updates is important, since problems that were not foreseen may be solved with these new settings. By making sure to download and install the latest updates to the firmware, you will help the Orbi system to work properly and sync successfully.

Should the syncing procedure be performed properly, the blue light will not switch on and stay on. So, keep track of the firmware updates and have them installed as they are released. 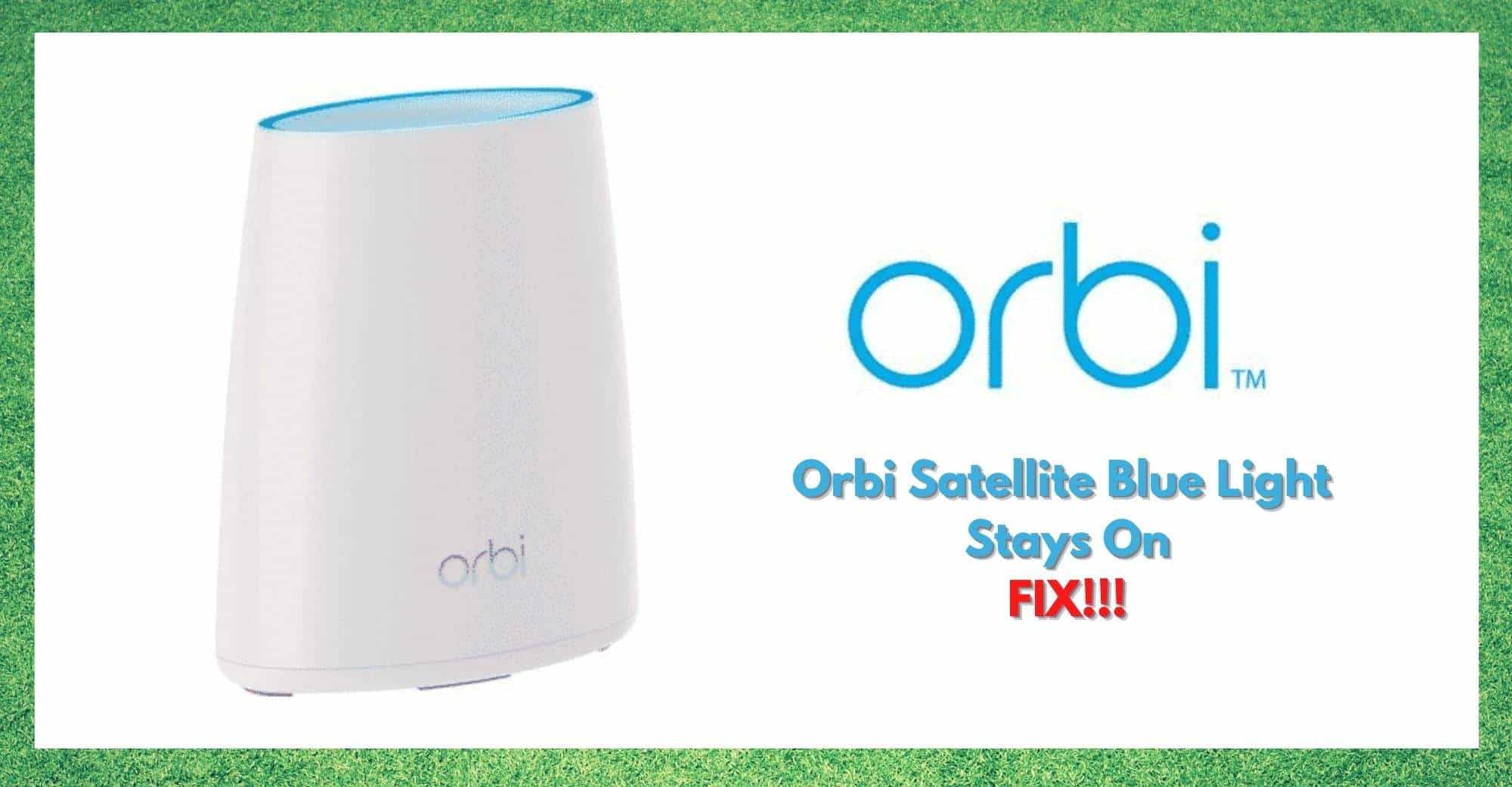