The Chinese electronics and home appliances manufacturer, Hisense, has been in the global market for over 50 years, selling both high-end technological devices as well as more simple and user-friendly home appliances.

Although most of their customers are from China itself, the biggest TV manufacturer in the country has spread its reach throughout the whole world. Their modest prices, in comparison with the top-tier electronic companies in the world, make the products more accessible for their users -especially those in developing countries.

Hisense is as present in this fast-paced technological market of electronics as any other big company, either with their 4K, LED and Smart TVs or with their high-performance mobile phones.

Nevertheless, for the past few weeks, many users of the Hisense Smart TV have been reaching out to online forums and Q&A communities in an attempt to find solutions for a problem that has been too frequent: the automatic disconnection of the Smart TV from the wireless internet connection.

Users have reported that the issue brings interruptions to their streaming experiences, and, in this ever-so-fast world, not everybody has that much time to spend watching TV. Since this issue has been so common, we came up with a list of easy fixes for those of you experiencing this problem. And here it is!

For users that are experiencing issues with the wireless connection on their Hisense Smart TVs, there is always the chance that the device is simply not connected to any networks. This will either interrupt the streaming experience or cause it to cease entirely.

Surely this seems pretty simple, but not all internet providers can attest to the quality and stability of their network signals. Nor can they for the quality of their devices. So, it is fairly common for users to have their streaming sessions interrupted simply for the lack of an internet connection with the Hisense Smart TV.

In order to verify if your Hisense Smart TV is actually connected to the Wi-fi network, users should access the TV menu, which can be done by pressing a single button on the remote. Then, find the network settings, wherein the system will display any current connections and also all available networks within reach of the device.

Should the Smart TV not be connected to any network, users can easily configure a connection by selecting the option “Connect to a Network”, choosing a connection on the list of networks that will appear on the screen, and then following the steps given.

Bear in mind that the TV system will prompt users to input the network password upon connecting. So, for wireless routers that carry long and scrambled passwords, it may be a good idea to have it written down beforehand. 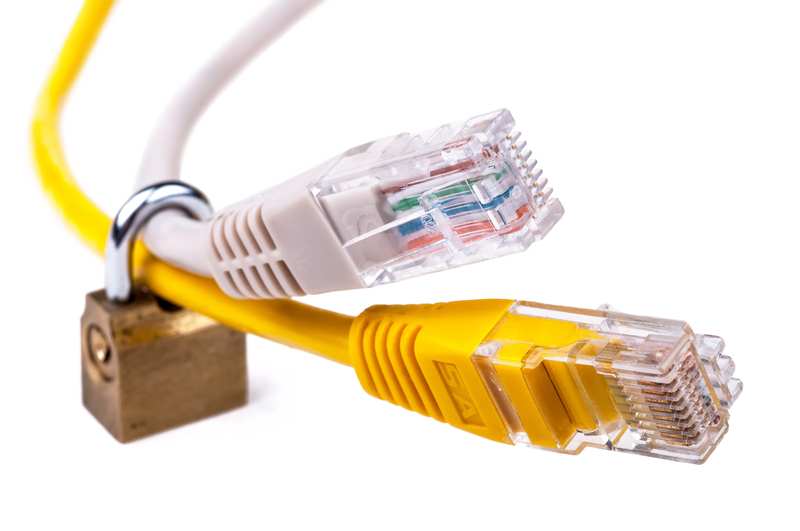 For users that are experiencing issues with the connectivity of their Hisense Smart TVs with wireless devices, a good fix, which may as even get you faster and more stable connection, is to use a cable to make the link between the Smart TV and the internet router or modem.

This option is usually disregarded by most for two reasons: first is the extra cost of purchasing a long cable, which may end up not delivering better or stronger signals to the TV. The second is the aesthetical disruption a long cable can cause in the internal decoration of your house.

Despite this, using an ethernet cable will very likely provide a more stable signal since it does not suffer with the interruptions wireless connections may go through in a house – such as metal objects or thicker walls, for example.

Users that change to cable connections have reported that the higher stability of the signal through the cable has caused an improvement in the connectivity of the Hisense Smart TV and, consequently, better performance of all streaming apps and connected devices.

Luckily, the cable connection is just as easy to do as the wireless. So, here is how it’s done.

The first thing users should do is grab, or purchase, is a LAN (Local Area Network) Cable. This works as a linker between two or more devices connected to the same local network. Make sure the cable is long enough to go from your internet router or modem until the back of your TV, especially if you plan on having the cable follow the corners of the walls or even be drilled through them.

Secondly, connect the LAN cable on the corresponding LAN port on the back of the Hisense Smart TV. It is important to note that this procedure will work better if the Smart TV is switched off for the connection, since upon starting the system will automatically identify any new connections and proceed to their setup.

Once the cable is connected both to the router or modem and to the Hisense Smart TV, turn the TV on and access the network settings through the TV menu by using the remote control. After reaching the network configuration, select the option to connect via cable, or wired connection depending on the model of your Smart TV.

This should lead you to the settings where the TV system will prompt you to input the network password. Once the connection is established, you will probably notice an improvement on the stability of the signal. This will mean quicker loading times and better buffering, which is the feature responsible for the quality of the streaming image.

Pretty much any electronic device nowadays has a cache. This is a storage unit that keeps temporary data about connected devices, websites and apps, amongst others. It does this because this info will very likely help the system to interface with such devices, websites, and apps quicker afterwards.

The question here is that, with so many devices, the size of the cache may be reduced compared to the number of devices connected, apps installed, or websites visited. This may then slow the connection time of the Smart TV.

Another issue users are reporting on forums and communities all over the internet is the one related to a poor wi-fi connection due to oversized caches. So, here is how users can clean the cache and help the Smart TV perform better.

Start by grabbing the remote control and accessing the Smart TV menu, where the storage settings should be selected. Then, find the cache options. Once you reach the cache settings, look for the “clear cache” option and click on it.

The system will then delete all temporary data stored in the cache. After the clear-out is done, just turn off your Smart TV and turn it on again ten seconds later.

In the unlikely event this procedure does not re-establish the internet connection automatically, just follow the steps on the first fix on this list and redo the connection yourself.

Should none of the fixes above work to re-establish the internet connection, the problem may be with the network device, your router or modem. It may be undergoing some form of connectivity or signal issue. An easy fix for this issue is to simply reset the device, which in later models can be done by pressing or holding down a reset button.

Some devices may require a sharp pencil or pen to reach a small black round button on the back. This is generally the case with older units. Once the device is fully restarted, attempt to connect the Hisense Smart TV back to that network. After this, it will very likely work even better than it originally had!

A common cause of internet connectivity issues is that the distance the router or modem is from the connected device may just be too long. The bigger the distance, the more difficult is for the signal to reach the device.

So, make sure to keep your router or modem nearby the Hisense Smart TV, since big distances may even stop the Smart TV to connecting to the network entirely. Specialists recommend that the distance be no more than one meter for the connection to be at its best.

But by not keeping the wireless device too far from the Smart TV, you will see an improvement in the connectivity. It doesn’t necessarily need to be that close for everything to work adequately. 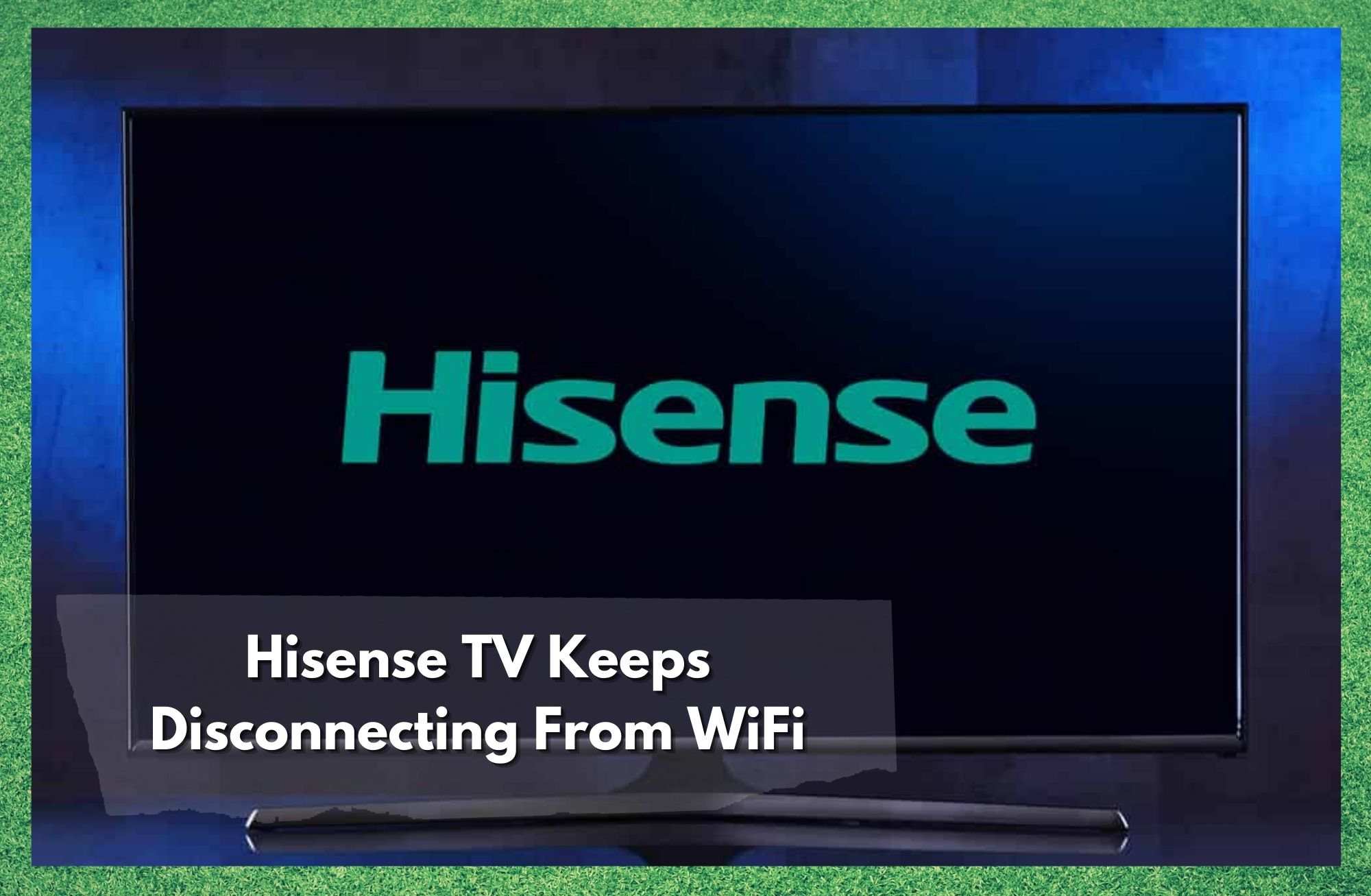