Emerson TV is a popular brand in the world of smart TVs. But just like other smart TVs, Emerson TV blink codes are common. There are different blink codes, and all of them mean something different. With this article, we are outlining the common blink codes with Emerson TV along with the solutions. So, just have a look!

This is the first blink code with Emerson TV where the power light on Emerson TV blinks green 13 times. It occurs because the power supply is interrupted or out. In addition, it can also occur when the internal cell battery is malfunctioned and needs to be replaced. Before you get into the technical solutions, it is better to unplug the TV for one minute and then plug it back for a reboot.

When the right light starts flashing or blinking with Emerson TV, it is the indication of a bad power board. Keep in mind that the power board is responsible for switching on the TV. In the majority of cases, when the red light flashes two times, the TV might not even switch on. In that case, you have to dial up the technician and get the power board replaced.

In case your Emerson TV is flashing the red light three times, it is because of issues in the main logic board. In addition, you have to consider the volts. Whenever the red light flashes three times, you have to check the standby volts (consult the manual to see how many volts are needed). Anyhow, you will have to replace the main logic board. It is best to call Emerson customer support and ask them for repair services.

There are different reasons why the red light on Emerson TV is blinking five times. Firstly, it can be because of the mainboard or IR sensor failure. It doesn’t matter which component has gone wrong; you have to get the IR sensor replaced first. The IR sensor should fix the blinking, but if the solution fails, you have to replace the mainboard. It’s suggested to call the skilled technician for this purpose.

Secondly, the red light can blink five times because the Emerson TV has gone into the safe mode as a result on an internal fault. Even in this case, the power board needs replacement. For future reference, we suggest that you don’t use the ant-surge boards or surge protectors while connecting the TV with the power source. Also, when you replace the power board or main board, replace the power supply as well.

In case the Emerson TV is flashing the red light six times, there are chances of backlight issues in the TV. In addition, it might be because of the inverter board or power board issue. First of all, we suggest that you check the standby volts of the power board. These volts should be anything from3V to 5V from the main logic board. In case of an inverter board, the volts must be 24V.

If the red light is flashing 7 times on the Emerson TV, it is because of overheating in the mainboard. In addition, it could also mean that that the power board is short. In either case, you cannot fix the issue on your own and will need a technician. If the power board is short, the technician can repair the board. On the other hand, if the mainboard is just overheated, keep the TV switched off for some time (it’s for cooling off). 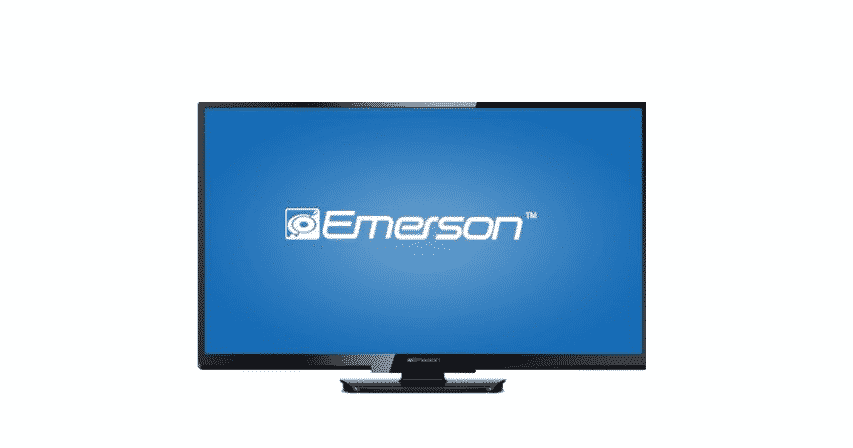