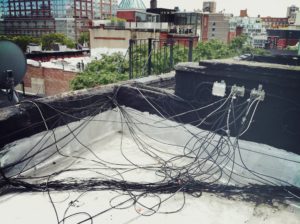 Our last IAG article dealt with how satellite Internet works. Here we compare satellite Internet with its terrestrial counterpart, cable. If you’ve read our previous takes on satellite ISPs, you know HughesNet or Viasat is not our first choice to surf the web. But we recognize that millions of North Americans have no better option. Which is better for you — cable or satellite Internet?

Evaluate these three factors when choosing between satellite and cable ISPs:

Watch this vid of a (kinda) satisfied HughesNet customer from Off Grid Nation:

Availability is more than just choosing between Internet providers. Will your data be throttled or (gasp!) subject to a hard cap (i.e, no connectivity) once you exhaust your monthly data allowance? What about latency (aka lag or delay)? Will adverse weather or environmental conditions disrupt your service?

While a quiltwork of national and regional MSOs (cable providers) serve consumers across North America, as of today consumers can choose between just two satellite ISPs: HughesNet and Viasat. If you’re not too deep in the outback, you may have the option of fixed wireless Internet service; refer to this previous IAG article.

While most MSOs are limited by region, the footprint of a satellite ISP virtually covers an entire continent. True, if you’re far above the Arctic Circle you may be out of reach of a geostationary satellite’s signal but for the sake of argument, let’s assume satellite ISPs offer universal coverage across North America.

Contrast this accessibility with the limited geographical compass of MSOs. Given the expense of building out a wired network, MSOs must “cherry-pick low-lying fruit.” (Pardon the mixed metaphors.) Sparely populated or economically disadvantaged areas don’t offer an adequate return on MSO network infrastructure investment.

Although data cap policies vary between MSOs, both satellite ISPs claim to offer “unlimited” data. This means throttling data speeds to 1-3 Mbps once monthly data caps are reached. This also means that your Internet service will be limited to email messaging and much slower web browsing should throttling occur.

Viasat offers the largest data allowance available from a satellite ISP — 150 GB. But you’ll pay a premium for this allotment. As of July 2019, 150 GB from Viasat runs as high as $200/month. Your intrepid data blogger’s small MSO allows him 500 GB of data a month for a fraction of this cost.

Unless your beloveds watch UHD TV or download torrents nonstop, 500 GB should be adequate for your household’s needs. As we’ve noted previously, Sling TV recommends a constant (emphasis added) speed of 25 Mbps per device per household.

We can’t say it too often: satellite ISP connections suffer intrinsically from latency. It’s not an issue for downloading files or emails but for interactive applications like VoIP, gaming and video conferencing (e.g., Skype), a lag of two, three or four seconds can be insufferable. If your home’s CPE — such as a router or your device’s CPU — isn’t of the latest vintage, your connection could incur even more delay.

From our view, this reality is the biggest strike against satellite Internet. While those with sufficient means can always pay for more bandwidth, the speed of light only travels so fast.

It’s a fact that atmospheric conditions can disrupt satellite service. Thunderstorms, sandstorms and both heat and smoke from wildfires can attenuate a satellite’s signal, leading to connection loss. The same issues could potentially impact fixed wireless transmission.

In North America, satellite dishes require a clear view of the southern sky. Too, the further north the location of the dish, the lower the LoS angle. This inconvenient fact often necessitates the elevation of the dish far above ground level to home in on a satellite’s signal.

Of course, the same can be true in more southern latitudes. If outlying buildings or trees block LoS between the dish on the ground and the satellite’s orbital plane, often the only solution is to install the receptor above surrounding objects blocking the signal.

On the other hand, while cable can be more reliable when it comes to environmental disturbances, their connectivity isn’t immune to disaster events. Floods, tornados and earthquakes can impact terrestrial networks while a satellite’s wireless capabilities remain unaffected.

We alluded above to the higher “buck for the bang” of satellite ISPs. Simply put, consumers pay more for less when subscribing to HughesNet or Viasat versus the bandwidth pricing of MSOs. If you want “true” broadband (i.e., 25 Mbps or higher, per the FCC), then be prepared to pay a premium for higher speed if subscribing to a satellite ISP.

Many MSOs offer service tiers that typically deliver as much as 300 Mbps of bandwidth. If you’re accustomed to this sort of speed, you’ll be sorely disappointed by the bandwidth satellite ISPs provide.

The fastest speed offered by Viasat is 100 Mbps; for HughesNet, 50 Mbps. Yet WiFi hotspots using 802.11ac routers routinely provide 300 Mbps. While it’s true that web browsing and emails don’t require a huge amount of bandwidth, if multiple devices in the home are simultaneously streaming video and/or gaming and/or using VoIP, you’ll find 50 Mbps only goes so far.

Expect to receive 50 Mbps (or the advertised speed from a service tier) only when most of your fellow subscribers are offline. If you recall the term “spot beaming” from a recent IAG article, you know that satellite bandwidth has its limitations.

Just like DOCSIS, as more people online share bandwidth, the slower ISP satellite speeds become. If existing subscribers use all the bandwidth available in a spot beam, then the satellite ISP can’t provide service to new customers.

There’s also the issue of upload speeds. While DOCSIS has the flexibility to reallocate bandwidth more symmetrically between downloads and uploads, satellite ISPs — no matter what product or service tier — uniformly offer 3 Mbps uplink speeds.

Undeniably, geostationary satellite Internet technology has greatly improved over the past 20 years. Despite our aversion to satellite ISPs, we should recognize that both HughesNet and Viasat now offer “true” broadband. While providing Internet service for well over 20 years, only when HughesNet launched their Gen5 satellite in 2017 did they deliver 25 Mbps download speeds to all subscribers.

But if Elon Musk has his way, the future of ISP satellite technology will require the use of hundreds of low-orbit satellites blanketing the earth. This new approach potentially could reduce the latency inherent to radio signals ricocheting from a geostationary orbiter while increasing connection speeds beyond today’s 100 Mbps limit. 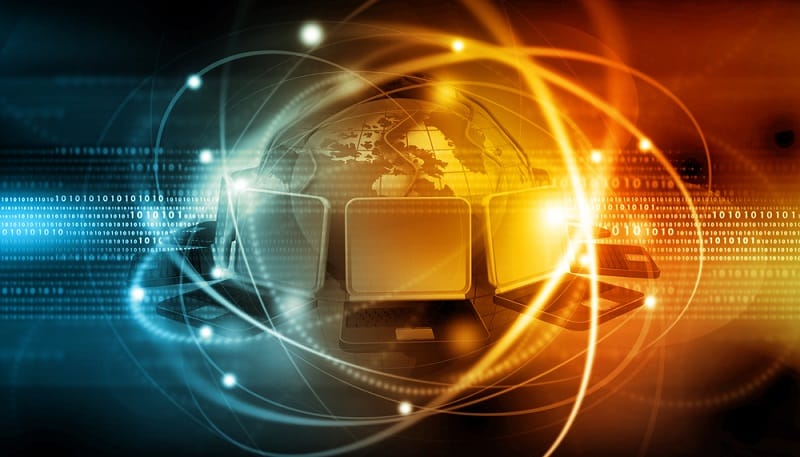