People who live in populated areas have a wide range of internet service options. The three main options are dialup, cable, or DSL. Most people have abandoned dialup internet connections at this point because their speed is too slow to handle the size of modern websites and video streams. The fastest two options for them are cable and DSL, with cable being the fastest of the two.

However, there are people living in rural areas who don’t have access to cable or DSL internet services. Even if dialup exists, no one wants to spend two hours waiting for one website to load. So, what high-speed internet connections are left for someone in a rural or remote location?

The answer is satellite internet. Regardless of where you live, satellite internet can provide you with a wireless connection to the world wide web. You need to get a special satellite dish installed on the outside of your property. Cables are used to connect the satellite to the modem inside your home.

As you try to surf the internet, your satellite communicates with another satellite floating in outer space. You can expect a high download speed of about 25 Mbps. That is many times faster than the 56 Kbps speed of the dialup internet connection. You’ll be able to download emails and websites very quickly from your remote setting.

One important thing to remember about satellite internet services might have a certain data limit per month. Once you reach that limit, you’ll either experience reduced internet speed or no connection at all until the next month.

Below are the 4 top satellite internet service providers. Each one sets their own features and prices. Your address also plays a factor in which services are available to you. Let’s examine them closely to see which one is the best.

HughesNet serves over 1.3 million customers in North America. If you’re looking for an affordable price on high-speed satellite internet, then you’ll want to check out some of their service packages.

As a bonus, you can enjoy an extra 50GB of data for free if you go online between the hours of 2 AM and 8 AM. If you exceed your data limit during the other hours, your speed will drop from 25 Mbps to 3 Mbps. Of course, you can still accomplish most internet activities at 3 Mbps.

If you’re looking for the highest speed of satellite internet possible for consumers, then you’ll want to check out a company called Viasat. Depending on where you live, Viasat can offer you satellite internet speeds which go as high as 100 Mbps. That is faster than regular cable or DSL internet connections.

Viasat has eight different internet packages available. The cheapest plan is the Unlimited Bronze 12, which has a speed of 12 Mbps and a data threshold of 40 GB. The introductory price is $50 per month for the first three months. After that, the price is $70 per month.

The most expensive plan is Unlimited Platinum 100. You can enjoy a speed of 100 Mbps (if available) with a 150 GB data threshold. The price is $150 per month for the first three months and then $200 per month after that.

The variety of packages offered by Viasat ensure that something affordable is available for all customers. If the data threshold gets reached, you can still access the internet. The only stipulation is it will be slower.

Earthlink is an internet service provider which has been around for over two decades. They started out selling dialup internet services and then expanded to cable and DSL. Although they’re still up and running as a company, they’re not as popular as they once were. But they’ve managed to stay in business by partnering with other networks in order to offer more services.

Dish, formerly known as dishNET, no longer provides satellite internet services. They used to provide them under the “dishNET” brand name, but not anymore. The only satellite services you’ll find offered by Dish now are satellite television services.

However, Dish does offer customers a bundle package with its satellite TV service. This bundle deal also includes satellite internet service, but it is provided by one of Dish’s partners. Their four main partners are Viasat, HughesNet, and Frontier. Each of these partnering companies offers their own unique satellite internet plans. Dish does not manage any of those plans.

Unfortunately, there is no discount by purchasing Dish’s bundle deal. In fact, there are two separate monthly bills for the satellite internet and satellite TV. All Dish does is refer you to a partnering company and then takes a commission on the referral.

Clearly, the top two choices are HughesNet and Viasat. Both companies serve most locations in the United States. They give you plenty of package options to choose from. It all depends on your budget, address, and speed preferences. Some customers may find better deals than others, so they’re definitely worth investigating.

If you live in an isolated and remote location, then satellite internet can keep you connected to the rest of the world. Then you’ll never feel alone or isolated again. 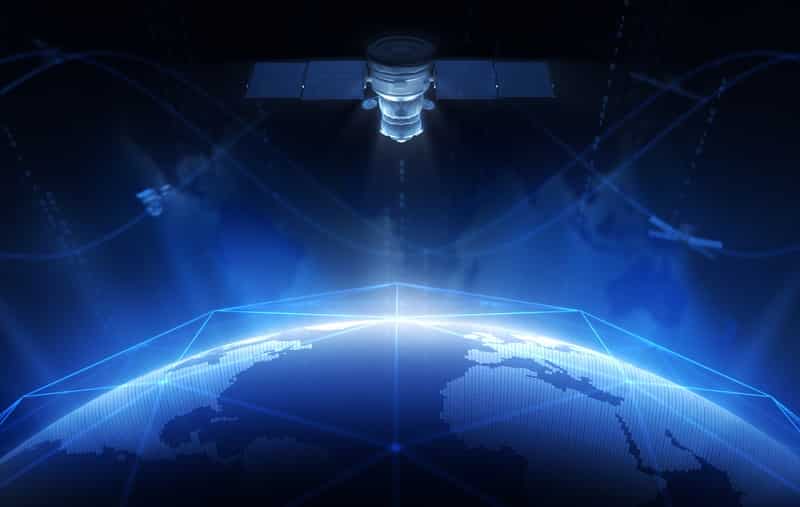