No, channel bonding (CB) is not a viewer’s love for a television network. Used in multiple communication technologies, it essentially doubles the data stream by joining two adjacent bandwidths together to form one bidirectional pipe. With the use of computing devices exploding everywhere, CB meets consumer demand for ever-increasing connection speeds. Here we’ll take a look at CB and four separate technologies: Wi-Fi, cellular, DOCSIS and VDSL.

In IEEE 802.11n, CB occurs when two adjacent 20 MHz channels inside a specific frequency are joined to create one 40 MHz channel, doubling throughput between wireless devices. In fact, it more than doubles channel size since guard bands are removed. It’s also known as Ethernet bonding.

Many Wi-Fi devices operate at the 2.4 GHz frequency; it’s been used since the first standardization of IEEE 802.11 in 1997. While many Wi-Fi devices can operate at both 2.4 GHz and 5 GHz frequency bands, 2.4 GHz is preferred in many applications due its greater range compared to 5 GHz. Too, since 2.4 GHz performs at a comparable slower speed, it makes sense to channel bond bands to boost device performance. Wi-Fi CB was first unveiled for 802.11n deployments. With the introduction of 802.11ac, which operates only at the 5 GHz frequency, CB grew to 80 MHz, allowing for truly white-hot wireless speeds. While CB at 160 MHz is theoretically possible, as a practical matter its chances of commercial deployment are nil, as explained below.

Within the 2.4 GHz band, space exists for three non-overlapping bonded channels, potentially creating a 54 Mbps pipe. Note, however, that it is mathematically impossible to have more than one independent 40 MHz channel since the usable frequency band is only 72 MHz wide, viz 2.402 GHz to 2.473 GHz. Also, by one device hogging so many of the channels available at 2.4 GHz, it’s easy to see how congestion and reduced connections speeds occur with only a few working devices operating within range.

Below is a video from NetGear:

CB at 5 GHz introduces new challenges. True, while available bandwidth is much greater  — up to 25 independent 20 MHz channels compared to just three on the 2.4 GHz band — almost half of the available bandwidth at 5 GHz requires the use of dynamic frequency selection (DFS). As Jennifer Jabbusch of networkcomputing.com explains, “The complexity of operating 802.11ac wireless within the DFS-designated bands is why most wireless vendors have recommended customers deploy their 5GHz wireless without using the DFS channels.”

Why? The short answer is that Wi-Fi shares this portion of the radio frequency with weather radar and other radio systems. Due to the massive radio frequency (RF) interference Wi-Fi causes, 802.11ac devices have to periodically vacate DFS channels . When this happens, all sorts of bad things can occur — dropped calls, slower data rates, substandard connections, etc. — as traffic is redirected to unused bands. Naturally, wider bands offer greater chances to overlap a DFS frequency. Moreover, 802.11ac devices have great difficulty distinguishing radar from other RF “noises.” Jabbusch adds, “Only 36%  of the 5GHz channels are free and clear of DFS and radar.” Adding to the complexity of CB at 5 GHz, non-DFS bands are not contiguous. So, excluding DFS channels, only two 80 MHz channels are available at 5 GHz. See the image below.

According to an academic definition, cellular CB “is a technique to combine a set of contiguous non-overlapping wireless channels in order to create a single channel of higher bandwidth, and when no more required, this bond can be broken to free up the constituent narrow-band channels.” As with Wi-Fi, effective spectrum assignment techniques are required for efficacious CB. Not only does CB provide wider bandwidths, it minimizes latencies and increases overall throughput. CB algorithms require low complexity for robust channel detection and to lessen power consumption used by mobile devices.

It should be mentioned that CB and “channel aggregation” (CA) or “bandwidth aggregation” are similar yet different. Aggregated channels need not be contiguous, as is the case with CB. CA allows for parallel data transmission on all available channels, thereby providing load balancing. CB, on the other hand, physically bonds contiguous channels to make a single broadband pipe.  As a result, CA is a more complex process, demanding advanced channel management techniques. Note that CA is more widely used than CB, reflecting the scarcity of non-overlapping contiguous channels available for bonding.

The wings that give Data Over Cable Service Interface Specification (DOCSIS) the speeds cable TV consumers have come to expect is due to CB. By using CB, DOCSIS 3.0 (D3) is capable of reaching subscriber speeds of 1 Gbps; DOCSIS 3.1 (D3.1) can hit an eye-popping 10 Gbps downstream. (Although your cable company/MSO probably won’t unleash Gig speeds with D3 anytime soon but that’s a story for another day.)

For a geeky discussion of both upstream and downstream CB in a DOCSIS environment, view the following video featuring a Cisco engineer:

D3 can be configured with bonds of either 6 MHz and 8 MHz. According to CableLabs — the standardization body of DOCSIS — bonding 24 6 MHz channels, each carrying 38 Mbps, delivers 912 Mbps downstream. Bonding 32 channels together ramps downstream speeds up to 1.2 Gbps.

Typically VDSL2 CB combines two VDSL lines into one big pipe (surprise), doubling the size of the data stream. It’s a viable option for North American telcos, given the fact that the proliferation of cellular devices has freed up a lot of idle copper pairs in the outside plant. Each VDSL2 subscriber must have two copper pairs to the home or office to receive service. An added plus: “increases reach by an additional 300 to 600m (984.25 to 1,968.5 feet) compared to single pair VDSL2 providing the same bandwidth.” The variance is due to factors such as wire gauge and/or copper wire condition.

If you’re renting/leasing your modem from the cable company, consider purchasing a model exactly like the one you’re using now. Almost all cable companies allow you to buy your modem. You’ll pay for your modem in less than a year. Also, check to see what manufacturers and models are approved by your cable company; you may find that you can substantially improve speed with an upgrade. CB the bandwidth your D3 modem (your intrepid author discovered that modem from his cable provider was only using 20 MHz) uses to 40 MHz if you’re not doing so already. This tool will help you find out specific information about the modem you’re using for the Internet. 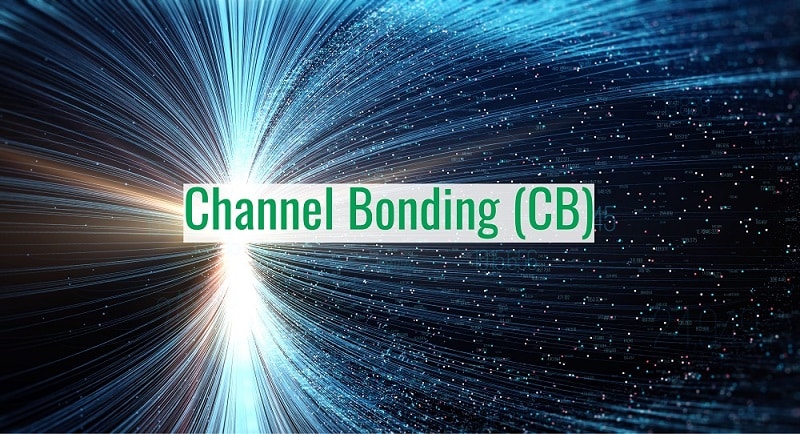