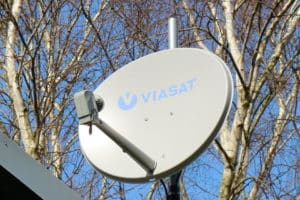 Of all of the demerits against satellite ISPs, the one that can’t be overcome is network latency. Lag, delay, high ping time, latency — whatever one calls it — is an intrinsic part of geostationary satellite radio transmission. The various synonyms above should indicate to the reader that latency is a bane for those who surf the web via satellite.

Our definition of latency? It’s the delay, expressed in milliseconds (ms), when data travels to and from sender and destination. According to Viasat (one of the two widely available satellite ISPs; HughesNet is the other), in 2017 latency on their network generally lasted 638 ms. By comparison, DOCSIS latency (over a terrestrial network) is only 30 ms or less.

We consider Viasat’s estimation of their network lag decidedly too sanguine; satellite Internet speeds vary depending upon the number of users in a satellite’s “spot beam” and the number of “hops” data makes. Each network element — e.g., add-drop multiplexers (ADMs), regenerators, servers, etc. — data passes through adds a few ms of lag.

Sure, satellite ISPs have smaller monthly data caps compared to their terrestrial ISP competitors. They finally offer bandwidth that at least keeps within sight of DOCSIS speeds. Yes, some satellite ISPs may demand a two-year commitment to install a dish in your yard. Bottom line: you’ll pay a lot more for the same data speeds compared with DSL or DOCSIS.

But no amount of money can buy physics — and data traveling 100,000 miles divided by the speed of light equals latency.

If you’re seriously considering satellite service to access the Internet, you probably have no better choice. The other alternative may well be a dial-up ISP.

How Long IS Satellite ISP Latency?

From your home, a radio signal travels over 22,000 miles into space to ricochet off a geostationary satellite orbiting above the earth’s equator. It then travels approximately the same distance returning to the satellite ISP’s server on earth. (Note this distance is even longer than 22K+ miles for locations in the upper latitudes.) Your data has now traveled some 44,500 miles.

This is just the first leg. Now your data leaves the ISP and travels across a fiber backbone network, perhaps thousands of miles, to a distant destination server. Assume the ISP server is in Los Angeles and accesses a website based in Toronto. That’s 2,500 miles plus 44,500 miles one-way or 47,00 miles total.

Next, data returns from Toronto to Los Angeles and then relayed from the satellite back down to your home, traveling another 47,000 miles. Your data has journeyed approximately 40% of the distance from Earth to the moon. No wonder you experience a delay of a couple of seconds with a satellite ISP.

Here is a “SixtySec” YouTube clip on satellite latency from ExploreGate

Note that narrator Dave Rehbehn, a Hughes global marketing VP, doesn’t mention VPNs when discussing “TCP spoofing” (more on that below) in this brief video.

To be fair, millions of users have no quarrel with satellite ISP latency. Their online activities consist of sending and writing emails, downloading Windows updates, browsing websites and paying bills online.

But… if you’re a gamer, use a VPN or perform critical real-time activities such as stock trading or bidding at eBay auctions, you’ll soon become aggravated by a satellite ISP’s network latency. Also, users can experience problematic delays due to satellite latency and buffering when using VoIP or streaming large video files.

Again, to be fair, satellite ISP latency doesn’t mar the experience for all games. However, it does significantly impact so-called “massively multiplayer online” (MMO) and interactive “first-person shooter” (FPS) games.

Want to be summarily kicked off a game server? Try playing Call of Duty, Black Ops 4 over a satellite ISP connection. It’s hard to enjoy a shooter game when you must wait a couple of seconds after pulling the trigger to see if your aim was good.

A bugaboo related to latency is packet loss, a detriment often experienced by gamers when playing online via a satellite ISP. Also called “rubberbanding” or “drifting,” it can severely disrupt one’s gaming experience.

So what are the best and worst games to play using satellite Internet? Below, Catherine McNally of satelliteinternet.com cites her choices:

Unfortunately, virtual private network (VPN) applications not expressly developed for use on sat networks have trouble staying connected. Moreover, most VPNs substantially degrade the throughput of a sat connection.

For example, mobilesat.com reports that “using an IPSec VPN application over HughesNet will cause a 40-75% reduction of the throughput of the connection.”

Much of the problem using VPNs over satellite involves how Transmission Control Protocol (TCP) works during data packet delivery.

If the acknowledgment takes too long to arrive, TCP figures that the packet got lost in the shuffle of a congested network and resends the packet albeit at a much slower rate. This is how VPN connections over satellite continually degrade. In other words, TCP doesn’t understand latency.

Even though satellite networks use a technique known as “TCP spoofing” to compensate for their inherent latency, IPSec VPNs encrypt TCP packet headers, thereby unintentionally defeating TCP acceleration. As a result, performance suffers and only gets worse over time.

If you’ve ever bid for items for sale on eBay, you’ve likely watched as the seconds wind down before the auction ends while multiple bids suddenly appear, each higher than the last.

This is known as auction sniping and if you’re competing for an item with other last-second online bidders, you essentially have no chance to win a fixed ending-time auction if you’re using a satellite ISP.

To avert a bidding war, most experienced bidders like your intrepid tech blogger usually choose to wait until almost the end of the auction to bid on an item, thereby keeping the final cost of the product as low as possible.

But as someone who has bid on multiple items on eBay over a connection from a satellite ISP, it’s a fool’s errand. He commonly experienced latency on the satellite ISP network of eight seconds or more when bidding.

Numerous times he watched as winning bids emerged with but two or three seconds remaining. To ensure he submitted a bid in time for the online auction site to receive, he would have to bid no later than 12-15 seconds before the end of the auction. That’s just not good enough.

As of today, the FCC relies on but two metrics to define broadband: download and upload speeds. Latency is not part of the paradigm.

This matters because the FCC now includes satellite ISPs as part of the statistics that show a greater number of Americans are “served” by high-speed Internet connectivity. These statistics affect how the FCC allots network funding for low-income areas.

Many observers hoped that FCC Chairman Ajit Pai would include latency as a benchmark of “broadband” access. He thus far has declined to do so. 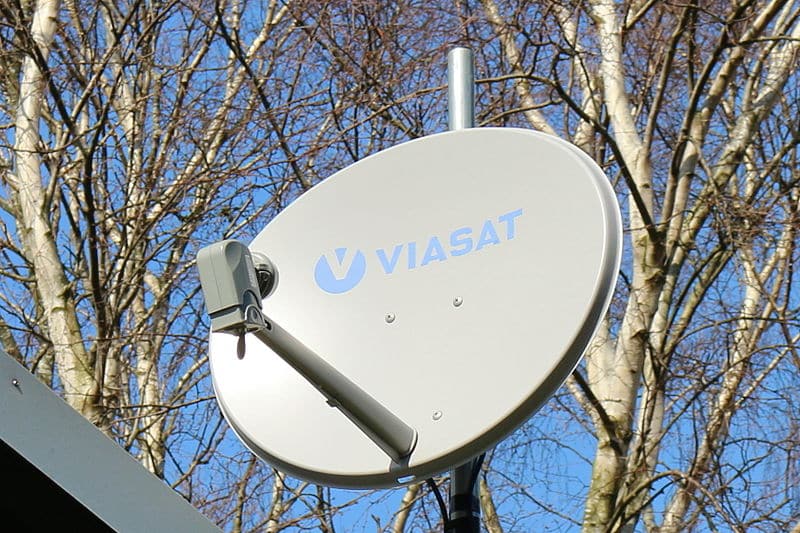