Comparison Between A WiFi And The Internet:

You have undoubtedly been using the terms Wi-Fi and the Internet like they are equivalent, but let’s clear one thing out to you, WI-FI AND INTERNET ARE NOT THE SAME. Yeah, I repeat that they both differ from each other in many viable and convincing ways. They are not interchangeable.

I know this is quite a lot to take in, but that’s true. It’s fine if you are still struggling to understand the concept as we are going to do a long debate on how they are different from each other to the extent that they do not go together. One might say they are dependable on each other but not that they are the same.

To make it clearer to you, suppose that the Internet is an amorphous Cloud where all your video streaming or any sort of data reside. While on the other hand, WiFi is the means to fetch all those steaming videos and data from the Cloud (Internet) the device you want to display them on, be it a tablet, smartphone, or laptop, doesn’t matter.

I hope that you are now well aware of the basics that make WiFi and the Internet distant from each other. To study it in the most technical way, we have gathered useful volumes of description for you. So let’s jump into that.

What Is the Internet?

The term Internet deals with the global internetwork, which is responsible for providing all the possible ways and means to getting access to data communication between the two or multiple connected entities in any corner of the world.

Internet is infrastructure; you can easily resemble a random road system over any continent. The Internet can be a grid sewer or water system too. In short, the Internet is the pool of the resources you would want to get.

However, most of the people develop the confusion of intermixing the Internet with the World Wide Web (the “Web”), do not do it, because Web is restricted to just one application system of a giant pool of so many uses that Internet bring in use to communicate and provide multiple services. On the other hand, the E-mail is another.

Something you must know about the Internet is that it is not under the control of users; all they can do is to pay for the desired speed and hope it works that way. However, the progress in the Internet speed has drastically been seen from the last decade.

Although the distinction has been made clear that the speed of the Internet is slower than the wired local network, which is around 100Mbps or 1,000Mbps. While for the WiFi network, the speed of the LAN depends on the standards used by the Wi-Fi router.

WiFi refers to the first hop in the network terminology, which is initiated by the user in the very beginning. WiFi is a wireless technology restricted to work in the prescribed and limited boundaries. WiFi plays a similar role to Ethernet as it upstreams the network to provide access to broadband Internet.

To sum it up, WiFi is simply an alternative to the network cables for displaying the way to have a connection within the LAN. Before the emergence of WiFi connection, wired connections were considered successful. However, Wi-Fi serves in the same way as that of wired Internet though it lacks the cables, which makes it a wireless local network.

The Wi-Fi owner is independent in changing the name of the network, its password as well as the number of connected clients, restricting the flowing of data. WiFi router can be turned on or off anytime.

However, to have a secure WiFi home connection, it is necessary to connect the router to the internet source, which is done by the internet broadband modem.

When the linkage is complete, the WiFi signals start to conduct and flow to provide an internet connection. Here we are pretty much clear that WiFi is meant to fetch up the Internet to our device. This logic sums up that the access to the Internet still can’t be possible even if you have your WiFi signal at its fullest strength.

So, in contrast to the famous belief that the WiFi and Internet can never be the same, we can sum up that the local communication between the devices such as iPad and a printing device tends to take place over a WiFi signal having no connection to the Internet. This connection is named as a Local Area Network (LAN).

Similarly, the printing device having a “Direct Connection” over a network is a prime example of the WiFi network not having internet access. The majority of devices like these are connected to the broadband like modem or router.

However, after being well known to the factors that differentiate the WiFi from the Internet, one must know that being connected to an unknown WiFi network (the one you come across popping up over your phone or laptop) avoid carrying out your personal or sensitive operations as the owner of that WiFi network has the potential to have a look at all the information you are getting and spreading.

Therefore, you are recommended to refrain from performing a sensitive activity while being connected to such a WiFi network. Our call for you is to avoid online banking using the free WiFi.

Remember that the free WiFi available at the offices and workplaces is much secure than those which are available in the numerous cafes and restaurants. Therefore, the WiFi network that works without asking you for any password or terms and conditions agreement can cost you in many ways and is undoubtedly risky.

After you have gone through the entire description, you are much aware of the factors that differentiate WiFi from the Internet. Just like having a WiFi does not implicate that you similarly have access to the Internet, a strong WiFi signal does not necessarily translate into robust internet speed. 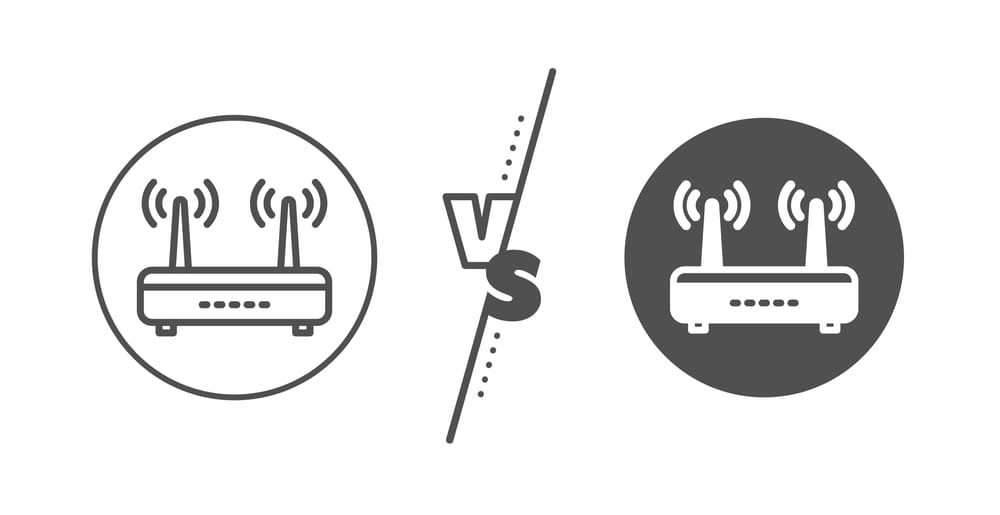