Some think that “porpoises” and “dolphins” describe the same animal, or buzzards and vultures are identical. Well, they’re not, and neither are WiFi repeaters and extenders. They’re two different beasts, even if they serve the same “porpoise”—to cover WiFi dead zones. We won’t “carrion” how vultures cover dead zones, too. Bad puns aside, let’s compare WiFi repeaters vs. extenders.

An authoritative understanding of how WiFi repeaters vs. extenders work is important. Web hacks who write about tech often confuse the two terms. Even Wikipedia considers repeaters and extenders the same. It’s no wonder then that “WiFi booster” (see below) manufacturers ascribe the terms “repeater” and “extender” to their gear based on the latest marketing poll results.

Fret not; the IAG will separate the wheat from the chaff with WiFi repeaters vs. extenders. A postscript to the recent IAG article on “Google WiFi vs. Netgear Orbi“: we consider mesh networking systems (meshnets) as WiFi repeaters. One other hint: regard extenders as wired technology and repeaters as strictly wireless.

While Netgear Orbi and other repeaters that use a dedicated 5 GHz channel for backhaul are wireless hybrids of extenders, we focus on wired extenders using either Multimedia over Coax Alliance (MoCA®) or Powerline Adapter technologies. Unquestionably, Ethernet is the benchmark for speed and reliability but alas, relatively few homes are wired with Cat 5e or Cat 6 Ethernet cables.

“WiFi Booster” is a catch-all term that includes both WiFi repeaters (wireless) and WiFi extenders (wired). Demonstrating the confusion underlying the use of these terms, techjunkie.com deigns to categorize “booster,” “extender” and “repeater” separately. Waveform.com considers the three terms “as mostly the same thing.”

In our view, if a WiFi repeater rebroadcasts a WiFi signal, it’s wireless. Conversely, a WiFi extender bridges the connection from a DOCSIS modem to an “extender,” or satellite unit, using either a home’s Ethernet, coax or power cabling.

To restate, a WiFi repeater essentially recaptures a WiFi signal from an access point (in a home, typically a WiFi router connected to a modem or a combination modem/router aka gateway) and rebroadcasts the signal on the same bandwidth to areas with weak or non-existent WiFi connectivity. The repeater is part of the existing WLAN (i.e., one service set identifier or SSID).

While the latest advances in WiFi technology (i.e., 802.11ac/ax) alleviate the limitations of WiFi repeater technology, these shortcomings remain. A wireless repeater reduces overall network throughput by half. Since the repeater frequently switches between Tx and Rx signals from the host router, available bandwidth is halved.

If a user is just browsing the web from one device, this network limitation is hardly noticeable. However, as more devices (particularly those that stream massive amounts of data) join the WLAN, latency increases and dropped connections are more likely to occur.

Too, if a spacious home (say, over 1,800 ft2) has walls and/or floors made from relatively impervious materials like concrete, a WiFi repeater probably will be of limited use. In particular, such barriers reveal the intrinsic shortcomings of 802.11ac (5 GHz), which carries more data but doesn’t travel as far nor does it penetrate materials compared to 802.11 n/g (2.4 GHz).

WiFi extenders take advantage of a home’s existing wiring, either powerline, Ethernet or coax. Relatively few homes have built-in Ethernet wiring, but most newer homes have extensive coax cabling. Of course, virtually all homes have AC power wiring but the age and condition of the wire dictate its efficacy for data applications.

MoMA is the preferred technology to use for WiFi extenders unless the home is wired for Ethernet. It delivers data speeds almost as fast as Ethernet does. Likely, a home has several coax outlets, particularly in bedrooms and offices, and in common areas such as dens or entertainment/media rooms.

MoCA connects an adapter from the host router to another MoCA adapter located elsewhere in the home. It has three standards: 1.1, 2.0 and 2.5. For high-speed Internet, you’ll want either 2.0 or 2.5.

In case you haven’t yet “cut the cord,” some MoMA adapters have passthrough capabilities for TVs and set-top boxes (STBs). Users can use DOCSIS 3.1 and MoCA 2.0 over the same coax thanks to SCTE 235, a “standards operational practice” for interoperability between the two technologies. Sat and OTA TV, however, are different stories.

Should one need to subsequently expand the MoCA network to other rooms, MoCA automatically detects the addition of new extenders and seamlessly adds them to the network.

Remember Junior who just had to have a wired Internet connection in his bedroom for his online Left 4 Dead 2 online tournaments? As long as he has a coax outlet in his room and the MoMA adapter has an RJ45 (Ethernet) port, you won’t need to homerun a separate Ethernet cable to his room. Mom will be relieved.

Those who know say that G.hn specs are hardware-based while nVoy is software-driven. Nvoy supports WiFi, MoCA, Homeplug and Ethernet—but not G.hn, even though it could.

However, this incompatibility shouldn’t deter consumers from considering G.hn gear. Mike Judd, a consumer communications service analyst, states that “someone building a home entertainment center who wants to mix and match components (using) different network technologies (would find that having) G.hn components would greatly simplify setup.”

Here, let’s look at Johnny Boi’s demonstration of a powerline “extender” (as opposed to a “repeater” (guffaw) in his home. Note that he uses “admin” for a username and a password. DON’T DO THIS!

Again, if you’re considering a powerline adapter to extend your home’s WiFi, do your homework. As TechHive’s Denny Arrar writes, “Wired and wireless Ethernet technology is a relatively settled space. The same cannot be said for power-line Ethernet networking.” Start your recon using the tips below.

Is Your Home Suitable for Powerline WiFi Adapters?

See if your home has grounded electrical receptacles. Grounded electrical cables have three wires; one each for “positive,” “negative” and “ground neutral.” The fastest WiFi powerline extenders (e.g., HomePlug AV2 MIMO) deliver speeds up to 350 Gbps, utilizing all three electrical wires for data transport with three-prong adapters that plug into grounded wall receptacles.

The older HomePlug AV standard delivers data speeds of around 200 Mbps. TechHive’s Arrar notes that “it’s almost impossible” to differentiate between basic HomePlug AV2 and “enhanced” Homeplug AV products, and the presence of a Homeplug logo doesn’t designate the level of a product’s technology.

If your home doesn’t have grounded electrical receptacles (say, homes 60 years or older), you’ll have to use a legacy powerline system. The adapters will be two-prong and your data speeds will be limited to Cat 3 Ethernet speeds (10-12 Mbps).

Know that connecting powerline adapters to surge protectors and power strips can greatly reduce performance. Interference from appliances like vacuum cleaners and air conditioners can also wreak havoc on connections.

The home’s size, too, is important. Powerline performance greatly degrades over distance, particularly over aged wiring. Consider other options if your home is larger than 2,500 ft2. Circuit breakers degrade electrical signals, reducing connection stability and throughput. Also, unlike MoMA but like WiFi, each powerline adapter added to the network reduces the performance of the others.

Most importantly, you must encrypt the connection between all your powerline adapters. Otherwise, you risk merging your WLAN with your neighbor’s WiFi.

As the IAG has demonstrated, consumers have numerous options for maximizing their homes’ WiFi coverage. The easy, no-hassle choice for tech Luddites is mesh networking kits. Those who want platinum performance, security and reliability will choose Ethernet. Users with some tech-savvy but no Ethernet will opt for MoMA, then Powerline (if their homes’ wiring allows).

Only those who live in small apartments or homes need to settle for volcano wireless routers. With a little research, web users will find the solution optimal for their home’s needs. 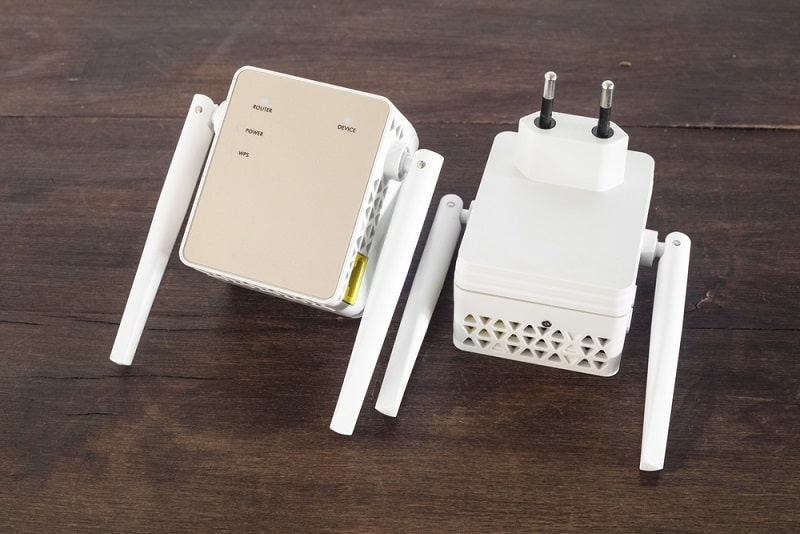