The question entails the problem that is being faced by us all these days. There are High-Performance WiFi routers that offer a significant range of signals and pretty much cover the whole area that you are living in. But sometimes, like in bigger offices or places like apartment buildings, hotels, and restaurants, using just one rother cannot be enough.

You need to ensure that you are covering the whole area and have optimal signal strength throughout to avoid any inconveniences and also get the WiFi to everyone needed. For this purpose, WiFi extenders come in handy as they have the capability to connect with your WiFi router and expand the WiFi signal to a relatively larger area than your original router. To understand the concept better, let’s have a look at what is an Extender and how does it work.

What Is a WiFi Extender?

WiFi extender is a device that works just like a router but it is not connected to the internet connection directly. It is a slightly less expensive and easy solution to extend the WiFi signal strength and make it available in a larger area.

It connects with your existing router through a wire and you can place it in the next room so that it can extend the WiFi signals strength. The device sends out the same frequency as your original WiFi router so it does not cause any disturbances in your original signal strength or speed.

How Does It Work?

A WIFI extender works on the same principle as a WiFi router does. It can be connected with your Router through a cable or wirelessly and it replicates the signals to its own radius by using the same internet connection.

The device uses the same internet connection as your original router and you need to connect it with a router or modem because it does not have a modem in-built. That means a WiFi extender will always need an original WiFi router to work.

Now, since we are clear on what is a WiFi Extender and how it works, let’s get into how many WiFi Extenders you can use.

How Many WiFi Extenders Can You Use?

The answer to this question is variable as it depends on your router and original Internet connection. If you have only one Internet connection and you are using only one router on it. This way, you can use no more than TWO WiFi Extenders. WiFi Extenders have to connect with your original WiFi router and they will use the processing power of your router.

There are certain advantages that will make you consider using a WiFi extender on your home or office network. You can have a look at them here and decide if it will be worth for you to get a WiFi extender:

If you are living in a large house or managing an apartment building with multiple floors, you might face the problem of having no WiFi coverage or lesser signal strength in areas that are away from your WiFi router.

A WiFi extender can solve the problem for you and you can connect it with your router and place it away from your actual WiFi router. It will act as a router of its own and you will get better signal strength around its own radius.

WiFi routers are expensive to buy, and so are WiFi boosters. Getting a WiFi extender is the most cost-efficient way that you can choose to get optimal signal strength around the whole geographical area that you are looking to cover. It might have some cons that if you are ready to live with, you should definitely choose to get a WiFi extender as it is relatively a lot less expensive than other solutions.

Disadvantages of using a WiFi Extender:

WiFi extender is a perfect choice for you if you are looking to get a cost-efficient solution to extend your WiFi range. However, it comes with its own disadvantages. You need to consider these, and if you are ready to compromise on these certain things, then you can choose to get a WiFi extender for your home, or office.

A WiFi extender does extend the signal strength of WiFi, but it also slows down the speed of your Internet. While the original speed coming from the Internet remains the same, it works like a separate router that you have connected to the same internet connection.

Henceforth, if you connect an extender to your WiFi router and place it in the next room, you will be getting a 50% slower internet speed than the original speed you are getting from the main router. As you can connect up to two WiFi extenders to a single router, that means your speed will be reduced to even lesser if you connect two WiFi extender to a single router at once.

There are certain restrictions with using a WiFi extender that might make you reconsider your decision of getting a WiFi extender instead of a booster. The most common one is that you can only connect two WiFi extenders to a single router. Also, this will cause you to actually share the same speed you are getting to other extenders and you can not use it for a place where you are required to have more or original speed.

Also, it does not cover a relatively large area and is only good for purposes where you need to ensure that minimal connectivity is required. 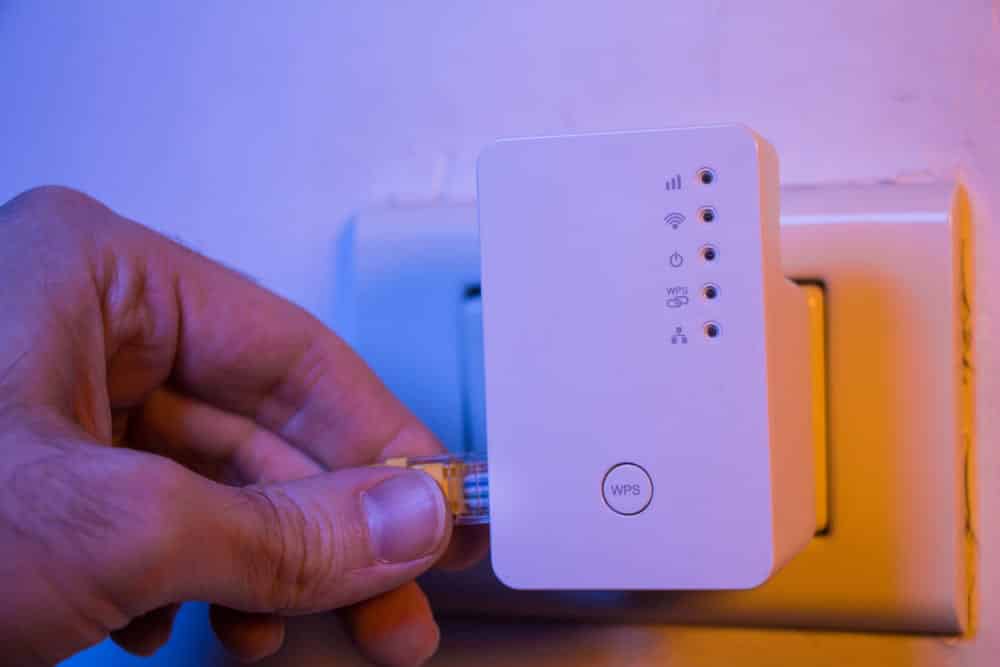