It is undeniable that the internet plays a key role in almost everyone’s lives nowadays. From the moment you wake up until the minute you close your eyes to sleep, it is there, actively in the palm of your hands or standing by for your command.

Businesses would have shut down for good if it wasn’t for the internet bringing a performance and productivity boost.

Besides demanding internet connections pretty much all the time, most people even need a high-speed and stable network to perform their duties or to simply enjoy their gaming sessions after a hard day’s work.

By the time wireless networks first appeared in homes, businesses were already booming under their higher speeds and easier connectivity features. From the moment people did not need cables to connect devices to the internet anymore, online life became something else.

Alongside the practicality of its connectivity features, wireless networks enabled multi-connections, allowing a number of devices to connect to the same network.

That was definitely a game-changer, and one that brought to life the promise of being within a few clicks from having the whole house or building connected to the internet.

From then on, the world has, day by day, become one big network of connected people. For sure, there are those who do not support this type of life, but even these people can barely spend a whole day away from the internet.

Nevertheless, even the most technologically advanced wireless network is prone to suffer issues that may arise from natural phenomena. Amongst the most common, are the reports regarding the speed reduction after hard rains, or strong winds.

Definitely, a big weather change may affect the quality of the signal distribution, but there is no proof that winds can actually affect wireless signals irreversibly.

Should you be amongst those who pondered if the wind could affect your Wi-Fi signal, bear with us as we walk you through the opinions of engineers, installers and manufacturers.

Additionally, we brought you some extra information regarding the possible effects of natural phenomena over wireless signal transmissions. So, without further ado, let’s check what the experts answered when asked the following question: Can the wind affect my Wi-Fi signal?

What Do The Engineers Say? 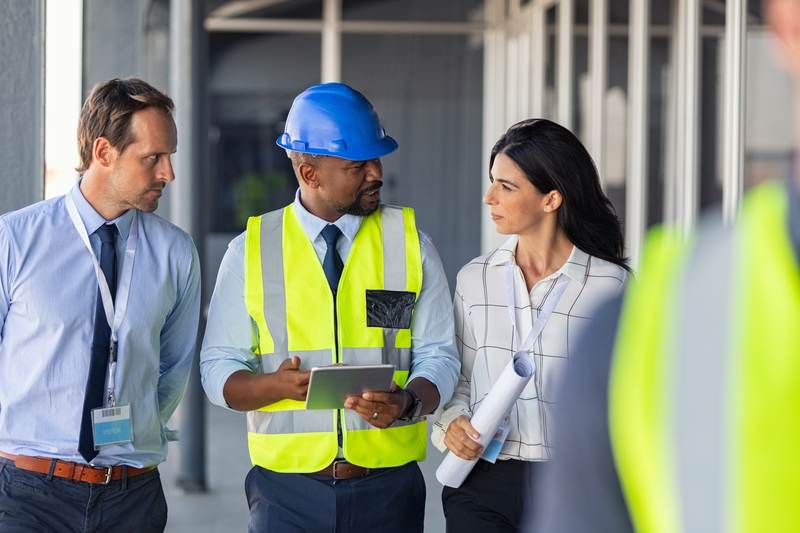 They say there is no way wind could directly impact Wi-Fi signals. Unless the router is installed on the outside of the house, the wind can bear no relevant impact on the transmission of the Wi-Fi signals.

According to them, due to the fact that Wi-Fi signals consist of radio waves, there is no physical way for the wind to affect either their transmission or their reception.

However, when it comes to indirect effects, the wind can definitely affect the transmission of Wi-Fi signals. The first example is if the router is installed outdoors, and a hard wind might cause it to fall and suffer some sort of damage or even break down.

As it could happen even if the router was installed in a room in the house, should the wind current be strong enough to knock over the device from the table. The second example regards the possibility of creating obstacles between the router and the connected device due to strong winds.

That is to say, most people close windows when the wind is strong enough and that closed window may constitute an obstacle for the transmission of the Wi-Fi signal from the router to the device.

As you can see, in the engineers’ opinion, the wind could never directly impact the transmission of Wi-Fi signals. What usually happens is that users do not think of the obstacles between the router and their devices and end up blaming the wind for the poor signal reception.

What Do Installers Say? 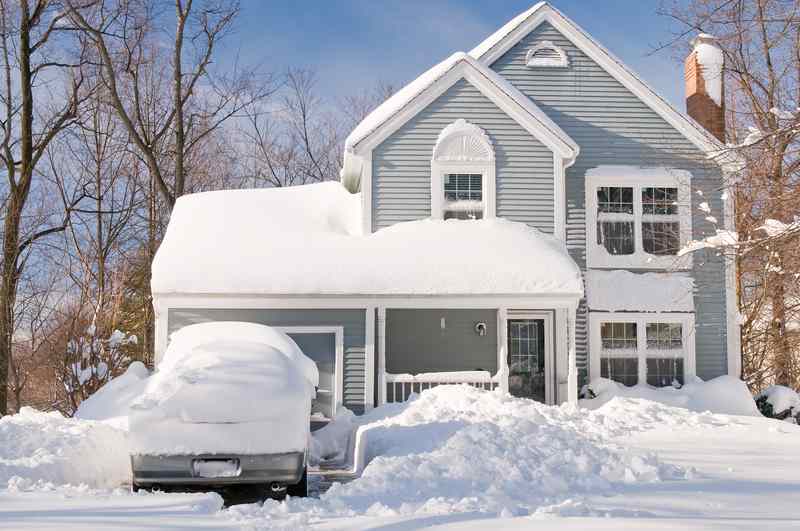 In agreement with the engineers, at least for most of what has been said, installers also state that there is no possibility, in the physical realm, for the wind to affect the Wi-Fi signal transmission directly.

According to the installers, the wind could indirectly affect signal transmission in the event a strong gust moves the antenna and causes it to lose direct contact with the satellite.

On the other hand, they also stated that a properly installed antenna system along with the correct frequency settings could never be affected by the wind and the building would receive a top-tier internet connection.

Therefore, all users have to do is verify the manufacturer’s count for wind gusts before installing their antenna systems. According to most manufacturers, the normal force an antenna system can withstand is around 110mph winds.

They also added that, though the wind itself may not cause much damage to antenna systems or Wi-Fi signals distribution, the presence of rain or snow could somewhat affect the transmission.

That is due to the fact that these natural elements could cause the receiver to not properly transmit the signal within the building.

Also, especially for those who live in areas with heavy snowstorms, the need to check for the accumulation of snow on the antenna system is mandatory, as this could also prevent the signal from properly reaching the receiver. Regarding the rain, it depends on the size of the raindrops.

Bigger drops will fall from the sky at higher speeds and thus cause a shorter loss of path on the Wi-Fi signal, while smaller drops may cause longer interferences due to their slower falling speed.

In the end, should your antenna system be properly installed and firmly positioned, the amount of impact to the Wi-Fi signal transmission is less than minimal.

On the other hand, should users who live in very cold areas not pay enough attention to clearing the signal path after snowstorms, the chances of an interruption or deviation of the signal might be higher.

What Do Apple’s Experts Say?

Once again, the odds the wind could affect Wi-Fi signal transmission directly are pretty much zero. According to the electronics manufacturers’ experts, hard winds, especially accompanied by heavy rains or snowstorms could cause disturbances in the cable lines or even power outages.

In the first situation, it may happen that the signal takes longer than usual to reach its destination. In the latter, the lack of power caused by hard winds would most likely hinder the router or modem from working and, consequently, there would be no distribution of signal within the building.

So, once again, wind will not directly impact the transmission of Wi-Fi signals.

Additionally, Apple’s experts took into account the situation wherein windy weather will cause people to snuggle up and binge their favourite series, which could cause an increase in internet consumption and consequently impact the transmission speed.

The Rain, On The Other Hand… 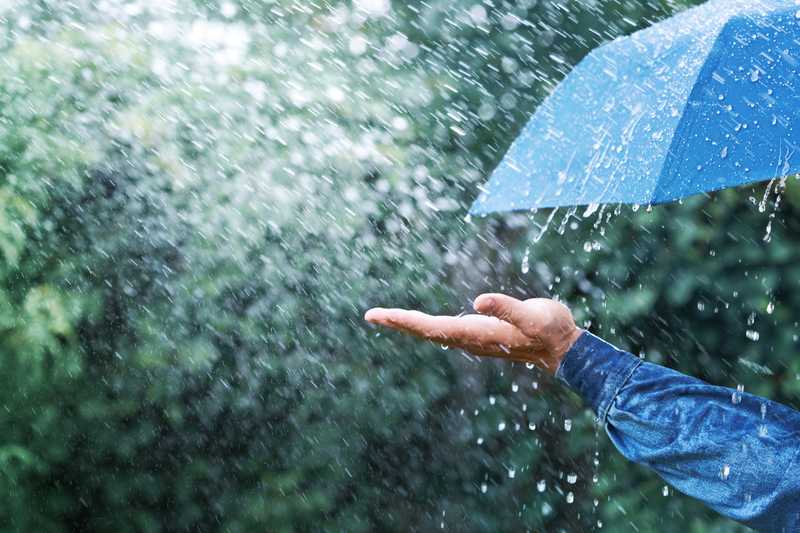 While everyone we asked stated that wind could never directly impact the transmission of Wi-Fi signals, none have denied the possibility that the rain could.

According to some of them, due to the fact that raindrops could cause the Wi-Fi signal to lose its path, the lower the frequency, the bigger the chance of a disruption. On the other hand, should you have your Wi-Fi system installed indoors, that kind of interruption could never happen.

Since the droplets tend to absorb the radio frequency of the Wi-Fi signal transmission, that could as well constitute a blockage and hinder the signal from reaching the receiver. Additionally, experts say that 2.4 Ghz internet frequencies are more prone to suffer this kind of interruption.

What Else Could Impact The Transmission Of The Wi-Fi Signal? 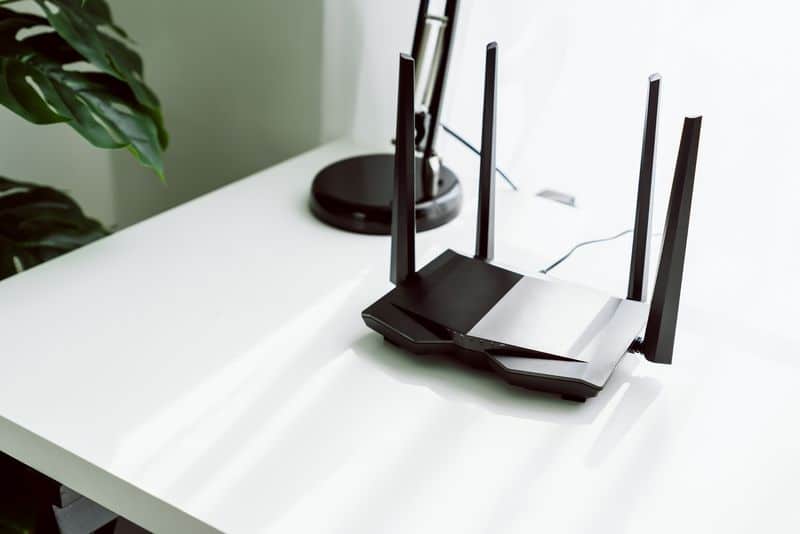 As stated by many of the experts we approached, what in the large majority of the cases impact the quality of Wi-Fi signal distribution is distance. Most users do not realise that their routers or modems simply won’t deliver the same quality of signal to every room in the house.

As a consequence, when they experience a drop in the internet speed, they tend to blame natural adversities instead of simply moving closer to the device.

Also, what most people do not understand is that wind will not affect the functioning of routers – not even as much as high temperatures can. According to most manufacturers, modems and routers can suffer performance drops at temperatures higher than 90 degrees Fahrenheit.

And that has nothing to do with the heat preventing the signal from being transmitted, but simply because it might overheat the device and cause some functions not to work properly.

Therefore, users should be more worried about how much air is circulating nearby the modem or router rather than the almost impossible effects of natural phenomena in the loss of Wi-Fi signals.

On a final note, should you know other factors that could affect the transmission of Wi-Fi signals, let us know in the comments section and help your fellow readers get the most out of their modems and routers. 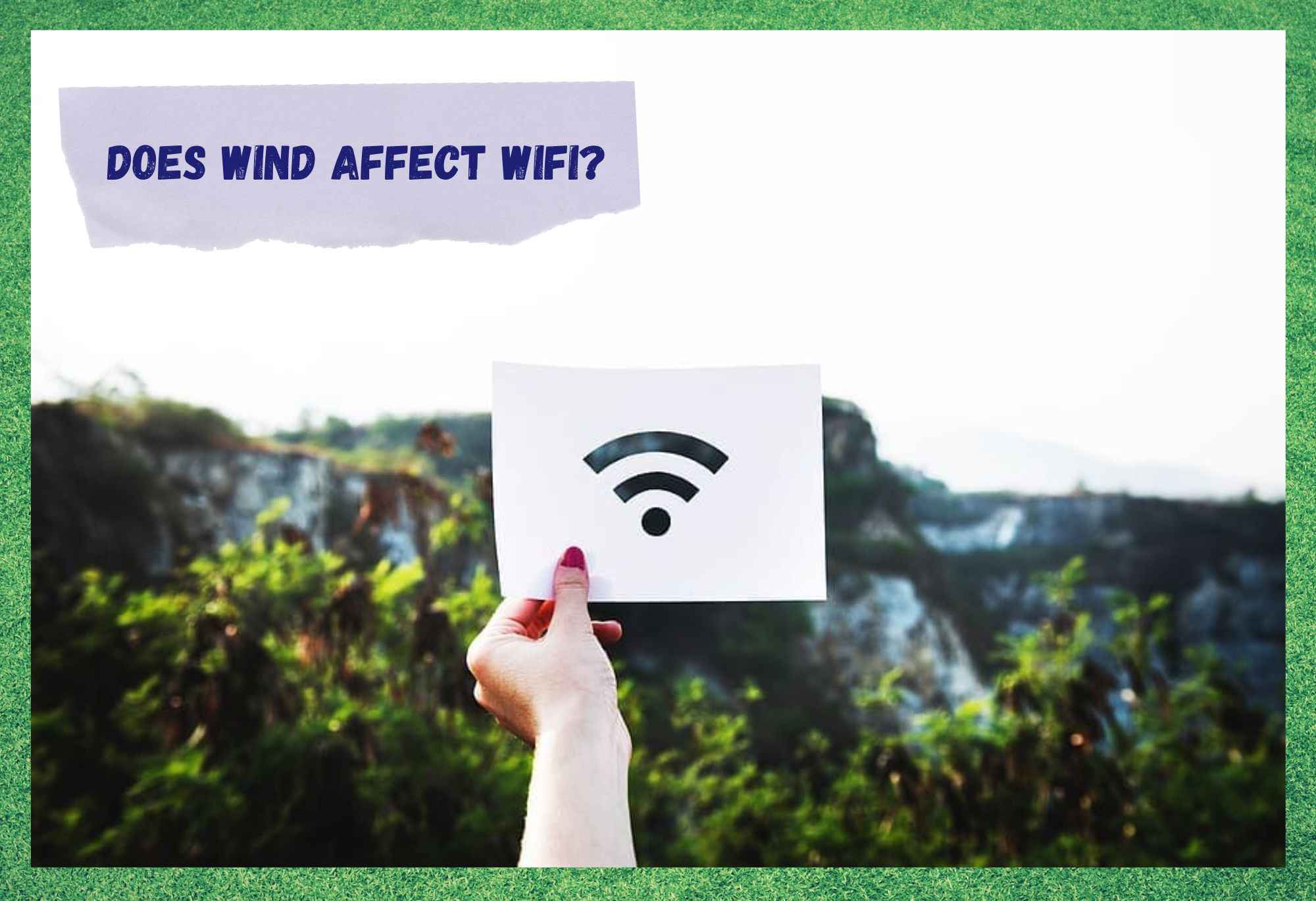