What is Spectrum Home WiFi?

In our last IAG episode, we surveyed Cox’s Panoramic WiFi. This installment looks at a Cox (sorta) competitor, Charter and its in-home “Spectrum” WiFi service. Like Cox (or, for that matter, any other MSO), renting Charter Spectrum’s gateways costs subscribers more than if they buy their own home CPE.

Based in Connecticut, Charter is America’s second-largest MNO gauged by subscribers. Operating in 43 states, it’s also the third-largest U.S. pay-TV operator and the fifth-largest home provider of VoIP services in the U.S. It’s acquired numerous MSOs over the years, most notably Bright House Networks and Time Warner Cable.

Along with Comcast, many consider Charter as the two worst MSOs in the U.S. Since the turn of the century, the company has been cited for shoddy Internet service by both dslreports.com and PC World.

Yet, Charter receives kudos from OTT customers since the company doesn’t impose data caps or throttling. Charter also provides lower-cost Internet to those who qualify. Like Cox, Charter subscribers can use over a half-million Spectrum public WiFi hotspots. Unlike Cox, all subscribers qualify.

In response to widespread consumer complaints, Charter (like Comcast, which rebranded to Xfinity in 2010) became Spectrum in 2014. The facelift followed a network upgrade to an HFC model from its primarily coax cable-based infrastructure.

Speaking of Comcast, it’s home WiFi platform similar to Cox’s Panoramic WiFi, is Xfinity xFi and it too is marketed to residential Internet users.

According to broadbandnow.com, Charter offers Internet download speeds up to 940 Mbps in 28 states. Two states have speeds up to 500 Mbps, 11 states receive speeds up to 400 Mbps, Rhode Island gets up to 300 Mbps and unfortunate Arkansas and its franchise area of 114 people only see 25 Mbps.

Spectrum gives residential subscribers (where HFC and DOCSIS 3.1 are available) a choice of three Internet packages:

As is the case with Cox’s Internet packages, these highly asynchronous data speeds can wreak havoc on subscribers if one uses the “Gig” tier for extensive video conferencing, gaming or P2P seeding.

For years, Spectrum, unlike other national MSOs, didn’t charge subscribers for modems/gateways. However, after an epiphany of accounting clarity, in April 2019, Charter charged subscribers a one-time fee of $9.99 for a company-supplied modem to be either delivered to the subscriber’s address or picked up from a local Spectrum store outlet.

In fairness to Charter, most other MSOs charge a monthly rental for modems/gateways. And the fee only applies to modems/gateways that Charter supplies to their subscribers.

Yet, the company’s apparent avarice struck many subscribers as wrong. One wag predicts, “Just wait for the ‘Bring your own modem’ $9.99 one-time activation fee, since that will be next.”

Now’s as good a time as any to hear web developer (that’s right, an Internet pro) Adam Olinger go off on Charter Spectrum Internet. Warning! NSFW or tender ears or sensitive souls:

Know the Difference Between Modems, Routers and Gateways

Unlike Cox’s Panoramic and Comcast’s xFi, Spectrum doesn’t try to peddle to its subscribers an over-hyped home WiFi platform that claims to “blanket” one’s home with WiFi coverage. This does NOT mean that Spectrum won’t try to take advantage of the naivete of tech-challenged subscribers.

As we mentioned above, during the past few years Charter has bought out many national and regional MSOs, among them sizable companies like Time Warner (TWC) and Bright House.

When subscribers were “switched” to from TWC to Spectrum, many retained a legacy rate plan, often at a higher cost than at an advertised Spectrum tier rate. Through enlightenment or for whatever reason, many converted subscribers subsequently called Charter to take advantage of their Internet package at a lower rate than what TWC had previously charged.

A consumer on awesomejelly.com relates an insidious tale of Charter’s greed (and apparent lack of tech acumen). After switching plans from TWC to Charter, she was told to retrieve a new Charter-issued “modem” from a Spectrum store. However (oops!), a Charter rep failed to tell her that her monthly bill would now be $5 more because of a “wireless” charge for the device.

Worse, this subscriber already had a wireless router. When she got home, she plugged the Charter-issued “modem” into her router. Yep, you guessed it. Charter gave her a gateway, not a modem. Her wireless connection turned to crap since the two devices were fighting over the same WiFi bandwidth.

In sum, Charter’s modem is free (except for the activation fee) while it charges $5 per month for WiFi.

The IAG is here to help. If you’re not sure about what modems, wireless routers and gateways do, we refer you to our previous article that explains the differences.

Since you, faithful IAG reader, know the benefits of buying your own router/gateway for your home WiFi, you naturally want to know the routers and gateways Charter authorizes for interface with their DOCSIS network. Be aware that Spectrum Business Internet customers are required to use Charter-issued modems.

For a list of Charter-issued modems, wireless routers, gateways, modem/voice combos and fiber-optic CPE, see this.

Charter divides the modems it certifies for usage on its network into five categories, divided by Internet speed tiers as described in the tables below.

Observant readers will instantly note that Spectrum hasn’t certified a modem for its Gig (940 Mbps) tier. If one wishes to buy a modem for use with that specific Internet speed, one user recommends the Motorola DOCSIS 3.1 MB8600.

Approved for Internet speeds up to 400 Mbps

Approved for Internet speeds up to 300 Mbps

Approved for Internet speeds up to 100 Mbps

Approved for Internet speeds up to 60 Mbps

Charter permits the following devices on their network but cautions: “We recommend against using (these modems) because they haven’t been tested to confirm their ability to deliver your purchased Internet service speed.”

We’ll close with both a question and an answer found a netgear.com community online forum:

Question: “Do I need to pay the Spectrum “add In-home WiFi” fee if I’m going to connect to their modem?”

Answer: “Spectrum provides several types of modems (modem only, modem/phone, modem/router/wifi, etc.) If you are not subscribing to Spectrum’s phone service, you need only a modem, which you can rent from Spectrum or can purchase yourself (on Amazon, for example). 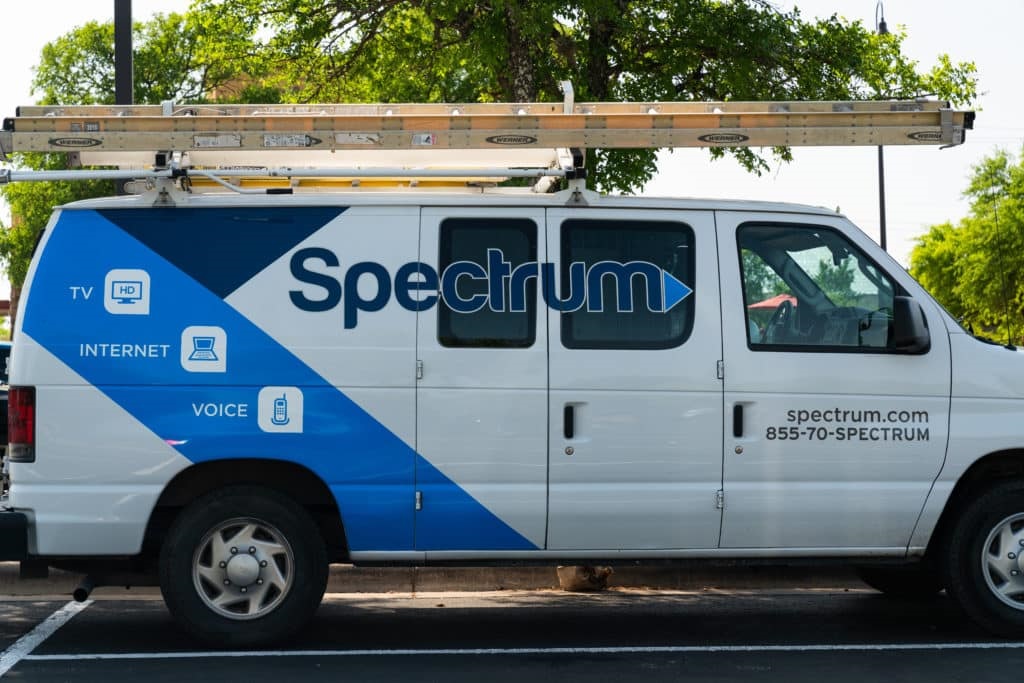