If you’re reading this you almost certainly have Internet and/or cable programming. To use these services a DOCSIS or DSL modem is needed. Many of you no doubt pay a monthly rental fee to your provider for a modem. If Comcast, Charter, Time-Warner/Bright House/Spectrum, Suddenlink or Cox is your MSO, chances are good that you’re using an Arris Surfboard or other Arris modem to interface with the service provider data signal. In fact, Suddenlink uses Arris modems exclusively.

With the DOCSIS 3.0 standard coming into widespread use with MSOs around the country, the old DOCSIS 2.0 modem is fast becoming obsolete and must be replaced. (Just like Grandpa’s old 2G cell phone.) To take advantage of the greater D3 speeds and full capability of the latest IEEE 802.11ac devices, you’re going to have to upgrade. Buying your modem is a great idea; it will pay for itself within a year and you’ll save money on your bill. Or, if you wish, you can opt to rent a device for a monthly fee from your MSO or ISP.

All Modems Are Not Created Equal

Just so we’re clear, a cable modem is defined by techterms.com as “a peripheral device used to connect to the Internet. It operates over coax cable TV lines and provides high-speed Internet access. Since cable modems offer an always-on connection and fast data transfer rates, they are considered broadband devices.” These of course are much different beasts from the ol’ clunky dinosaur dialup telephone modems used to connect to the Internet way back in the 20th century. To be precise, a cable modem really isn’t a “modem” at all; “modem” denotes “modulator/demodulator.” Since a cable modem doesn’t convert digital signals into analog, the term is a misnomer.

Today’s high performance DOCSIS 3.0 “cable gateways” (modem/router/Ethernet switch) do more than just relay digital signals to a TV. They can also serve as a wireless access point (“hotspot”) while connecting as many as four devices to the Internet. The biggest difference between D3 and D2 is speed. D3 modems have a much higher maximum network “throughput” (hip tech jargon for the amount of data successfully processed in a given amount of time, usually measured in kilobits, megabits or gigabits — Kbps, Mbps, Gbps — per second). Gateways are available for DSL service as well.

D3 requires a four channel minimum to achieve faster speed over its predecessors. Each channel’s throughput is 38 Mbps downstream and 27 Mbps up but D3 is by no means limited to just four channels. However, unless you’re running a server at home or you are hard core gamer, the potential 100+ Mbps provided by D3’s four channels should be plenty to suffice your home — for now.

You know a product has made massive market penetration and grabbed the attention of Joe Sixpack when it’s advertised on a NASCAR driver. Yes, Carl Edwards of Joe Gibbs Racing currently wears a ball cap with the Arris logo. The “Arris” name is stitched on the collar, the sleeves and the back of his racing suit and the logo is emblazoned on his stock car (along with a number of other sponsors). Arris also sponsors Daniel Suarez who drives the No. 19 stock car in the Xfinity Series and the World Camping Truck Series. 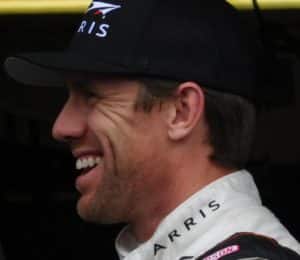 More erudite readers will recognize “arris” as an architectural term describing the sharp edge formed by joining two surfaces or architectural elements together at an angle, such as those found in Doric columns. To us savvy tech enthusiasts, however,  the Arris Group is known as the Georgia-based manufacturer of high performance telecom gear, including DOCSIS 3.0 modems and gateways.

A joint venture of Northern Telecom and Antec Corp., Arris Interactive was formed in 1995 to develop next-gen cable network technology. The company morphed into Arris, Inc. in 2001 as Antec essentially bought out Nortel’s interest in the venture, adopted the Arris brand and went public as a spun-off entity. Since then Arris has acquired a number of companies including Cadant in 2001, C-COR in 2007, parts of EG Technology and Digeo (Moxi) in 2009, BigBand Networks in 2011, Motorola Mobility’s home unit (formerly part of General Instrument) from Google in 2013 — thereby becoming a major player in the set-top box (STB) market — and STB manufacturer Pace plc of the UK in 2016. What is a STB, you ask? You probably call it a “cable box.”

Here it should be noted that when examining cable or DSL modems and gateways, speeds and cabilities are widely divergent depending on model. Below is a look at what Arris has to offer in the way of STBs.

For enterprise customers, Arris has a multitude of devices available, divided into five general categories: ‘Application & Control,’ ‘Content Delivery & Acquisition,’ ‘Delivery Networks,’ ‘Video Infrastructure’ and the section where modems and gateways are found, ‘Home & Business Connectivity & Devices.’ The manufacturer lists 16 different gateways and 6 modems; all have 4-port Gigabit capability. Voice models have ports for VoIP application. Note that many if not most of these models are sold to MSOs in bulk quantities, leased to customers and not readily available to retail consumers.

For the home consumer, Arris has their SURFboard® brand of modems and gateways. They even make a special model for Comcast’s XFinity® service.

Here is a YouTube vid from Arris explaining how to set up the Surfboard SBG6400 and SBG6900 gateways:

In case you’re stumped for ideas for last minute holiday gift giving — AND you’re somewhat technically inclined — may we suggest buying and provisioning cable modems for your loved ones. Modem ownership saves the monthly rental charge from the MSO service provider (typically $10 or so per month) and perhaps you can improve their Wi-Fi speed if the modem serves as an access point for their wireless devices. All major ISPs and MSOs provide a list of approved modems and gateways at various websites. For example, see approvedmodems.com for AT&T, Comcast, Charter, CenturyLink, Mediacom and Cox. 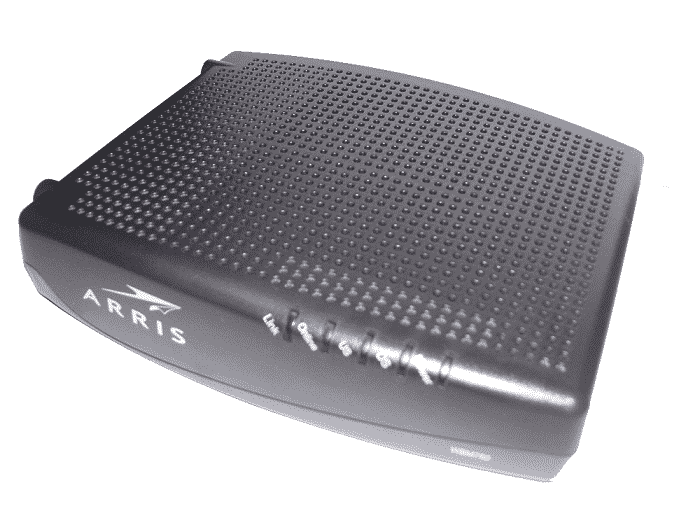