During the past few years, the major cable providers have been gradually creating a nationwide network of Wi-Fi access for its Internet customers. Although the intention is to add convenience in terms of connectivity, the project comes with some bumps in the road.

In the past, cable Wi-Fi meant creating wireless Internet access using your cable Internet connection. You installed a wireless router in your home with a connection to cable Internet to enable everyone in the household to access Wi-Fi within a specified range of the router.

Although setting up a wireless router in your home is still the norm, cable companies have been quietly working on a new definition of Cable Wi-Fi that allows their Internet customers to access high speed Internet from more than 250,000 Wi-Fi hotspots. Companies such as Time Warner Cable, Optimum, Bright House Networks, Cox, and Comcast Xfinity have been allowing each other’s customers to access Wi-Fi hotspots on an infrastructure that has been gradually becoming widespread.

Depending upon how you view the cable Wi-Fi project, this can be a positive rollout since it broadens the connectivity range for customers of the major cable providers. The downside is the infrastructure used to create access to Wi-Fi hotspots raises a few issues among Internet customers, the main concern of which is security.

Cable WiFi and How It Works

The cable WiFi project brings a whole new definition to the term cable Wi-Fi. It is no longer just about setting up a wireless router and connecting to your cable Internet service for wireless access. It is also no longer about accessing a wireless hotspot in public where the equipment and cable connection is provided by the business, organization, or other venue that offers wireless access to the public.

If you live in an area where cable Wi-Fi has been deployed, you may have noticed a wireless network that appears on your mobile device called CableWiFi. This is a network that is provided by the major cable providers we mentioned above to offer free wireless access to high speed Internet.

Depending upon the cable provider, the name of the network can vary. Instead of CableWiFi, you may also see other names appear on your mobile device including, CoxWiFi, xfinitywifi, TWC WiFi, optimumwifi, Bright House Networks, or others depending upon where you are located. If you are not a customer of one of these providers, you can easily access their website and obtain an Internet pass that offers several options including an hourly basis for accessing the service.

Some of the providers entice you by offering a free trial pass for one hour. Others offer passes that allow you to access high speed Internet on an hourly basis, by the day, or on a weekly rate. When you purchase an Internet pass you have access to any of the hotspots that are part of the partnership cable Wi-Fi project by the major cable providers we have mentioned.

How Cable WiFi is Different

When the modem is installed in a private home, it provides access to both a public and private network. The private network is for the subscriber to the service and the public network is for the users that purchase an Internet pass to access the Wi-Fi hotspot public network. The app which is provided by the Internet service provides you with a database of hotspots, along with a satellite view of a map that indicates exactly where the hotspots are located.

The speed for cable Wi-Fi hotspots is not bad depending upon how far you are away from the host, and the passes to obtain Internet access are rather inexpensive. At peak rates, you can typically achieve data download speeds of up to 26 Mbps (megabits per second) if you are relatively close to the access point. From farther distances, the download speeds are around 6 Mbps on the average.

Here is an example of how the cable providers are promoting access to Wi-Fi hotspots. It will show you how it works, but it does not mention anything about where the Internet access points are coming from which is mostly private home owners.

The inception of Cable Wi-Fi is an innovative idea which Internet customers that are private home owners may not mind or may vehemently object to. The people who object to providing a public wireless Wi-Fi hotspot have legitimate concerns which need to be addressed by the cable providers.

Additionally, this project has been implemeneted rather quietly with very little publicity. For this reason, consumers should be aware of some of the tactics the cable providers have used to implement the system. Rolling out the project quietly is an effort to circumvent objections, red tape, and other issues that crop up before you can move forward.

For an example of what we are referring to here, navigate to the Xfinity Wi-Fi article on this website. You will notice there is no mention as to what the project entails and exactly how the company reached one million Wi-Fi hotspots.

That said, let’s talk about some of the issues with the cable Wi-Fi project. This is an effort heighten your awareness as a home Internet subscriber that is providing the public Wi-Fi access network. It will also help toward providing you with information necessary to make an informed decision as to whether you want this type of service.

Although some of the aspects of using cable WiFi that we discussed earlier are positive, there are issues on the end of the customer that are cause for concern.

First, the cable providers are emphasizing the use of security applications to the point where it is very pronounced. Some of the providers are offering complete Internet security suites, identity theft protection, password protection, and other security applications. The emphasis which is placed on this promotion makes consumer wary of how secure the infrastructure really is.

Many of the major providers involved with the cable WiFi project explain that the public network is completely separate from the private network. But this does not gurantee maximum security and does not guard against network impersonation.

When you access a hostpot on your mobile device, you typically find a list of available networks in the local area. Hackers are very skilled at impersonating these networks to make it look like the real deal. For example, if you view the list of networks on an Android, it typically displays a green padlock. When you tap on the icon there is a confirmation that shows the Internet Service Provider endorsed the page with a security and validation certificate.

If you are not watching for the certification information, networks with the same name you are trying to connect to may appear without any certification information. Those that are unaware will click on the network without checking the certification and enter their username and password. This creates an attractive buffet for hackers to steal and harvest login credentials and access bank accounts. It also may present potential headaches for the home owner that is providing the public network access.

Some of the security issues that are presented with cable Wi-Fi provide a very good reason to use a different method for accessing public Wi-Fi, especially when conducting sensitive tasks such as banking and other tasks that expose personal information. It is also good reason for the home owner to be aware when they subscribe to Internet services through a member provider of the cable Wi-Fi project.

The way in which the cable Internet providers are presenting the rollout to their customers is by offering to rent their home modems. This means you get a paltry discount of perhaps around $5 for allowing the cable provider to broadcast a public wireless access signal from your house. In some cases, this takes place using the bandwidth that you have paid for in your subscription.

The company is providing you with miserly discount to make it look like a benefit to the customer. This saves them a lot more money than having to purchase the infrastructure to provide public Wi-Fi hotspots on their own. It is a piggy back type of configuration that is a huge concern for some subscribers and of no consequence to others.

Some of the cable Internet service providers are using round about ways to increase their networks nationwide. Some may or may not notify subscribers that they are activating the hotspot where others will intentionally leave your hotspot off the location map. If the latter is the case, you can usually identify it by turning on your mobile device. But, if you live in a neighborhood that is densely populated, it is hard to identify exactly where the signal is coming from.

The cable WiFi project was announced in 2012, however, the participating cable providers provided a new network name known as Cable WiFi. The announcement focused on how subscribers will be able to access Wi-Fi outside their home market.

It also mentioned that the participating cable operators will be offering thousand s of Wi-Fi hotspots and highlighted the benefits to the consumer. The focus remained on all of the milestones the cable companies have achieved to bring Wi-Fi access to its customers and kept the attention off of the fact that the highest percentage of Wi-Fi hotspots are home-based.

While increased access to high speed wireless Internet is a good thing, the fact remains that the cable Internet companies must be straightforward and upfront with the Internet subscribers that are unwillingly or willingly “renting out” their modems. As it stands now, the cable companies are more focused on Wi-Fi hotspot expansion instead of offering value to their long term subscribers to home Internet connectivity.

Cable WiFi can be a valuable service as a standalone. But when you look at the offerings and prices of various cable Internet companies, it seems obvious that the service is basically another instance of the able providers trying to maintain subscribers to comprehensive but costly bundles of voice, Internet, and video, while excuding customers who want a more personalized experience by purchasing only the services they really use. 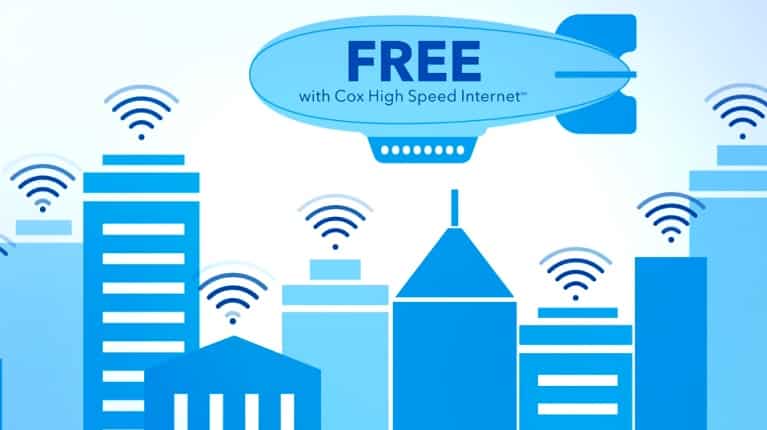 1 thought on “What is Cable WiFi and How Does It Work?”