Hotspot 2.0 is a technology that promises to advance the development of our rapidly growing mobile ecosystem with the ability to seamlessly move from one wireless hotspot to another.

It is estimated that more than 800 million new mobile devices enabled with Wi-Fi are entering the mobile environment every year. This means that new wireless networks are on the rise to accommodate the number of mobile users who are seeking to stay connected at all times.

One of the technologies that is driving the mobile ecosystem forward is Hotspot 2.0. The technology enables mobile users to move from one hotspot to another without being required to enter a password or choose the network connection from the list of networks on a mobile device. It works similar to the way cellular phones can travel from one cell tower to the next without any user intervention.

Hotspot 2.0 is commonly referred to as Wi-Fi Certified Passpoint which is a new public wireless standard that allows mobile users to travel among Wi-Fi networks, as well as Wi-Fi and cellular networks. Hotspot 2.0 uses a set of protocols known as 802.11u. This standard allows for wireless roaming between access points to provide connectivity on demand for Wi-Fi enabled devices. It also provides increased bandwidth which means you are able to access bandwidth intensive applications without experiencing disruptions in the service.

In order for a Wi-Fi enabled device to access Hotspot 2.0, the device must be 802.11u capable. Where other Wi-Fi enabled devices use 802.11 b/g/n as well as 3G and 4G connectivity, 802.11u is the standard for Hotspot 2.0. When an 802.11u capable device locates a network it automatically selects it and then connects to the network. Processes such as network discovery, authentication, and access are automatic to prevent the mobile user from having to go through each one manually to establish a connection.

Although Hotspot 2.0 is new to public wireless access, many enterprises have been using the technology for about a decade now. Companies have been using it for security reasons to ensure encryption and authentication between mobile device communications. This is because Hotspot 2.0 uses three different technologies which include WPA2 encrytion, Extensible Authenticatoin Protocol (EAP), and 802.11u. This makes a public hotspot more secure and prevents hackers that use eavesdropping programs from listening in on mobile communications.

The following video will provide you with more background on Hotspot 2.0 at the Mobile World Congress. This is an annual conference that introduces new and emerging mobile technologies.

Hotspot 2.0 802.11u is the newest technology that provides a way for a mobile device to aggregate data from a wireless network prior to authentication. Hotspot 2.0 also represents the next generation of mobile connectivity as mobile communications move to a roaming world of accessing information and communications. This means that Original Equipment Manufacturers (OEMs), wireless mobile carriers, and vendors of mobile operating systems are gradually equipping future devices to meet the needs of Hotspot 2.0 consumers.

The initial phase of Hotspot 2.0 testing is now complete with the introduction of the 802.11u interoperable standard to the public market. The next phase involves the establishment of policies that will govern the management of cellular and wireless connectivity among mobile devices and applications. This will also enable mobile devices to identify other local apps and services that are supported on a Hotspot 2.0 network.

Although Hotspot 2.0 provides interoperability, this requires a system that is capable of moving usernames and passwords between networks and mobile carriers. This is an effort that is underway with the Wireless Broadband Alliance (WBA) to create a standard that allows a seamless transition between networks.

How Hotspot 2.0 Changes the Mobile Experience in Indoor Venues

The effect on the indoor mobile experience when consumers connect to Hotspot 2.0 will allow mobile users to identify the type of local network service and apps they want to use and their preferences for notification. Hotspot 2.0 also allows mobile users to communicate with the network prior to authentication with access to local services within the indoor venue.

From the business end of things, Hotspot 2.0 allows businesses to improve their connection with consumers to provide them with engaging ways to interact with products and services. For example, when consumer connects with the network within a venue, they can access a concierge service using a native app on their mobile device which provides an opt-in service. The service allows consumers to take advantage of special offers and other local information.

Additionally, Hotspot 2.0 allows businesses to implement analytics technology that provides location data in real-time. This helps businesses to personalize the consumer experience by offering coupons and time-based discounts. It also provides a way for businesses to improve customer engagement by sending messages to their mobile device that are based on consumer interest, time of day, and location.

In terms of security, a transparent security policy will have to be communicated by business owners since the technologies associated with Hotspot 2.0 are capable of gathering consumer data when they opt-in to a service. Although the information is anonymous and is focused on purchase history and other data that helps businesses to personalize the shopping experience, the conditions must be spelled out for consumers to feel confident about opting into a service.

How Hotspot 2.0 is Currently Implemented

Hotspot 2.0 technologies have already been implemented in various parts of the globe and in indoor businesses and other venues. It has been predicted by experts that new mobile communications that are possible with Hotspot 2.0 will become commonplace within the next three to five years.

Boingo Wireless, a provider of more than one million global hotspots, has an airport project underway as a trial. The company configured the Hotspot 2.0 settings in iOS 7 to enable the iPhone to connect to the networks in 20 different airports. Currently, the company is testing Hotspot 2.0 technology with Boingo customers and some of its partners. The pilot project is providing consumers with a very good idea of how mobile communications will work once Hotspot 2.0 is officially launched in the commercial sector around the globe.

Why Hotspot 2.0 is Called the Next Generation Hotspot

The technologies associated with Hotspot 2.0 eliminate the hassles of connecting to different wireless networks. This is why Hotspot 2.0 is commonly referred to as the Next Generation Hotspot. You can easily connect to different networks using your mobile device just as you would your home network or an enterprise network. Plus, Hotspot 2.0 access points offer the security technologies we discussed earlier in this article.

Instead of being required to enter your security credentials, the authentication is taken care of in the cloud. This makes it feel like the entire globe becomes a large network that you share with many other people wherever you go.

In 2012, the Wi-Fi Alliance started certifying devices that are Hotspot 2.0 capable. A year later, providers of hotspots began installing Next Generation Hotspot software in their wireless access points however, the wireless access was not made available commercially. Only companies such as Boingo Wireless and others have launched Hotspot 2.0 pilot projects.

At the Mobile World Congress 2014 in Barcelona, a large scale Hotspot 2.0 project was launched in the Fira Gran Via which prides spaces for congress and houses a large Convention Center. The project was launched via a collaborative effort on the part of Cisco and Accuris Networks in conjunction with global wireless carriers such as China Mobile, AT&T and others. The project allows consumers to connect to the Hotspot 2.0 network via their 802.11u enabled devices.

The Wi-Fi Alliance has implemented this type of project at other conferences as well. This leaves many to wonder when the technology will be made available other areas of the globe besides telecom conferences.

According to the CEO of Ruckus Wireless, one of the largest global providers of hotspots, the company plans to deploy its first commercial Hotspot 2.0 in Poland at Warsaw’s Royal Gardens. This announcement came during the Mobile World Congress. It indicated that many of the issues with Hotspot 2.0 are being resolved, allowing the deployment of the technology to be rolled out commercially.

The Wi-Fi Alliance predicts that today’s mobile user will be more apt to connect with seamless Hotspot 2.0 functionality and widespread coverage. The growth in the use of tablet PCs and other mobile devices coupled with growing awareness of hotspot availability, will encourage more users to become connected as Hotspot 2.0 becomes the norm. As a result, it is increasing the competition among Internet Service Providers.

More Internet Service Providers will be competing to create larger networks as Hotspot 2.0 becomes more widespread to allow mobile users to access Wi-Fi. If you are an avid tablet PC user, this means it will not be necessary to upgrade to a device that is equipped to handle cellular data. Additionally, mobile users will have the convenience of accessing all the features on their tablet without having to finance costly data plans. 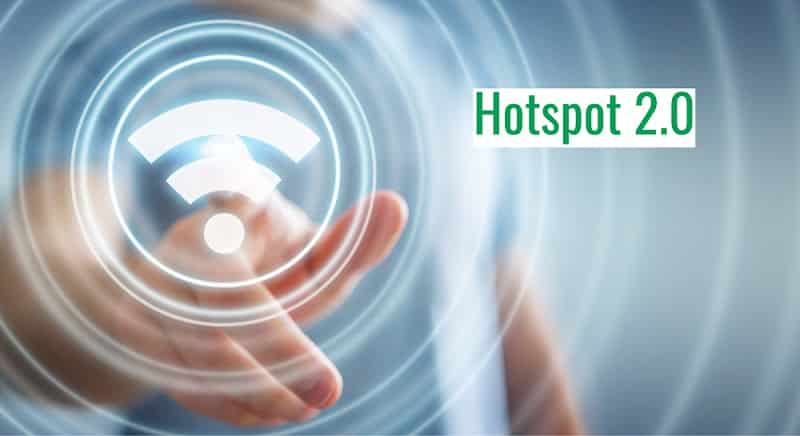