How a VPN Works

Virtual Private Networks provide specialized technology that allows remote workers and other telecommuters to access a company network via a secure password.  Users that are allowed access to a VPN must go through an authentication process in order to access network resources from a remote location.

The technology behind a Virtual Private Network is made up of a combination of hardware and software which is hosted by the company via an onsite infrastructure, an Internet Service Provider or ISP, or a Virtual Private Network provider that assumes the responsibility for monitoring and maintaining the security of a VPN.  Although the network is private and restricted to a designated number of users, it is still used to connect to the Internet and utilize other public telecommunication access except in a more secure environment.

Let’s say you are working in a European country and the corporate office for your company is in the United States.  If you want to sign in to the Virtual Private Network for your company you would access the interface for the network on your PC or mobile device and then logon to the network with a user ID and password or other method of authentication.

Depending upon the VPN configuration the company may take a layered approach to authentication by using more than one authentication server for comparing your logon information with a value that is stored elsewhere on the VPN. Only users that are provided with the authentication methods would have access to the network hence the reason a VPN is private and does not allow public access.

A Virtual Private Network provides enhanced security using a variety of different security applications.  First and foremost, the Internet is not secure and allows other individuals to eavesdrop on your activities.  A VPN solves this by providing you with an interface or desktop application which is tied to your company’s VPN and allows you to sign in securely via an authentication process.  Some of the technologies which are used to secure network access include the following:

It is also important to remember to sign out when you are finished conducting business on your company’s VPN.  If you remain logged on it is very easy for an unauthorized individual to access sensitive company information by signing into the network as you.  One way that companies avoid this problem is through the use of a token when logging in to a VPN.  When you use a token to access a Virtual Private Network it generates a new number every few minutes that must be authenticated through the use of a Personal Identification Number (PIN).  You must use this combination in conjunction with an additional user ID and password which makes it difficult for unauthorized users to sign on with your ID.

Organizations of all sizes are opting to utilize Virtual Private Networks due to the many advantages that a VPN has to offer.  First, the use of a VPN is an effective way to reduce costs by implementing an infrastructure that is both scalable and secure.  In the long run this saves on costs you would otherwise invest on a leased line which does not offer as much security.

A VPN also reduces the costs of long distance communications since it is very easy to implement VoIP (Voice over Internet Protocol) communications.  This eliminates the maintenance costs associated with remote communications and the hardware infrastructure which is necessary to facilitate this type of company technology.

As the use of mobile devices grows in popularity a Virtual Private Network offers a viable solution for large companies that employ remote workers in branch offices who require access to the company network resources to perform tasks associated with their line of work.  A VPN represents a cost effective way for remote workers to access company resources over the network and to communicate with other employees who also work remotely.

Although some companies utilize what is known as an Intranet, a Virtual Private Network offers many more advantages in addition to improved security for communications.  An Intranet allows internal access to a variety of company resources however; a Virtual Private Network can offer direct communication as well as worker access to necessary documents and other resources that are organized on different servers.  This not only provides enhanced access but also increases security by being able to control who has access to what resources.

Virtual Private Networks also help to increase worker productivity since you are not restricted to one geographic location.  Instead, you can work at any time and from any location while still having access to the company network.  Additionally, VPNs allow for effective collaboration on projects regardless of where the workers are located.  Most of the modern Virtual Private Networks provide a shared space for collaboration in addition to tools for passing documents back and forth for revision and additional project collaboration. 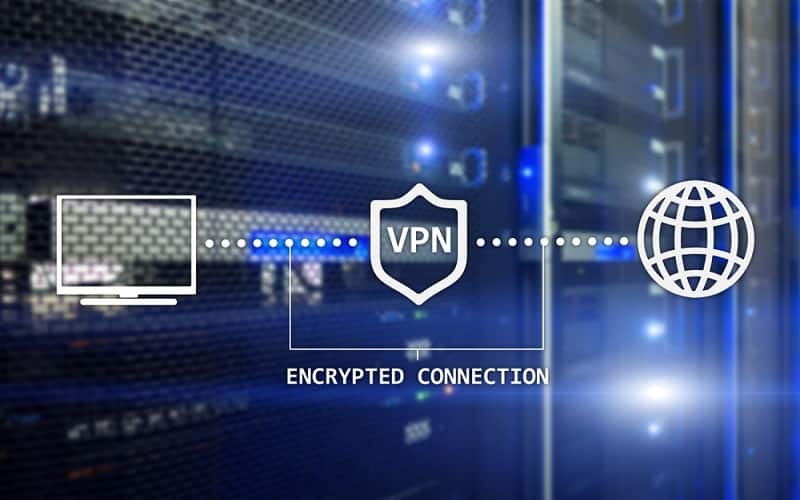