The times when you are talking to your parents back home or are talking to someone important for a business deal, signal dropping is the last thing you want, but that happens, right? You might have tried to check the number of bars and how they start to rise up as you leave the room and go to the street. So, it’s simply that your house doesn’t have adequate signals.

So, if you are using the AT&T network, they have launched as the MicroCell, which is the ultimate answer to your signal enhancing needs. With this article, we are sharing a complete guide about AT&T MicroCell to share much-needed information.

What Is AT&T Microcell

This device will work as the wireless signal booster, which is the result of AT&T and Cisco. With this signal booster, the fixed broadband internet service is implied to boost the strength of signals for wireless services by AT&T. The signals will be boosted for texts, internet data, and voice calls. The best part is that there shall be no hindrance in the Wi-Fi connection, and the signals won’t be disturbed.

With AT&T MicroCell, the users can connect four devices at one time and offers 3G internet speed for the data consumption. As far as the coverage is concerned, it offers signal strength in multiple directions with a radius of 40 feet. All in all, it offers around 5,000 square feet coverage.

The signal strength of mobile signals is an integral need for everyone, and if you want to use the MicroCell, you need to consider the following points;

The wireless service contract is used to estimate the bill when you are using MicroCell to make calls or use the internet through the data. However, there is an unlimited MicroCell calling features through which you won’t have to use the wireless plan minute while using the AT&T MicroCell. Even more, you can just connect the call through MicroCell, and if you walk out while talking, the wireless plan minutes will not be used either. There are no extra charges for the call minutes.

This device is intended for people who want to enhance the signals because the wireless signals are weak at home. However, if the house or office space already has strong signals, there will be no further improvement in signal strength.

In some cases, people with already strong signals might be negatively affected if they decide to use MicroCell. In other words, this is only a good fit for people who want to enhance the signals, and one shouldn’t be greedy for signals (if you know, you know!)

As we have already mentioned at AT&T, MicroCell doesn’t hinder or cause issues with Wi-Fi signals. Also, this means that you can make a call while using the internet browser, and there will be no impact on surfing. In addition, there is no need to worry about compatibility because MicroCell is compatible with other handset services such as text messages, voicemail, and internet data.

There are many people who need additional signal strength, and one booster isn’t adequate to amplify the signals for the entire space. For such people, it’s a piece of good news that multiple MicroCells can be installed if 5,000 square foot coverage isn’t enough for them. While installing multiple boosters in the space, make sure they are 40 feet apart, at least. This distance is essential because the close installation will do more damage than good hindering the signals.

Is It Suitable to Use MicroCell For Data?

Well, we wouldn’t say that you cannot use the MicroCell for using the data, but there are people who want to replace the booster with Wi-Fi. For such instances, it’s not a good choice because you should always prefer using Wi-Fi for downloading the files, streaming the videos, and during the browser. Wi-Fi is another option, and if you are using the AT&T MicroCell for the internet, the standards rates for Wi-Fi shall still apply.

If you want to use AT&T MicroCell, you need to have a mobile set which has 3G, 4G, and 4G LTE compatibility. In addition, you cannot be used with GoPhone. However, if you wish to use it, it can be added to approved users upon request. In contrast, other mobile sets aren’t compatible at all. Also, this means that AT&T MicroCell isn’t compatible with Kindle, Apple, QUE, Nook, iPad, or Sony Reader.

As for the people who are using multiple boosters at one time, they often question if they can hand over the calls to a different device. So, to answer your question, no, the MicroCell connected devices cannot be used to hand over the calls. Also, the best part is that if you connect your call from AT&T MicroCell and leave the house or space where there no services available anymore, the call won’t be disconnected. However, there is no option for transferring the calls from the tower to the MicroCell, and the only option will be to cut the call and connect again through MicroCell.

If you are done with AT&T MicroCell, you can unplug the booster from the router and other power sources. In addition, there are other steps to follow, such as;

While you are at it, you need to understand that AT&T will disconnect the MicroCell automatically if you haven’t used the services for over a year. However, if you want to recover the account, you can reactivate the MicroCell from the website easily. 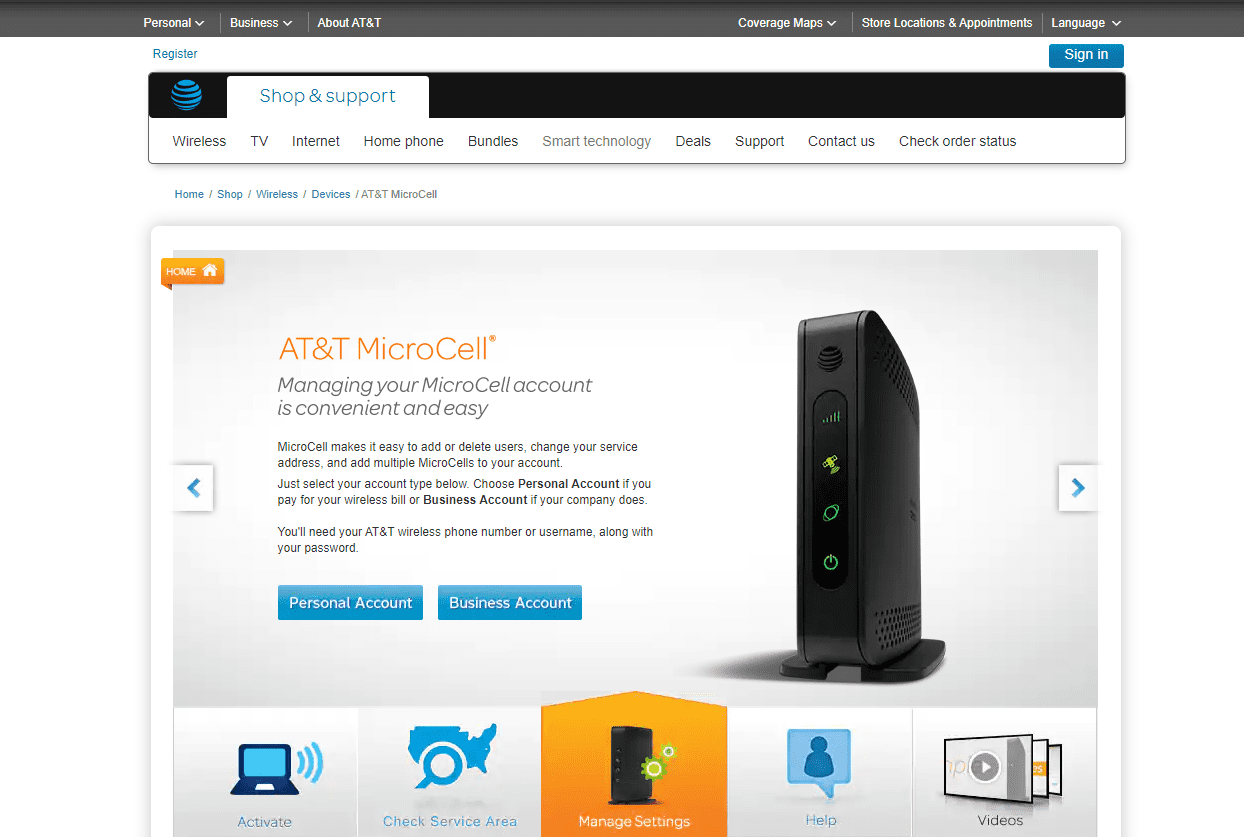