Once again, marketers have muddied the tech waters by misleading consumers with less-than-truthful descriptions of their products. Like “4G Smartphones.” Or “4K TVs.” Here, AT&T has gone beyond the pale with their ‘MicroCell’ offering, which is actually a femtocell. It’s akin to calling skateboard a motorcycle.

The comparison is an exaggeration but not by much. To understand the misnomer AT&T is passing onto the public, consult the table below, taken from a recent article found on our website:

You may be assured that the AT&T “MicroCell” has nowhere near the range of a “real” microcell nor (thankfully) does it consume anywhere close to a microcell’s “PA (Power Amplifier) Power” wattage range. As repeaterstore.com says, “Don’t be confused by the AT&T trademarked “MicroCell.” That capital C means that this MicroCell has a range similar to that of a femtocell, making it much smaller than what is generally considered a microcell.”

This “wireless cell signal booster tower antenna” is built by Cisco Networks and branded with the AT&T logo on the housing. The tower delivers up to 5 bars of AT&T cell signal to 3G and 4G mobile devices, supporting as many as 4 users simultaneously. Measuring 5.2 x 2.5 x 5.2 inches, it weighs slightly over a pound.

Here’s a YouTube vid from an actual MetroCell user:

Given the oblique corporate nature of AT&T, it comes as no surprise that the company either by intent or oversight omits specifying the network range of their product in the MicroCell user manual. To their credit, the manual adds that while the device “supports data usage, it is not intended to be a replacement for your wireless network (Wi-Fi).” Remember this; we’ll refer to these words before concluding.

If you’re intent on using the MicroCell in your home or office, you’ll need the following:

Note the last stipulation — the MicroCell works with only AT&T devices since it transmits and receives solely those frequencies AT&T uses in its cellular networks. Like other femtocells, the device is locked into use with just one carrier. More caveats: while calls transfer from the MicroCell to the AT&T cell tower with the most robust signal, calls started on the cell tower do not transfer to the MicroCell. Too, using the MicroCell doesn’t necessarily mean unlimited calling. While users have the option to buy the ‘AT&T Unlimited MicroCell Calling’ plan for an individual phone number or an entire AT&T account, one may simply opt to use existing minutes from another wireless plan. Also, the MicroCell can be used in conjunction with powerline Ethernet adapters to connect with a router.

In years past, the Internet was rife with tales of  MicroCell security breaches. In response, the MicroCell now requires an “approved user list” to access one’s local wireless network. While it limits usage to no more than fifteen users per account, it’s a basic security precaution to keep your neighbors or anyone else in close proximity from burning through your data cap. If an AT&T 3G, 4G or 4G LTE wireless cellphone number needs to be added to an approved caller list, visit att.com/MicroCell to manage account settings. 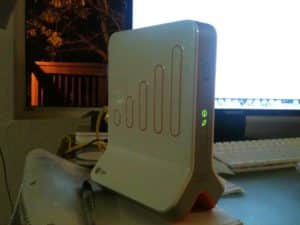 Is the MicroCell Different from a “Signal Booster”?

According to the blog at wilsonamplifiers.com, “an AT&T Signal Booster takes the existing weak (cellular) signal, amplifies it multiple times up to 32X, and then rebroadcasts the boosted signal to an area in need in your home or car.” That’s right; specialized signal boosters meant for use in one’s vehicle are available and can be used with Bluetooth headphones. They’re powered by a USB-A connector and a cigarette lighter power supply adapter.

On the other hand, the MicroCell requires a fixed broadband Internet connection. As the blog notes, those wily AT&T marketers are hoodwinking consumers into believing that by purchasing a MicroCell they’re getting their very own personal cell tower! In fact, the consumer is paying more for service he or she should already be receiving — in effect, subsidizing AT&T plant infrastructure.

The bottom line: Do you need the AT&T MicroCell? In two words — probably not. Sure, if you’re in the middle of nowhere and can’t use a signal booster because there’s absolutely no signal to be had, then the MicroCell (or any femtocell for that matter, depending upon one’s carrier) is an alternative.

But why burn up precious cellular plan minutes at home when one can use Wi-Fi calling? Most newer SmartPhones support Wi-Fi calling, so why not set up a personal wireless access point (WAP) or hotspot? If visitors need to call on their SmartPhone (and can’t access their own network), merely allow them ingress to your home WLAN — they can still take advantage of all the bells and whistles their device features. And it works with SmartPhones from all cellular networks. Save your money; MicroCells are best left to those with no other viable options. 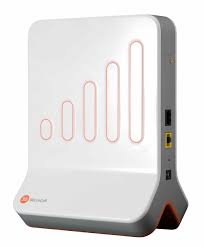