The IAG recognizes that tech doxology can confuse those of us in the choir and it’s easy to see why. Word salad acronyms, misleading marketing misnomers (e.g., AT&T’s 5G E and 5G+) and obtuse portmanteaus describing niche technologies can be challenging to fathom. We’re here to help and—speaking of 5G—below we centrifuge 5G WiFi from terms like mobile “5G,” “WiFi 5” and “5 GHz.”

Seeking pithier marketing IDs, the Wi-Fi Alliance in 2018 retroactively renamed the existing IEEE 802.11n and 802.11ac standards WiFi 4 and WiFi 5, respectively. The latest WiFi generation, 802.11ax, is known as WiFi 6. While these monikers are consumer-friendly, 802.11xx technical names have not changed.

But… Many tech pundits interchange the term “5G WiFi” with “WiFi 5.” Their reasoning? The 802.11ac standard is the IEEE‘s fifth-generation WiFi release, the fifth progression of 802.11a/b/g/n releases. Now, mobile carriers (MNOs) have begun migrating their licensed spectrum to “5G”—the fifth generation of cellular mobile communications.

Moreover, the semiconductor giant Broadcom—which provides software applications for networking gear such as wireless routers, access points and smartphones—has also branded its use of WiFi 5 technology as “5G WiFi.”

Did you know that WiFi 5-enabled radios don’t broadcast on the 5 GHz frequency? A so-called “5 GHz” radio in a WiFi 5 router in truth transmits across a range of frequencies between 5.65 MHz to 5.925 MHz. Like a T1—one of the hoary T-carrier systems—circuit, the usage of both of these commonly used terms is descriptively inaccurate. A T1 delivers a data speed of 1.544 Mbps, not 1 Mbps.

No wonder laic web users garble the term “5G WiFi.” This nom de la technologie has come to encompass a variety of ostensibly related applications. But none refer to today’s topic, “5G WiFi.” And the term “5G WiFi” too, is a misnomer. We explain below.

To begin, you’ll be among the first viewers worldwide to watch Ericsson’s Peter Linder try to sell you, the consumer, on the benefits of 5G WiFi aka Fixed Wireless Access (FWA):

5G WiFi or FWA is a sibling to the mobile 5G technology deployed by MNOs. Both use the 5G protocol, delivering much faster data speeds and lower latencies while supporting simultaneous connectivity to many, many more devices by comparison to LTE.

Ericsson notes that “around half of all households in the world – over 1 billion – are yet to have a fixed broadband connection.” Just as previous wireless technologies helped underdeveloped countries leapfrog past expensive wireline infrastructure buildouts, FWA can help resource-strapped regions utilize the latest white-hot broadband speeds and almost limitless network capacity.

To illustrate, in 2018 Mathew Oommen—president of Indian telecom operator Jio—noted that of the 51 million micro, small and medium enterprises (MSMEs) in India, only 1 million had wireline broadband access.

Moreover, the ITU-T “estimates that less than 50% of the (world’s) 2+billion homes are served by fixed broadband access technologies.” FWA can meet underserved consumers’ needs for Internet connectivity and the technology can be deployed relatively quickly. One need look no further than China.

However, there is a caveat. To reach an acceptable balance between coverage and capacity, the bottom portion of the radio spectrum’s super high frequencies (SHF)— i.e., between 3 and 30 GHz—is favored for FWA deployment across most of the world. Specifically, frequencies between 3.3 GHz and 4.2 GHz are the “beachfront” spectrum coveted by most wireless operators.

While SWA may be a panacea for regions without built-out wireline infrastructure, dense populations in highly developed nations like the U.S. already have DOCSIS access. And, as Huawei global VP Daisy Zhu states, “The U.S. has a problem with spectrum.”

Don’t let manufacturers such as Nokia and Ericsson and MNOs like Verizon and AT&T mislead you into believing that 5G WiFi is like your home WiFi. It most certainly is not. 5G FWA broadcasts data over licensed spectrum—not across “free” frequencies like 2.4 GHz or 5 GHz.

Our faithful readers know that the term “Wi-Fi” is a trademark licensed by the WiFi Alliance. A careful parsing of the documentation provided by networking manufacturers and carriers reveals a total absence of the term “5G Wi-Fi.” Instead, readers see the terms “fixed wireless access” or “FWA.”

The reason why, of course, is that manufacturers label their devices “Wi-Fi Certified to indicate their complete WiFi interoperability. Wireless devices using proprietary spectrum do not qualify.

Since a 5G base station or “new radio” (NR—a 5G global standard) broadcasts over licensed frequencies (e.g., 3.5 GHz and 28 GHz bands), consumers will need to acquire specialized CPE to receive and process these radio signals. Your home WiFi router doesn’t operate on these bands.

Our faithful IAG readers remember our take on 5G MMW and our disdain at those who forecast that FWA will soon be a “replacement product” for DOCSIS. We still scorn the thought.

Unlike your LTE mobile device, devices receiving 5G MMWs can’t receive radio signals indoors unless the signal is captured on an antenna mounted outside of the building and transported inside. Indoors, users need more CPE to transform their signal into 2.4 GHz and/or 5 GHz frequencies if they wish to tap into their home WiFi. And they will; MMW signals rely heavily on line-of-sight and won’t go around corners or through walls or floors. 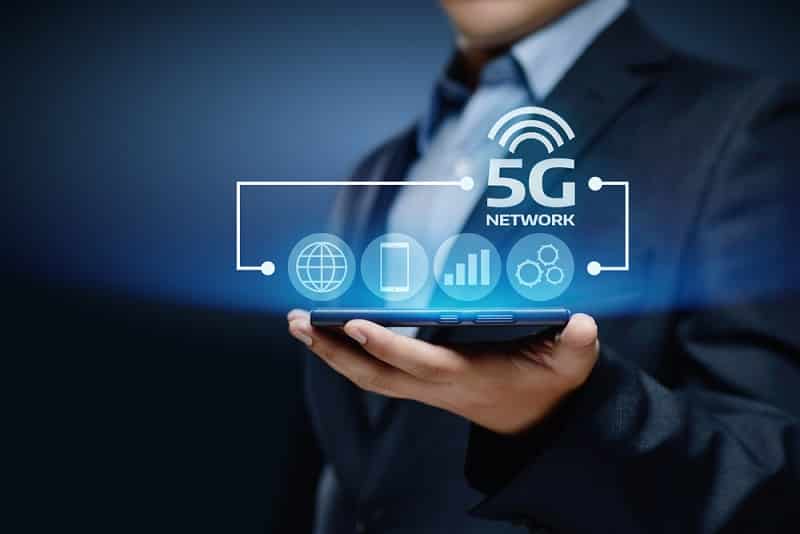