A number of people worry about this before they make a purchase for headphones. It is a commonly believed myth that Bluetooth headphones can cause cancer and that corded headsets are a safer bet. Although this myth makes sense, it is not entirely true. While a corded phone line might emit zero radiation, the same, however, is unfortunately not true when it comes to corded headphones.

However, before we delve into finding out which headsets are safe, let’s give you a rundown on how each of them works.

And the radiation is continuously emitted making the use of Bluetooth headsets potentially harmful for people who use it for a longer period of time. Although all smartphones, running on 1G, 2G, 3G, or 4G, also emit the same radiation, however, their frequencies are different.

According to studies, the RF radiation, caused by microwave ovens or Bluetooth headsets in this context are carcinogenic, which means it increases your risk of developing cancer.

Minor side effects of using a Bluetooth headset that emits constant radiation include headaches, insomnia, and also neck pain.

Contrary to a popular belief when you use a corded or a wired headset, the radiation travels right to your ears through the cord like an antenna, so the two are basically the same. In fact, when you use a corded headset, the radiation travels directly to your ear canal to your head. In fact, the wired headsets increase your brain’s exposure to radiation, multiplying it by as much as three times.

Also because the wires contain metal, it becomes easy for the radiation to be conducted from the device the earphones are connected to, to your ear canal and head.

However, the corded or wired headsets can be made a little safer as compared to a Bluetooth headset.

Here’s how that can be done

The addition of ferrite beads to your corded earphones is a smart way of making the wired headphones safer.

Ferrite beads are that cylindrical beads on most of your charger cords and other electronic devices that come with a wire. These ferrite beads can be used to stop high-frequency electricity so that frequency surges don’t destroy the circuit boards of the device the wire is connected to.

These ferrite beads are also responsible for reducing RF radiation. Although they do not block the radiation entirely, however, the ferrite beads can filter about 90% of RF radiation that your ear canal would usually absorb when you use a wired headset without them.

Ferrite beads are rather inexpensive and easily added to wires. All you have to do is to connect it to the base of your headset and you’re good to go.

Using ferrite beads will actually make your wired headphones safer not only as compared to a Bluetooth headset but also compared to a corded headset on its own.

Bluetooth vs Wired Headphones Radiation- Which One Should You Pick?

So what should be your ultimate choice, ferrite beads on corded headsets or Bluetooth headsets?

Well, to be honest, we’d give you other safe options.

Whenever you have to answer a call on your cellphone, it is recommended to use the speaker feature. Using the speaker will prevent the direct contact of radiation with your head.

However, if you really need to have a headset (while you drive or are busy somewhere) the safest option would be to use wired headphones that are connected with ferrite beads.

Although air tube headphones look like the regular wired headphones, their design and structure ensure that there is no EMF transmission when they are used.

This is achieved through a special design that makes use of hollow air tubes for transmitting sound rather than the traditional metal wires.

Usually, air tube headphones have a braided nylon cord that has a copper core, which helps in blocking low-frequency electrical signals. Also because these headphones have air-filled hollow tubes, the sound quality, tone, and acoustics are enhanced.

After the conversion, acoustic signals travel via the air tubes, which are hollow and flexible. The sound is then reached through metal-free ear-buds enhancing not only the user’s listening experience but also keeping them safe from the risk of radiation.

However, if you’re looking for an entirely safer option, you have the choice of Air Tube headphones which make use of hollow air tubes to transmit sound signals to your ear, making sure no EMF transmission takes place. 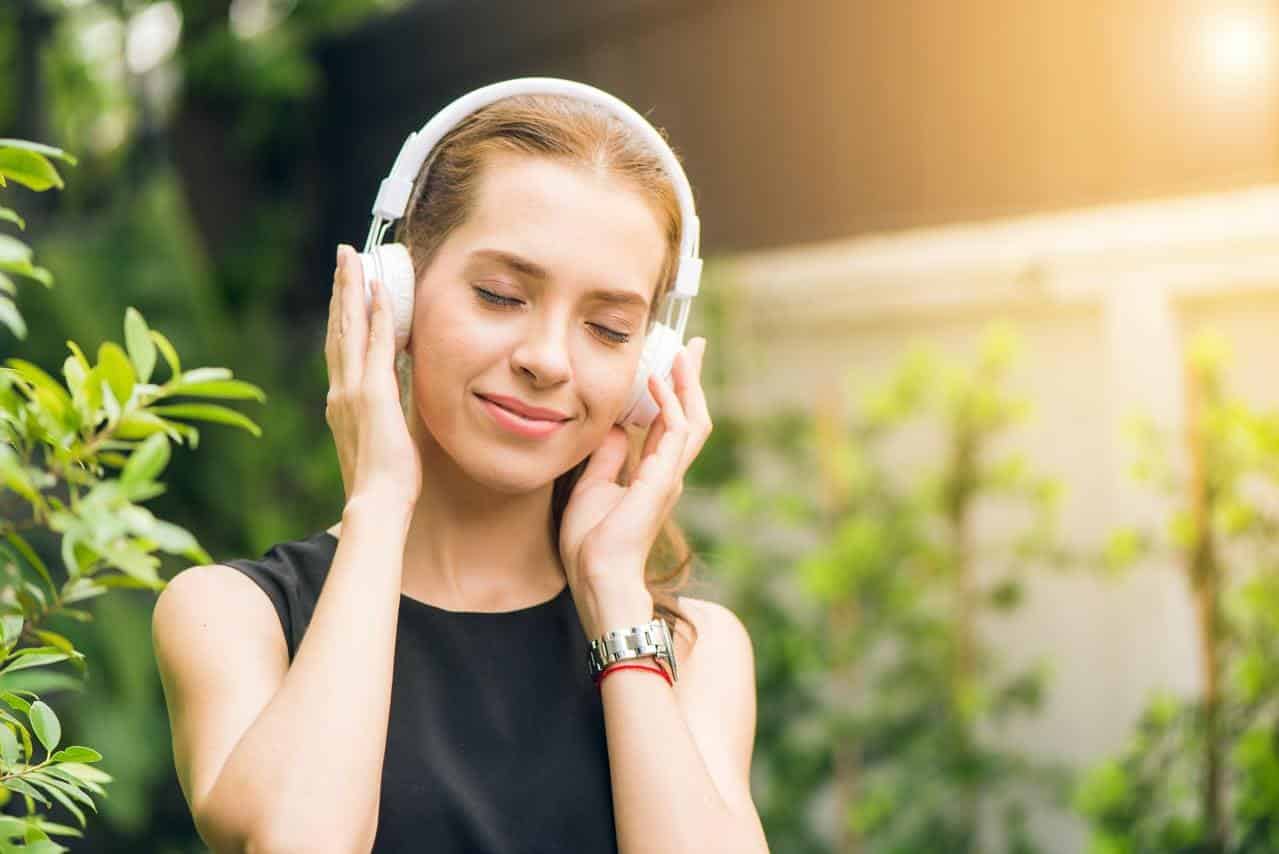 1 thought on “Bluetooth vs Wired Headphones Radiation- Which Is Safer?”