Last time when we examined Bluetooth, readers will recall that it connects devices using radio waves across relatively short distances, typically up to 10 meters. But while Bluetooth is a hoary technology — at least by the standards of Cooper’s Law — Near Field Communication (NFC) is a newer form of device-to-device (D2D) communication and one that holds great potential for e-commerce and other applications.

What is Bluetooth? What is NFC?

As defined previously, “Bluetooth technology is a standardized, secure protocol for transmitting and receiving data via a 2.4 GHz wireless link.” NFC, on the other hand, is what is known as a “proximity card” or “contactless card” technology, which has a read range extending only to 50 cm (15 in) — much less than Bluetooth range. NFC encompasses a range of standards for personal communication devices that link to each other via radio frequency (RF). The NFC protocols are based on existing radio frequency identification (RFID) standards — more on that below — including ISO/IEC 14443 and FeliCa (commonly found in Japan). Other standards include ISO/IEC 18092 and others created by the NFC Forum, a consortium established by Nokia, Philips and Sony which now includes over 160 members. NFC operates in the unregulated RF band of 13.56 MHz, which indicates its limited data transfer capacity. 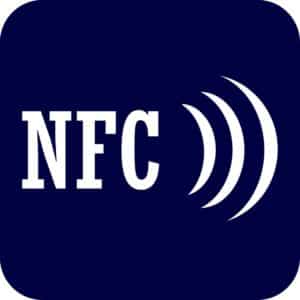 According to nfc.org, there are three kinds of NFC technology: Type A, Type B and FeliCa. The difference between the three is defined by the way they communicate with other devices. Moreover, there are “active” and “passive” NFC devices. A SmartPhone would be considered an active device while a NFC (RFID) tag embedded in a packing label would be passive. As one might expect, active devices send, receive and read data; passive devices merely contain data and transmit when authorized by an active device.

Superficially, Bluetooth, Wi-Fi and NFC appear to be similar since all three are forms of wireless communication and exchange data between enabled devices. What separates NFC from the others is that it uses electromagnetic (EM) radio fields whilst the others function utilizing radio transmissions. Prior to the development of Bluetooth Low Energy (BLE), NFC used less power than the legacy Bluetooth standard but from a power architecture standpoint, both BLE and NFC are remarkably energy efficient. And instead of pairing devices manually, as is the case with Bluetooth, merely placing NFC-enabled devices next to each other establishes a peer-to-peer (P2P) network in less than a second. Once the P2P network is configured, Bluetooth or Wi-Fi can be used to send and receive larger amounts of data or if longer range communications are needed. This handover is seamless and occurs without severing the data link. NFC also turns necessity into a virtue by its reliance on close proximity. The short span between NFC devices minimizes the interference commonly found with Bluetooth devices, especially when several enabled devices are close by.

NFC evolved from RFID, a technology in existence for a half century and deployed across the globe. Every RFID tag has a memory chip that stores data and an antenna. It’s a ubiquitous tool widely used for inventory control and package tracking. Ever take your pet to the veterinarian to get “micro-chipped”? What about the “EZ Pass” sticker on your car’s windshield so you can enter the tollway without stopping at a tollbooth? Those are but two applications of RFID technology. 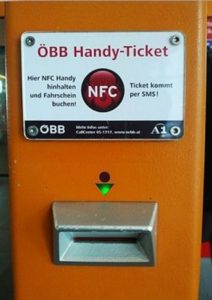 While RFID works fine from a distance of several feet, as can be implied from the examples above, NFC has a much smaller range of only a few inches. Too, unlike RFID, it can be used for two-way communication and has better security features. Combined with host card emulation, NFC can transform your SmartPhone into a digital wallet. Welcome to the world of contactless payment where one tap of your phone can buy groceries, redeem electronic coupons and amass merchant loyalty credits.

Stacking Up NFC to Bluetooth

While similarities between NFC and Bluetooth abound — both are wireless, both need specialized hardware and both share data between devices — they do differ in a number of ways, some of which were discussed above. Another dichotomy is found in the nature of the connection between linked devices. NFC connections are characteristically of short duration while Bluetooth “provides a more stable connection for a longer duration.”

So is Bluetooth better than NFC? A few years ago, Apple seemed to think so but they’ve now joined with Samsung and Google in adopting the NFC mobile payment standard. Mobile payment is certainly a big deal for this reason: EuroPay MasterCard Visa (EMV) Point of Sale (POS) terminals have been deployed in hundreds of thousands of retail locations because card processing fees will increase if merchants don’t have these POS terminals available to consumers by 2016. To use the 20th century Betamax v. VHS metaphor for supremacy in mobile payments, NFC (VHS) has apparently won.

As hubpages.com blogger Mrinal Saha writes, “NFC is not better than Bluetooth; neither is Bluetooth better than NFC. Both are quite different technologies with somewhat similar functions. Both have their advantages and disadvantages depending upon the implementation. For example, to share a song, I prefer Bluetooth whereas for a small link, I go for NFC.”

Impeding the adoption of one mobile payment standard everywhere is the world’s largest retailer. Walmart Pay, although it may sound like Google Pay, Apple Pay or Samsung Pay, is not compatible with these NFC-type platforms. It uses an app that scans a Quick Response (QR) code at the register when the shopper pays for the purchase. 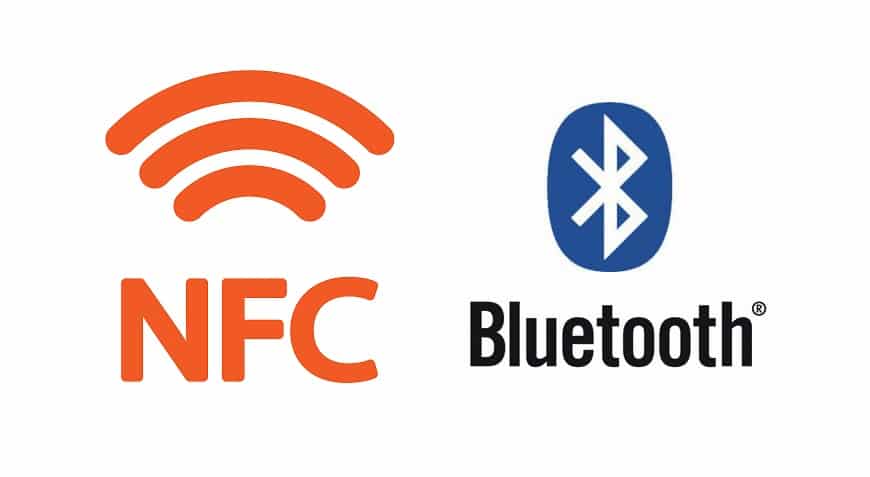