Science and Technology have made human life easier and comfortable in every possible way. With each passing day, more and more digital devices are being marketed that are much more efficient by performance in their respective field, in comparison to their previous versions or potential competitors. This is the 21st Century, and almost every single person has his own collection of preferable gadgets, whether in the form of a device or a feature, to improve his music experience.

Listening to your favorite music while doing your job; has become a trend all over the world. Playing the list of your favorite songs on your car’s stereo or your home sound system, is not like fighting tooth and nail, but deciding the best mode of connection to get maximum melodious sound results?

Definitely, it is a tooth grinding job that requires some knowledge. If you wish to enjoy your favorite music uninterrupted in the best tones and nodes, you might have to sink your teeth into this comparison between an AUX cord and the Bluetooth feature.

What is AUX cord?

An auxiliary cable, usually known as an AUX cord, is a small cable that connects devices together. It comes with small a 3.5 mm jack on both terminals. Some cables are also available in the market with different connectors at one of its ends.

Playing the sound using an AUX cord generates better signal transfer because it provides a direct audio connection along with a full-bandwidth frequency response. An auxiliary input generally does not have its own signal-to-noise ratio. That means the signal does not get degraded by the process of transferring to your stereo.

The good thing about using an auxiliary cable is that it directly delivers the signal from the source of sound to the car stereo and produces zero unnecessary electronic manipulations.

What is Bluetooth Network?

Bluetooth is a wireless technology that has garnered a tremendous amount of popularity among the users, because of its ability to connect things wirelessly and easily stream music to your stereo. The music signal via Bluetooth is broadcast wirelessly from the transmitter to a receiver.

Both the devices must have the Bluetooth feature, either the Bluetooth functionality is built-in or added through some external devices like adapter into your music player and car stereo or sound system. The technology used by Bluetooth when streaming music is superior to most FM transmitters, which were the old ancient forms of wireless connection.

Bluetooth signals are transmitted digitally which means that these signal transmissions are capable of carrying more information. This way it is able to render better sound quality, than FM transmissions that are analog signals usually.

Moreover, Bluetooth technology uses a method called “spread spectrum” transmissions for broadcasting the signal parts over coded frequencies that are constantly changing. This blocks out most of the unwanted interfering signals since the Bluetooth receiver is the only one accepting data packets that are addressed to the receiver specifically.

Comparison between Bluetooth and AUX Cord

Aux cords are time-tested and visible so they remain common. The simple analog convenience of Aux cables is one of the reasons these cords are popular. But Bluetooth offers a secure local wireless connection between two devices which makes it more popular. Comparing the two modes of connection and signal transmission helps to select what’s better to use, an Aux cord, or the Bluetooth feature?

It is easy to connect a phone or an mp3 to a sound system using an Aux cable, but the cord length limits the distance between the computing device and its host. It does not require a digital set up. You will only need a headphone jack that can run data from the source of audio to an Aux input on a receiving device. Aux connections only need a physical card but it can get lost or damaged anytime.

As for the Bluetooth, there is no cord needed and thus no limitations. The device can even be in another room or as far as 33 feet from its host. Bluetooth provides more freedom of movement between the device and its host. You can even make hands-free calls via Bluetooth connection which you certainly cannot do with Aux connection.

Using a Bluetooth connection to connect your phone or mp3 device to a speaker system, the speaker must be placed on a discovery mode. Only then, a phone will be able to locate the speaker. But this process is not as easy as it sounds. Sometimes, devices just don’t recognize each other.

Thus, they become unable to pair-up which means the process has to be repeated until it works. Sometimes, for pairing, it requires a passcode to recognize a connection. All this drama really changes the simple process of playing audio into a job giving a hard time. All of this can be avoided while using an AUX connection which uses only a simple cord to connect devices.

It is observed that auxiliary inputs seem to deliver the same quality of sound, but actually they don’t. It is due to the difference between the digital-to-analog converters (DAC). Unless you use a high-resolution audio player, the DAC in stereo is superior to that of the music player’s.

The DAC has to reproduce a high-quality signal for stereo as it is made for powerful high audio outputs. For sending audio signals through a wireless Bluetooth connection, it needs to compress the digital audio into an analog signal at one end and then, on the other hand, decompress it into a digital signal. This back-to-back conversion results in a minor loss of sound fidelity via Bluetooth connection.

Aux connections are analog so there’s a wide range of sound systems that are compatible. Almost every sound-playing device has a wired Aux input except iPhone.

As for Bluetooth connections, it can work with an array of peripheral devices with the exception of old or archaic sound systems. The fact that Bluetooth technology can also be used for more than just listening to music, isn’t ignorable. 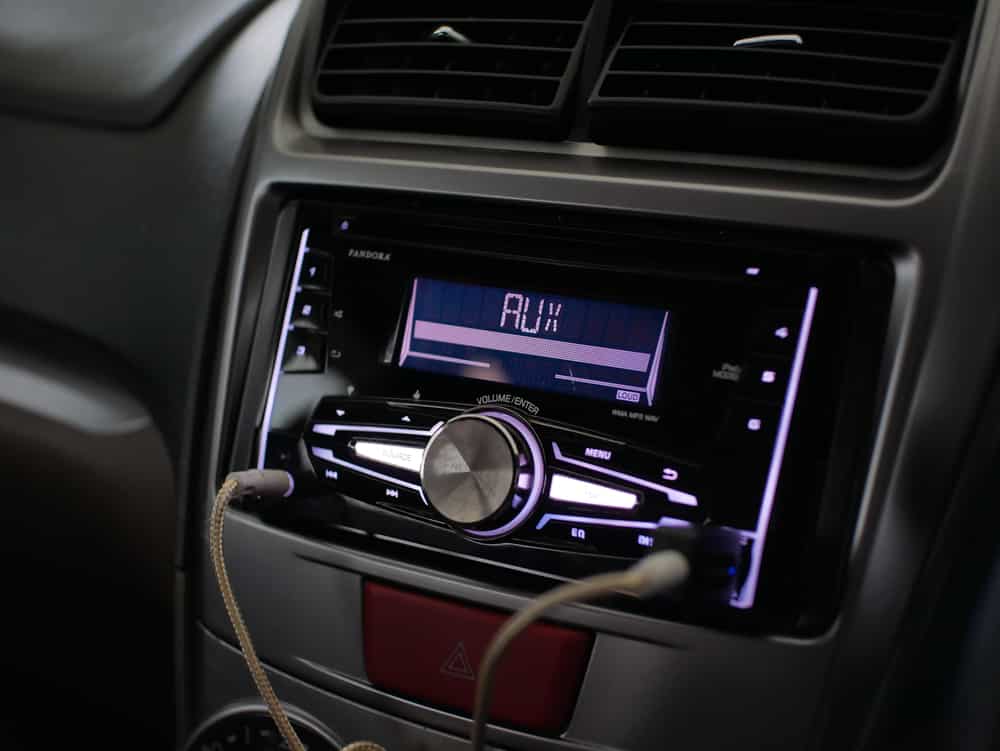