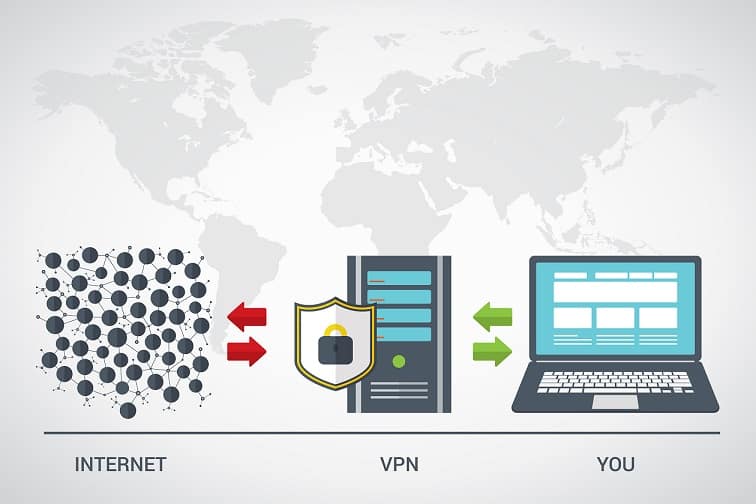 Do VPNs Slow Down Your Computer?

Probably, but deal with it. Here’s how to get back to speed. 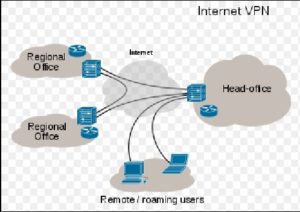 One: you should use a virtual private network (VPN) unless you ALWAYS securely access the Internet, i.e., use data encryption. Do VPNs slow down your computer? And how “secure” is your home network? To keep you awake at night, let us remind you that your home’s DOCSIS or DSL service is today’s variant on the 20th-century telco “party” line used to serve multiple homes. Heard of firmware hacking?

If you haven’t, then it’s time to improve your awareness of cybersecurity. Since black hats continually evolve the sophistication of their cyberattacks, you must keep up-to-date with the latest best practices to secure your personal data online. A VPN is the “stitch in time that saves nine” because if your private info is ever compromised, you’ll have lots of “stitches” to make.

Two: You’re aware of the necessity of a VPN but noticed your web speeds have slowed way down. You’re okay with trading off a bit of velocity to be secure online but still… every webpage takes so long to load. What to do?

We’re here to help. Not all VPNs are created equal; no surprise since some providers offer free versions of their products. Check the list below to quicken your browsing speeds when using a VPN. We also briefly mention some VPNs you might consider for your own use.

Cast your eyes on this brief YouTube vid from vpnMentor:

Just to be clear, a VPN is a network connection using data encryption between a device and a server, preventing unauthorized access. The best encryption currently available? It’s a block cipher algorithm known as Advanced Encryption Standard (AES). The strongest level of strength is 256-bit, the intermediate is 192-bit and the weakest is 128-bit.

While there are all sorts of good reasons to use a VPN, including accessing web content blocked by country or region, our main concern is bolstering user cybersecurity.

As a rule, encrypting (and decrypting) data slows connection speeds. More secure encryption (i.e., 256-bit) can mean slower speeds. The goal is to make data as secure, connections as efficient and latency as brief as possible.

How Does a VPN Slow Browsing Speeds?

A number of factors can drag down connection speeds.

Using a VPN’s server located on a distant continent adds latency to your connection. If you live in North America, for example, try using VPNs with servers either in Canada, the U.S.A. or Mexico — the closer the better.

There are two ways to integrate a firewall with a VPN server:

Firewalls use a process known as packet filtering, thereby controlling network access by monitoring packet traffic. Packet filtering either blocks data packets or passes them through to the Internet by matching IP source and destination data, ports and protocols.

Inquiring minds will also want to know about the difference between Transmission Control Protocol (TCP) and User Datagram Protocol (UDP). Let’s cut to the chase: UDP is much quicker (but less secure) than TCP; it’s connection-less and does not attempt error recovery, unlike TCP. If you’re gaming online, you want UDP.

Fewer VPN users do UDP, so by utilizing it you can speed up connection times. Should you experience trouble maintaining contact with URLs, change your connection back to TCP.

Also, it’s time to learn about maximum transmission unit (MTU). In brief, smaller MTU values can lessen network latency. A minor tweak to this process may increase connection speeds. Note that this setting changes from network to network.

Check the network speeds from your ISP provider using an online speed test. We like Speedcheck and testmy.net. Remember, as more users log on, speeds will slow down on a DSL or DOCSIS connection. Home users tend to be online Sunday – Thursday between 6 pm and midnight.

It’s possible that your VPN’s encryption protocol can “gum up the works.” One particular culprit is reported to be OpenVPN. This source claims PPTP is the fastest yet least secure and so recommends using SoftEther, IKEv2/IPSec or L2TP/IPSec.

Another source ranks these protocols by speed from fastest to slowest, viz:

Also, VPN traffic routing between multiple servers plays a role in connection speeds. Speeds also reflect the efficacy of the VPN’s network servers and the bandwidth used. If subscribers inundate an individual VPN server — scarfing up all available bandwidth — speeds will suffer as a result.

Remember that your connection speeds will be faster if you’re directly cabled into a network instead of using WiFi.

Don’t use a VPN with your router. Always configure a VPN on the end device (smartphone, tablet, laptop, etc.).

To the surprise of no one who believes obsolescence is built into consumer goods, CPUs on older devices have trouble keeping up with modern VPN encryption. In particular, these include early model mobile devices using Android and iOS platforms and 802.11g home routers and gateways.

Available with some VPNs as well as with Windows 10 (and, it’s claimed, previous Windows platforms), this technique divides encrypted and non-encrypted traffic in order to increase connection speeds for those applications that can bypass the VPN. See here for a Windows 10 split tunneling tutorial. Query your VPN provider to see if it offers split tunneling.

Now is a good time to note that Netflix, Wikipedia and many other services don’t accept most VPN traffic. Split tunneling routes their apps outside a VPN’s purview to keep them happy.

A Night at the Opera

You may be familiar with the Opera web browser. It’s similar to Google Chrome but we mention it because it offers a “free VPN” integrated into its browser.

But alas, it’s not a true VPN. Instead, it uses less secure proxy encryption. But it’s free! And it works with Netflix!

Speaking of Netflix: thebestvpn.com found that only 8 of 78 VPNs they tested work with Netflix. PC Mag reports Buffered VPN does.

Which VPN Is for You?

To be sure, there’s no lack of VPN choices. So we defer to our friends at PC Mag, who reviewed and rated various VPNs based on speed for 2019 using metrics like the number of servers, their servers’ geographical diversity and upload/download latency speeds.

Their three “Editors’ Choice(s)” for fastest VPN? TunnelBear, Private Internet Access and (their favorite) NordVPN. VPNs with free versions include TunnelBear and Hide.me.

Reddit users have their own preferences. They rate ProtonVPN as the best free VPN, Mullvad as the best VPN for torrenting and TorGuard as the best value VPN.

Blogger and MakeUseOf editor-in-chief Joel Lee also specifies VPNs to avoid, and yes, the Opera VPN is on his bad list. He also doesn’t like VPNs based in certain countries but unless you’re a Ross Ulbricht-wannabe, you should be okay with using them.

Your intrepid but penurious tech blogger has availed himself of TunnelBear’s free VPN for the past few years. He too at times griped at how long he waited for webpages to load.

But then he reminded himself that a VPN is his cyber seatbelt, a precaution that he’ll never need until he does. And if he uses it correctly, he’ll never know about that time he logged into his PayPal account at a local coffeehouse when a black hat happened to be on a laptop at the next table, mining unencrypted data over the establishment’s free WiFi from unsuspecting patrons.

Today’s Internet is a dangerous jungle, full of predators ready to prey on the unsuspecting. Don’t be a victim of identity theft — it can literally wipe you out financially. In particular, if you’re a person of means, you should ALWAYS use a VPN unless you’re ABSOLUTELY sure your mobile device is accessing the Internet over an LTE 4G (or 5G) cellular network.

1 thought on “Do VPNs Slow Down Internet and Your Computer? (Answered)”