Verizon is one of the most major mobile carriers in the US, with services being offered in a lot of countries. They are well-known for their stable and secure network, better signal coverage, and affordable packages.

Another feature that makes Verizon a bit better than other service providers out there is their high-speed internet connection that is pretty fast when compared with other mobile carrier internet services.

Their internet services are not only for mobile phones, but there are also a lot of other services being offered by them, that will make your experience with Verizon a lot better.

Cantenna is one such service with them that relies on an imposing Cylindrical antenna. They jokingly referred to it as “Cantenna” and the service is being marketed by the name ever since.

The antenna is mounted usually on the roof to capture 4G LTE signals for you, so you can have the access to high-speed internet if you are living in a remote location or at a cabin in the woods where you don’t have the option of broadband services.

A few things that you need to know about Verizon Cantenna are:

Verizon Cantenna is designed to provide internet coverage to all those who cannot have broadband services, or who want to have a better and stable experience.

The cantenna is basically the device that is mounted on your rooftop and is meant to provide you access to LTE signals so that you can access the internet where you are unable to get any other service.

Since it works with the Verizon network, there is not much that you will have to worry about and it can cover most of the habitable places in the US.

Yet, it would be wise to get the connectivity, and signal strength checked on your place before you get it installed for you. Except for that part, the coverage is not going to be an issue, with Verizon being one of the largest mobile carriers in the US and having an extended network of those towers to provide the best signal coverage to all the distant parts of the US.

Feasibility on the Verizon Cantenna is pretty good and you don’t have to go any extra lengths to have the internet coverage or manage anything like that. It works like an ordinary router or internet connection and the only difference that it has is on the input source.

While the other broadband internet services connect your home through a cable and then the router gets the job done for you, it is pretty much the same for Verizon Cantenna as well.

The cantenna acts as the input source and it will be capturing the Verizon signals wirelessly over their 4G LTE network. After that, the signals and data are transmitted to a router and then you can have all your devices connected over the internet through Wi-Fi pretty easily and without facing any problems at all.

Speed is another thing that one must know about before getting themselves an internet connection and, Verizon allows you the best possible speed out there. Their 4G LTE internet is widely known for providing some of the fastest data transfer speeds out there.

This way, you can ensure that you are getting high-speed internet and the best coverage in the most distant places without having to worry about a thing.

Network Stability is another thing that you will have to consider and that is why Verizon Cantenna would be the perfect thing for you to get. One cannot afford to have dysconnectivity problems with their internet connection these days.

Since Cantenna is on the Verizon 4G network, there is hardly any sort of problems that you will have to face on the network stability part.

This might be the only downside of getting yourself a Verizon Cantenna, as they are charging a bit more than the other internet service providers out there.

However, if you look at it in a way, that the service is being provided in those areas as well, where no other option is available and 4G LTE is one of the most advanced technologies as well, it all makes sense and it is certainly worth paying a bit extra for the service. 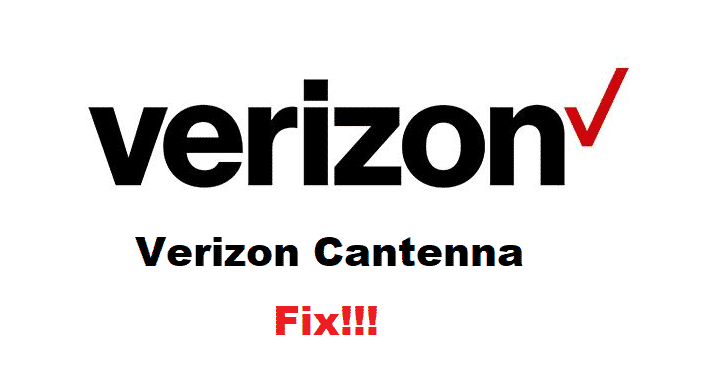