Not too long ago, 4G LTE was introduced as the fastest form of wireless connectivity. Now wireless carriers around the world are working on faster and reliable access with LTE Advanced technology.

Mobile data traffic has been rapidly expanding and has nearly doubled each year across the globe. LTE Advanced is a technology that is helping to meet this challenge and was first introduced in 2013. The technology is primary led by Qualcomm and powered by its third generation Gobi modems. Shortly after its inception, LTE Advanced began to be integrated into the Snapdragon 800 processors in mobile devices.

Since then, LTE Advanced has been gaining momentum in the mobile industry across the globe. The technology significantly improves the performance of mobile connectivity using advanced receivers and other technologies. LTE Advanced has also expanded into new areas such as broadcast television, device-to-device direct connections, unlicensed spectrums, and more.

What is LTE Advanced?

LTE stands for Long Term Evolution and is a wireless technology that is used by mobile carriers to provide access to high speed Internet. LTE is a high speed 4G (fourth generation) wireless technology. The work on LTE began almost one decade ago and was completed in 2009. The first deployment of LTE technology occurred in 2010.

LTE is supposed to provide high through put with a low rate of latency. Typically the technology should offer speeds at 326 Mbps (megabits per second) when running with 4×4 MIMO. MIMO stands for Multiple Input Multiple Output and is a wireless technology that is capable of transmitting more data simultaneously using multiple transmitters and receivers.

With 2×2 MIMO, LTE is supposed to run at 172 Mbps but, currently offers speeds of around 120 Mbps on the average depending upon how close you are to the nearest cell tower. The difference in the speed of what it is supposed to be and the actual speed is still commonly referred to as 4G by many wireless carriers. In reality, 4G is really a super charged 3G connection which satisfies some of the requirements of the 4G standard, but not all of them.

The advanced set of standards and technologies that make up LTE Advanced result in faster connectivity that delivers true 4G connectivity speeds. Typically, LTE Advanced offers a peak rate download speed of 1000 Mbps and offers speeds that are up to 40 times faster than 3G connectivity.

There are a few benchmarks that a mobile network must fulfill in order to be IMT Advanced. First, the network must be capable of delivering a minimum peak data rate of 100Mbps when the mobile user is traveling through the network at a high rate of speed. Second, when the user is in a standstill position, the network must deliver a speed of 1 Gps (gigabit per second).

LTE Advanced is also backwards compatible which means that LTE Advanced devices can work with LTE and vice versa. LTE Advanced offers connectivity speeds that are up to three times faster than LTE with fewer dropped connections.

Although LTE Advanced offers true 4G connectivity, it is likely that mobile carriers will be referring to it as 5G, despite the fact that it finally meets the requirements of a true 4G connection. The organizations that collaborate on the standards have only begun to discuss the requirements for a 5G network so there is no official definition of the standard as of yet.

Here is more information on LTE Advanced and more on where it is headed in the near future.

In addition to the minimum speed requirements, for a network to be considered true 4G or true LTE there are a number of other technical requirements, some of which include:

The current LTE that is used by mobile carriers offers some of these specifications, but not all of them. As a general rule, mobile users on 4G LTE networks in the United States can expect maximum download speeds of around 13 Mbps in heavily populated areas, according to network tests that have been conducted in major cities.

This is significantly less than the 100 Mbps requirements for IMT Advanced specifications. The good news is that for the majority of mobile tasks, the performance is not bad. If you are streaming bandwidth intensive videos the performance may not be ideal, but it is enough to handle most of your mobile multitasking needs.

This also means that it is only going to get better with LTE Advanced. Even with the 100 Mbps specification for LTE Advanced, the actual LTE Advanced connectivity speeds are most likely going to be in the range of 35 to 40 Mbps which is a lot faster than 13 Mbps.

Additionally, LTE Advanced is more than just faster speed. The advanced technologies for this type of connection enable smoother transitions when traveling between cell towers which means fewer dropped connections. It also offers more speed with the same amount of spectrum to allow more mobile users to access the network simultaneously. The main purpose of the additional capacity is to handle more users in preparation for unlicensed spectrums and The Internet of Things.

Without going into a lot of technicalities associated with LTE Advanced networks, LTE Advanced utilizes many different techniques and technologies that work together to produce faster network performance. This includes the use of hardware components as well as software applications.

LTE Advanced is not just one technology but many different technologies that are combined to achieve a common goal. Some of the goals include but are not limited to:

All of these components contribute to improved performance and a faster connection. You will also find that some of the mobile carriers will not label the new connection as LTE Advanced. Instead, they may place their own label on the connection type such as Sprint Spark if Sprint is your mobile carrier, or something similar.

LTE Advanced will take time to roll out across the globe. This means it may be available with some mobile carriers and absent with other carriers for the time being.

You will also eventually need a new mobile device that is enabled with LTE Advanced if you want to enjoy the faster speeds. As we mentioned earlier, LTE Advanced is backward compatible which means you can access the network using an LTE-enabled device. You just won’t be able to enjoy all of the benefits LTE Advanced offers in terms of broader coverage and faster connectivity.

LTE Advanced is basically equipped with upgrades from the previous LTE technology. This means that mobile carriers will gradually be performing the upgrades to their networks by implementing one type of technology at a time. Other mobile carriers may go all the way and deploy a full blown LTE Advanced network with all of the necessary technologies and software.

There are several carriers in Asia and Europe that are already implementing pilot projects for LTE Advanced networks in different areas. Additionally, there have been a few launches of devices that are enabled with LTE Advanced technologies.

In the United States, some of the major carriers such as Verizon and AT&T have been discussing and working on the creation of LTE Advanced networks. Part of the problem is the major carriers are trying to identify and acquire wireless bandwidth that is not currently being used. These unused areas of the spectrum are beneficial to upgrading existing LTE networks. Unused bandwidth may also be able to be deployed on an LTE Advanced network in the future.

In terms of seeing LTE Advanced rolled out, there are a few launch projects being initiated during 2014 with smaller rollouts slated for sometime during 2015. A technology market intelligence company known as ABI Research predicts that subscriptions to LTE Advanced with mobile carriers should reach 500 million by the year 2018.

LTE Advanced can use up to five different carriers to increase data rates and capacity for next generation applications. This indicates there may be more carriers on the market within the next three to five years which will help to spur the growth of LTE Advanced networks.

When LTE Advanced will be rolled out globally remains to be seen. Consumers can expect the technology to gradually appear in mobile carrier offerings as the technologies are gradually deployed. Once LTE Advanced is widespread, consumers will be able to enjoy a seamless transition between access points and overall better performance when accessing mobile applications and daily tasks. 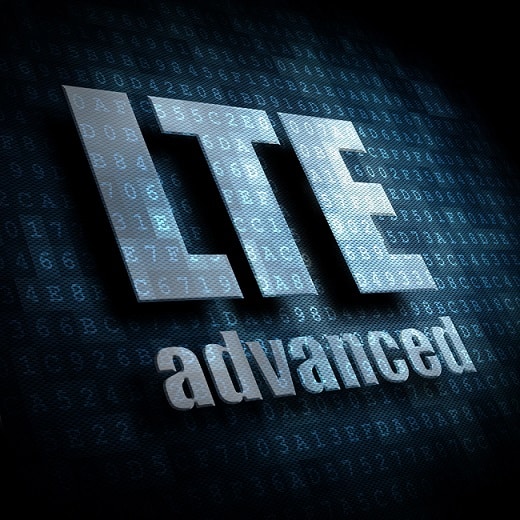